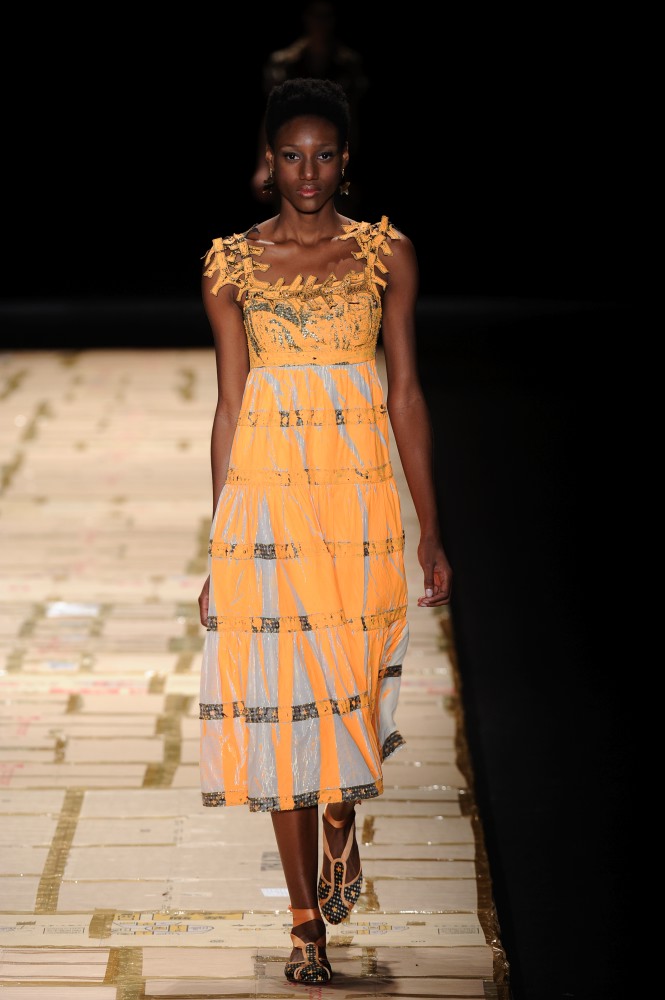 Isabela Capeto a graduate of the Accademia di Fashion in Florence, Italy, entered the fashion world 15 years ago. She trained under Pretty Maria, Extra Pretty Maria, Lenny and Bangu Plant before launching her own label. In 1990, the designer studied fashion in Florence, Italy, and back to Brazil, she worked for a decade at Maria Bonita, Maria Bonita Extra and Leny. In childhood, Isabela was called by friends Isaba, and thus became the name of the studio as soon as it opened.

In 2003, her eponymous label debuted at the charming quarter of Topsail in Rio de Janiero, and the label was an instant hit among the customers. Capitalizing on that success, Isabela Capeto started selling her collection at Zezé Duarte, in Belo Horizonte, and the Club Chocolate, in São Paulo. And with the help of Robert Forest, the label catapulted to the international market and currently being sold at Blake, To tend, Weather Vane and Steam, in the United States. 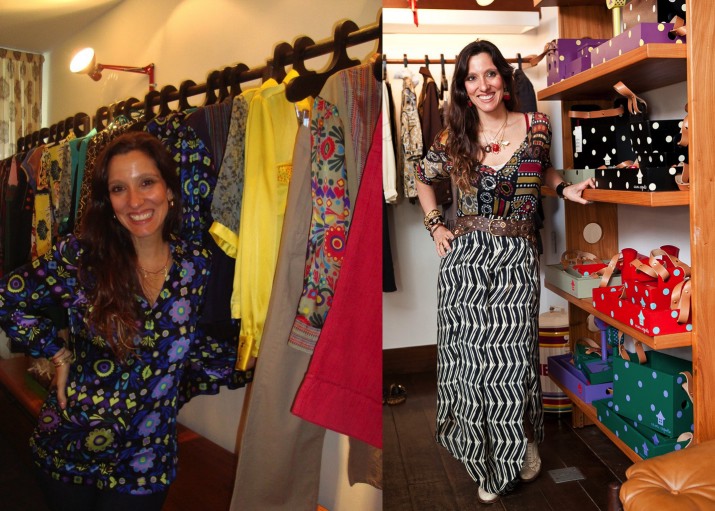 Depending on which collection, her clothes can be found in around 20 countries, in famous department stores such as Barneys and Jeffrey’s in the USA; Browns in the UK; Colette and le Bon Marche in France; Biffi in Italy; Ekseption in Spain, Barneys and United Arrows in Japan; Sake and Harvey Nichols in the United Arab Emirates; Vila Moda in Kuwait, amongst others.

The premiere of its brand on the catwalks happened at the launch edition of the collections of Winter Fashion Rio 2004. The soft parade, the sound of harps and with a backdrop of facades of houses typically Brazilian, pleased audiences and critics.

After making her debut in the Fashion Rio in January 2004, Isabela was invited to be part of the selected team of designers and present her next collection at the Sao Paulo Fashion Week, the most important fashion event in Latin America.

In a meteoric rise, the Isabela debuted shortly after the Sao Paulo Fashion Week, launching summer collection 2004 to 2005. In the parade, inspired by a book of pictures of Africans originating from Mali Seydou Keita and Malick Sidibe, who depicted everyday life in the region in 60 years. Thus, used gowns, ruffles and beads. Joined these influences an urban air, with graphics and Silks. 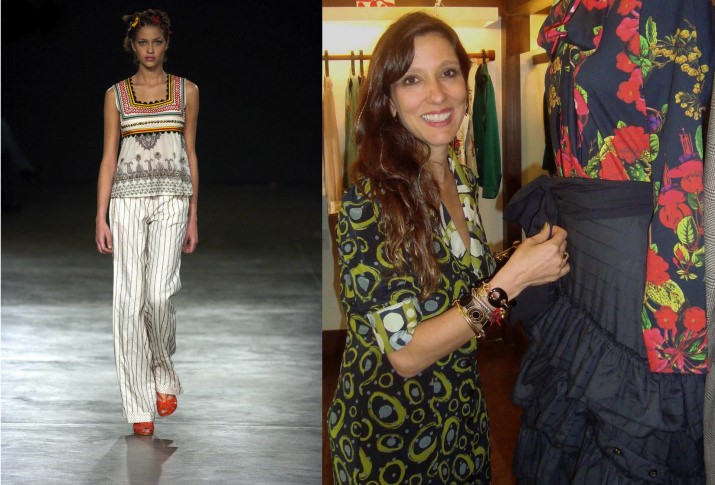 In May 2005, she inaugurated her very first boutique, on Dias Ferreira Street: a small space, located in one of the most charming neighborhoods of Rio de Janeiro.

Soon after that, in 2006, her studio left Gávea and moved to a larger and more comfortable old house in Humaitá. Nowadays, all the areas, creative, administrative and production, are under the same roof. In the same year, the label maintained its showroom during the week of the Parisian fashion.

Starting from 2008, Capeto’s creativity became accessible for girls between four and ten years old, for whom the ‘carioca’ has launched the “Isabela Capeto kids”. The store’s showroom and workshop is a converted Ibô Gavea small building in the city of Rio de Janeiro. There can be found unique pieces, with applications of flowers embroidered jackets, trousers and skirts.

The brand is also sold in shops Chocolate Club Rio and Sao Paulo and branding throughout Brazil. The singer Preta Gil, Marina Person presenter and public relations Alice Ferraz are some of the celebrities who wear the creations of Isabella Capeto.

Isabela possesses a unique method of creating her collections. Inspired by museums and books, Isabela treats each of her pieces like a work of art.

Since June 7th, 2011 Dias Ferreira’s store has housed the line of products for homes decoration. Cushions/pillows, stools, coffe and tea service, dome lamp, napkin holders, organizers bags and placemats are amoung the items available and that display the handmade touch of Isabela Capeto, with colorful prints, lace and emroidery. Isabela also has teamed with Denise Stewart to develop unique plates for kitchens. 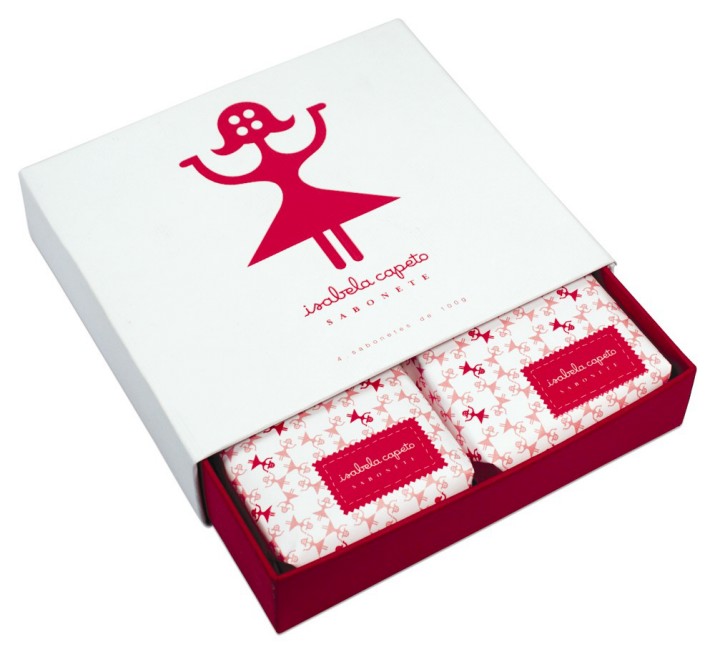 Isabela Capeto’s designs are handmade, embroidered, with many details and decorations. Isabela’s main objective is to make women feel beautiful when they wear her romantic clothes. 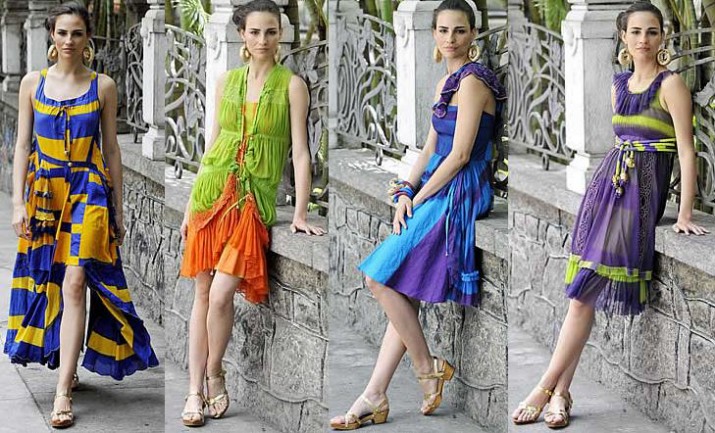 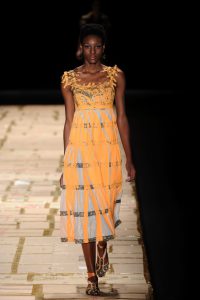