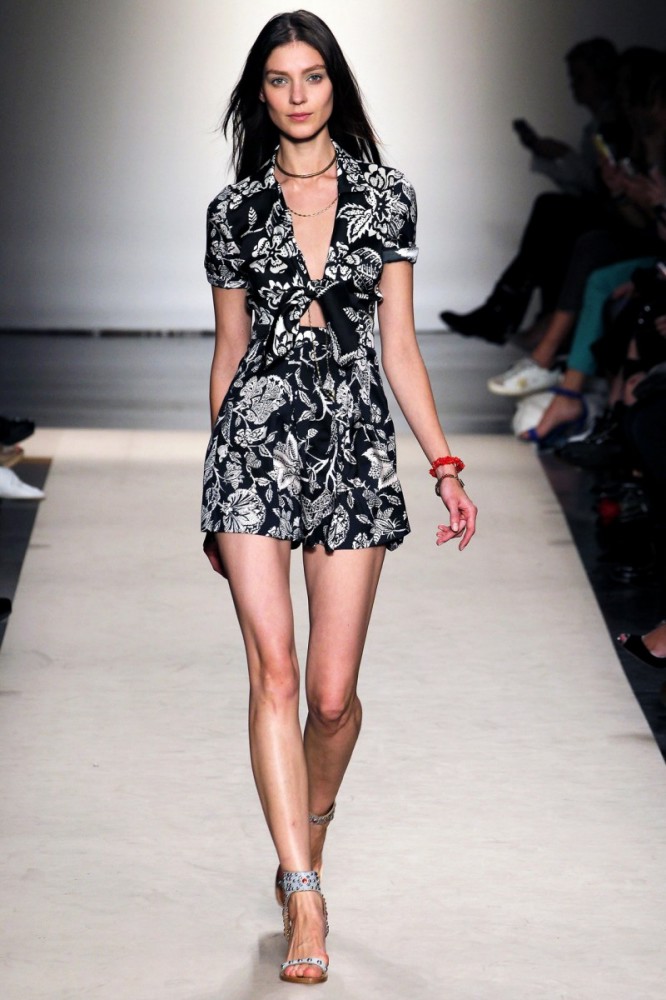 Isabel Marant is a French fashion designer known for her bohemian aesthetic and fervently coveted creations. Embodying a casual, perfectly tousled but never over-thought look, her clothes are worn by some of the world’s most fashionable stars including Kate Moss, Sienna Miller, Kate Bosworth, Rachel Weisz and Alexa Chung.

Marant was born in Paris in 1967 to a German mother – a model – and a French photographer father. Her parents divorced when she was young and Marant was raised primarily by her father, whom she resembles: "My father married a German model and dreamt of a little blonde daughter like his wife. Alas, I was his spitting image – very Frenchy!" she has said.

Born Isabelle (pronounced "Isabella" in French), she dropped the last syllable of her name in her sixth year of school when she discovered four of her classmates had the same name.

As a child Marant was an outgoing tomboy who disliked anything girlish. She enjoyed dressing provocatively and would borrow from her father’s closet – wearing his silk dressing gowns with slippers and refashioning his old jumpers as dresses. "I was known to everybody at school for being a type of notorious nut," she said in 2011.  Early style inspiration came from childhood trips abroad to Asia, Africa, India and the Caribbean, as well as from parental figures: "I have a clear memory of my hysterical, alcoholic governess who wore crazy clothes; she inspired me a lot! My West-Indian stepmother, who brought me up from the age of six, was very chic, very "Yves Saint Laurent". She gave me allure," Marant told an Australian magazine in 2011. 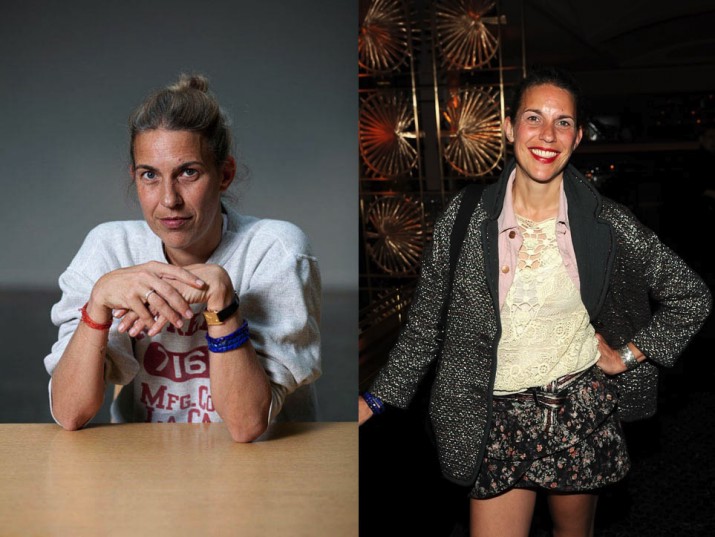 In 1982, tired of not being able to find clothes she liked in store, Marant asked her father for a sewing machine and began making pieces out of discarded clothing and fabric. Friends soon began asking her to recreate pieces for them, but a career in fashion still wasn’t a consideration for Marant: "I wasn’t at all interested in fashion; I didn’t know what it was."

A couple of years later, at the age of about 16, Marant’s earnings from selling her clothing were enough to make her reconsider her plans to study economics after high school. Instead she took up design at the prestigious Studio Bercot fashion school in Paris in 1985.  Following her studies Marant interned with Parisian designer Michel Klein in 1987. She also worked with Bridget Yorke on two collections and assisted art director Marc Ascoli on projects for Chloé, Martine Sitbon, and Yohji Yamamoto.

Shortly afterwards, in 1989, Marant began launching her own collections. Despite her success she has said she regrets not taking the time to work with other designers for longer before starting out on her own: "I would have loved to have spent one or two years in the studios at Chanel or Saint Laurent… I have an immense love for the artisan, for all the artistic crafts around couture, and it’s true that I regret enormously not having taken the time to learn in studios and spend time there."

In 1989, Marant launched her own jewelry label followed by a knitwear label, known as Twen, with her mother in 1990. In 1994 she set up her own label with a studio in Paris’ trendy Marais district. As when she was young, she bases her creations on her own style and tastes: "I am my first customer… My approach has always been: would I like to wear this garment? I do pret-a-porter; I do not revolutionise the fashion world," she said in 2011.

Her first show, for the spring-summer 1995 season, was held in the courtyard of a squat with her friends modelling. Marant won the Award de la Mode in 1997, and the Whirlpool Award for best female designer in 1998. In 1998 she began guest designing collections for the popular French mail catalogue brand La Redoute and also launched a new line called I*M in Japan. 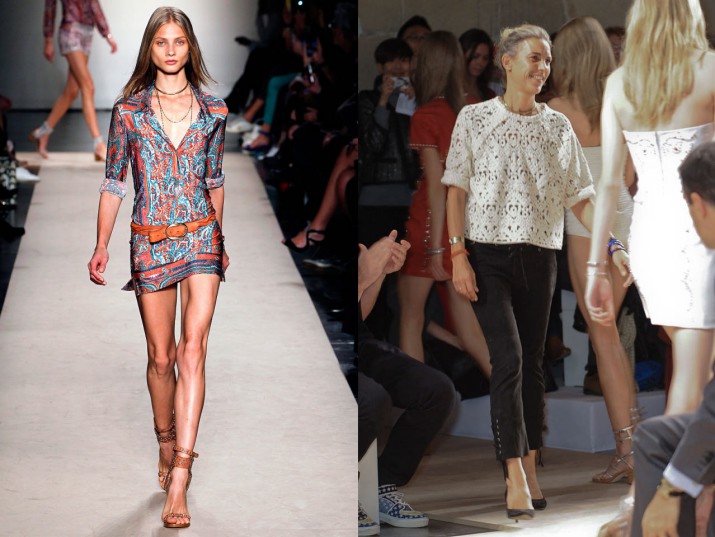 The first Isabel Marant store, a former artist’s studio on rue de Charonne in the Bastille district, opened in Paris in February 1998. This was followed by a second store on rue Jacob in Saint Germain des Pres in February 2000, and a third store on rue de Saintonge in 2007.  Marant debuted her diffusion line, Étoile by Isabel Marant, at the Paris ready-to-wear shows in 1999. The focus of the collection was jeans and T-shirts. The following year she introduced the first full Étoile collection, including lingerie.

Marant’s son, Tal, was born in 2003. She and husband Jérome Dreyfuss, a handbag designer, live in an apartment in Belleville – a suburb of Paris. Marant spends most of her weekends with her family at their cabin just outside of Paris: "It’s a place where you clear your head and come back with fresh ideas," she said in 2011.

She launched a childrenswear line in 2004 and also launched a pop-up boutique in Paris’ Printemps department store and collaborated with Anthropologie on a collection in 2006. 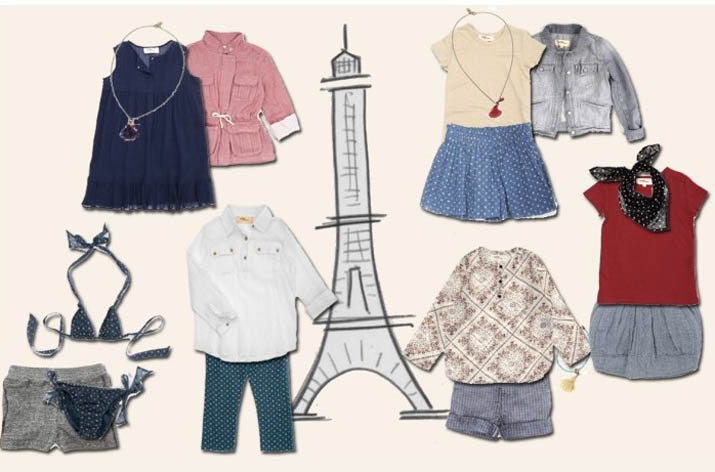 In 2008 Marant won a claim against French fashion chain Naf Naf. The chain was ordered to pay her damages of 75,000 Euros for copying a black puff-sleeved dress from her autumn-winter 2006 collection.

Marant opened her first US store in SoHo, New York, in 2010. Her husband opened a store for his handbag label next door.  In June 2012 she was awarded Fashion Designer of the Year at British Glamour’s Women of the Year Awards. Marant is set to open an eagerly-awaited London store on Mayfair’s Bruton Street in 2012. 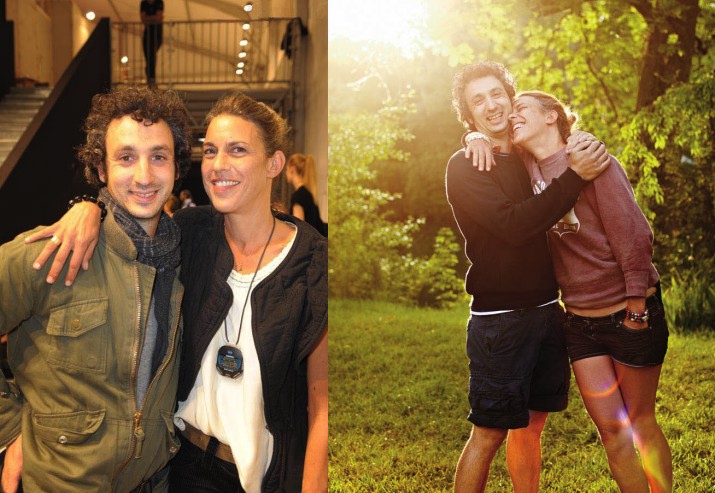 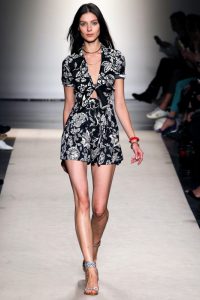