Inna Zuk was born in Tallinn, Estonia December 13th, 1989. Her youth
was spent for music school and
school work. Never before did Inna fathom becoming a model. when she was 16 years old Inna began dreaming
of becoming a model.
Magazines and tv intrigued her pretending she was the model, mimicking poses.
Already from this young age Inna understood that fashion was becoming her
passion .
With this passion, not wasting time young Inna Zuk sent at 16 years

old his first request to become a model in the small country of Estonia .

From that moment her destiny was set out with a plan. The dream was becoming

the truth. Because at this time school was a priority, approaching modeling
was acted on piece by piece, allowing for school and fun with this new
thrill called “Modeling”.

Inna’s first big shooting was in Estonia for show of yong talent disaigner. Looking back those day’s she
thinks it was most
amazing show and like a bird learning to fly. Inna is full of fashion
she loves what she does and she devote herself deeply to being a part of the
fashion industry. Inna’s first two years she has worked with many known
companies like : , Diivan magazine,
Wella compain with Filippo Carroti, Super Nova show, Pepe Jeans show, Boss show, Diesel Jeans,
posters. Helena Yarmak catwalk, LOreal hairstyle. When Inna was 20 years old, she visited Milano for
modelling, where she worked a lot and still now she lives there.
All of the mentioned brands have taken a educational role to having Inna
to appreciate where she is today. Being appreciative Inna knows tomorrow

brings new lessons with hopes to soon meeting the designer icons of fashion
and the legends who hold the camera’s to capturing fashion top models.

Inna does not look at this as work. Its something she loves and has always
dreamed of. Inna is now just having fun today with modeling 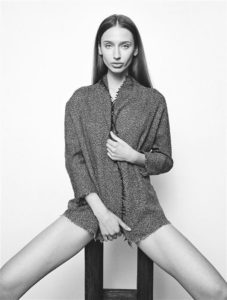