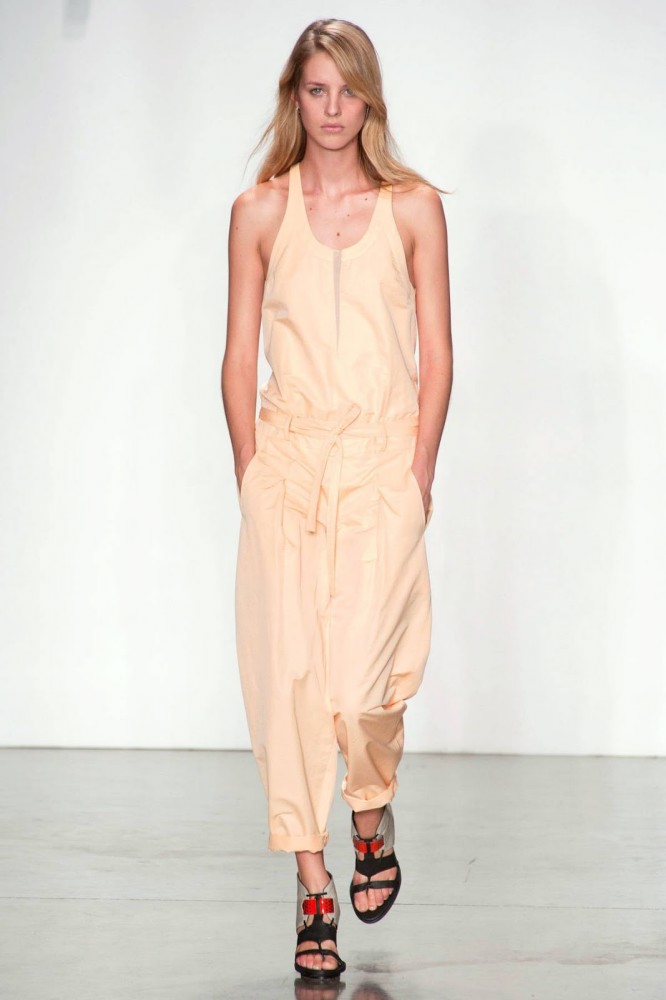 Helmut Lang is an Austrian fashion designer born in March 10, 1956 in Vienna known for his minimalist, deconstructive, and often severe designs. His parents divorced when he was 3 years old and he lived with his grandfather, a shoemaker, in the mountains behind Salzburg.

When he was 21, he had a fruitless search for perfectly made T-shirts and jackets. So he decided to design and make his own. Originally, Lang studied business, but switched over to fashion and opened his first studio in 1977. Helmut Lang is a cult figure and, despite leaving fashion in 2005, his legacy lives on. Everything he made carried his distinct fingerprint – from his jeans to his perfumes. He was hyper-attentive to detail and Viennese through and through. 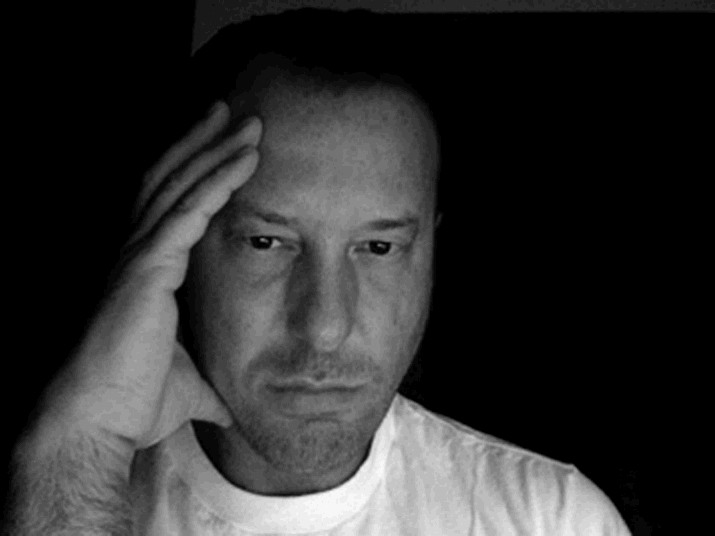 His clothes were fairly successful in his native Austria, and he branched out to Paris in 1986. In 1987 he introduced his first Men’s collection. Women and Men’s collections were shown together on the Paris fashion calendar. Men’s silhouette marked the return of the narrow and tailored suit shown with the white shirt, back tie and made to measure shoes. Having shown on the Paris catwalk once, Helmut Lang returned to Vienna until 1997, when he finally moved to New York.At the time in the late 1980’s and early 1990’s, minimalist fashion was at its height, with Jil Sander, Giorgio Armani, and Helmut Lang himself being very popular and successful.  His 1998 collection was shown over the internet instead of physically. 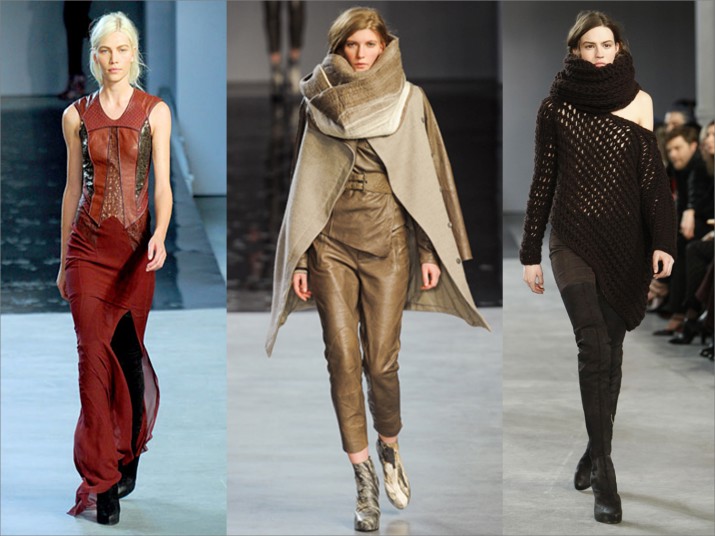 In 1999 Lang entered into collaboration with Prada to open boutiques all over Europe and expand his line. He is now poised to become a major global marketing force, with a Jeans line, a perfume deal with Proctor and Gamble and a leather license in the pipeline.

Prada had acquired 51% of Helmut Lang’s company in August 1999, and in September 2004, they took complete control by buying out the remaining 49%. It was announced that Helmut will continue as creative director of the company designing the clothes. Financial details were not disclosed.

In a surprise announcement in January 2005, the Prada Group who own Helmet Lang’s company, informed of his departure from his own company. He retired from fashion and continued to work as an artist. 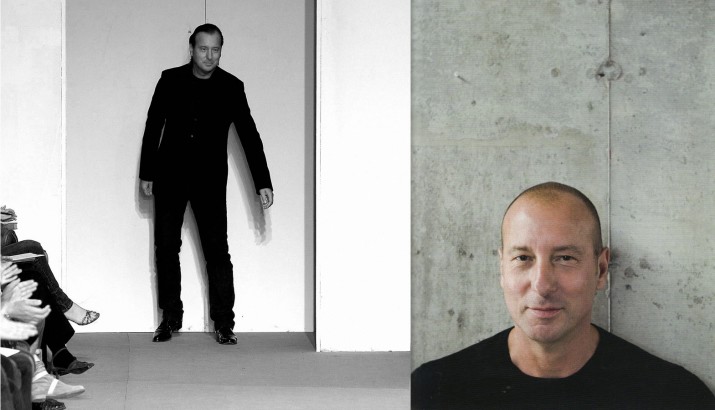 Since then the brand has carried on without him. In 2006, Prada sold it to link Theory Holdings Co, which hired design duo Michael and Nicole Colovos to explore Lang’s signature high-tech fabrics and modernist looks and colours – but, said Theory president Andrew Rosen at the time: "The door is always open for Lang if he chose to return". 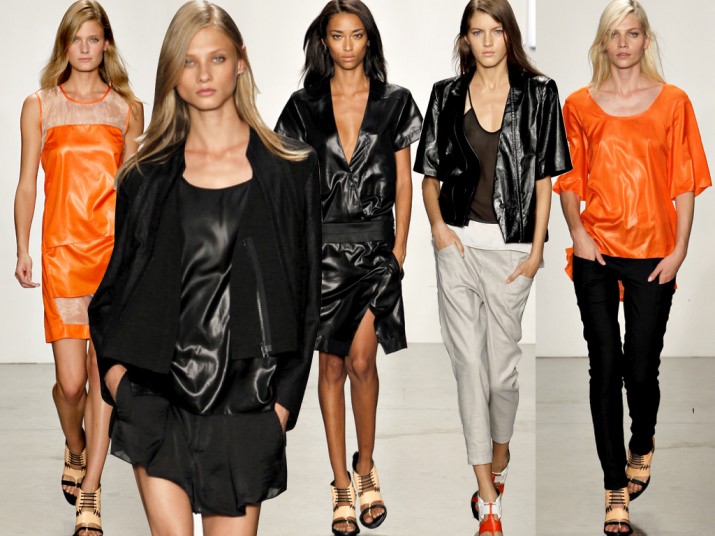 The name Helmut Lang has become synonymous with the cerebral brand of minimalism that took the fashion world by storm in the late eighties. Lang’s razor-sharp lines and high-tech fabrics are made for only the most disciplined of bodies – even his signature t-shirts, which elevated the clingy tee to couture status, are famously unforgiving (and famously expensive). He has a stark sober palette, often slashed with bright colour, which reflects a modern, even futuristic perspective. His cleverly thought out clothes are cleanly and precisely tailored, but in an exploratory, quirky manner. His fabric combinations reveal a forward-looking approach. 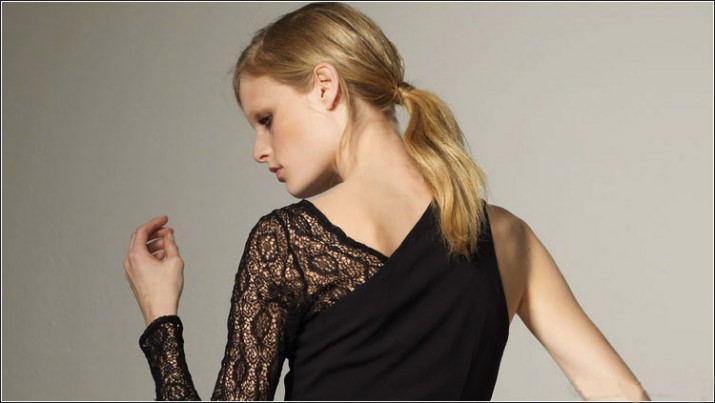 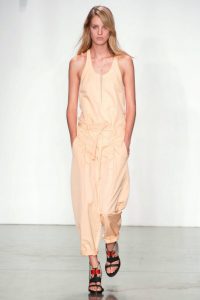