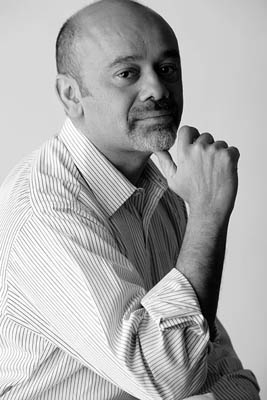 Christian Louboutin is a French footwear designer whose footwear has incorporated shiny, red-lacquered soles that have become his signature.

Louboutin was born in 1963 7th January and raised in Paris’s 12th arrondissement. He was the only son of Roger, an cabinet-maker, and Irene, a homemaker, his parents are European French and he has three sisters. Louboutin was expelled from school three times and ran away from home at the age of 12, at which point his indulgent mother allowed him to move out to live at a friend’s house. Louboutin faced much opposition when he decided to drop out from school. However he claims that’s what helped him make up his mind, was an interview on TV with Sophia Loren in which she introduced her sister, saying she had to leave school when she was only 12, but when she turned 50, she got her degree. He later remarked, “Everybody applauded! And I thought, ‘Well, at least if I regret it I’m going to be like the sister of Sophia Loren!'”

Louboutin began sketching shoes in his early teens, and found himself increasingly drawn into the world of fashion at the expense of his studies. He was expelled from four schools, but “I didn’t care, because I felt so different from my peers, ” he told Natasha Fraser-Cavassoni in Harper’s Bazaar. “I discovered Cher on television, and no one knew who she was, and I thought, I come from another culture – mine is Cher.” He went through a punk-rock phase, and appeared in a few films, one of them a 1979 cult classic, Race d’ep , which played to English-language audiences under the title, The Homosexual Century.

Louboutin claims his fascination with shoes began in 1976 when he visited the Musée national des Arts d’Afrique et d’Océanie on the avenue Daumesnil. It was there that he saw a sign from Africa forbidding women wearing sharp stilettos from entering a building for fear of damage to the extensive wood flooring. This image stayed in his mind, and he later used this idea in his designs. “I wanted to defy that,” Louboutin said. “I wanted to create something that broke rules and made women feel confident and empowered.“ 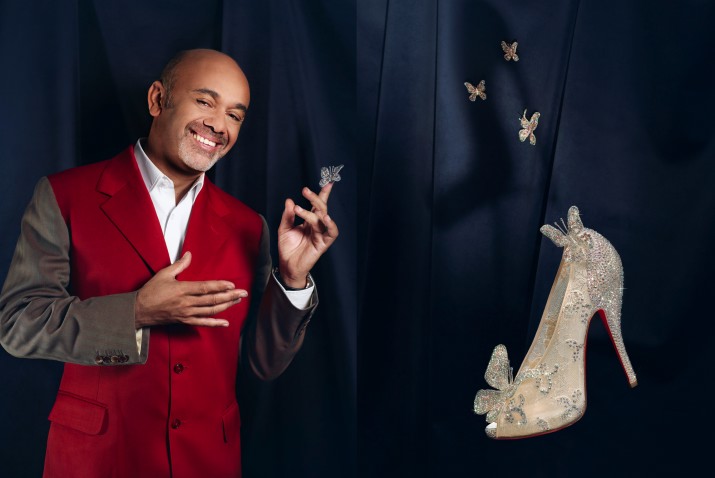 Louboutin had some formal training at the Academie Roederer, where he studied drawing and the decorative arts. Increasingly intrigued by world cultures, he had already run away to see Egypt while still in his teens, and also traveled through India for a year. Back in Paris in 1981, he assembled a design portfolio of his most elaborate high heels, and showed it to some of the city’s top couture houses. His efforts landed him a job with Charles Jourdan, the legendary shoe designer, and then he met Roger Vivier, another well-known shoe designer who had worked with Christian Dior in the 1950s.

Louboutin had known of Vivier’s work since his teens, for Vivier was said to have invented that famous spike (or stiletto) heel whose image so intrigued him at the Avenue Daumesnil museum. Named for a type of slim knife, the stiletto heel was a high shoe with a tapered, narrow heel that resembled the namesake knife blade. Vivier liked Louboutin’s work, and offered him an apprenticeship. “Vivier taught me that the most important part of the shoe is the body and the heel, ” Louboutin told Dana Thomas in Newsweek International. “Like good bone structure, if you get that right, the rest is makeup.” 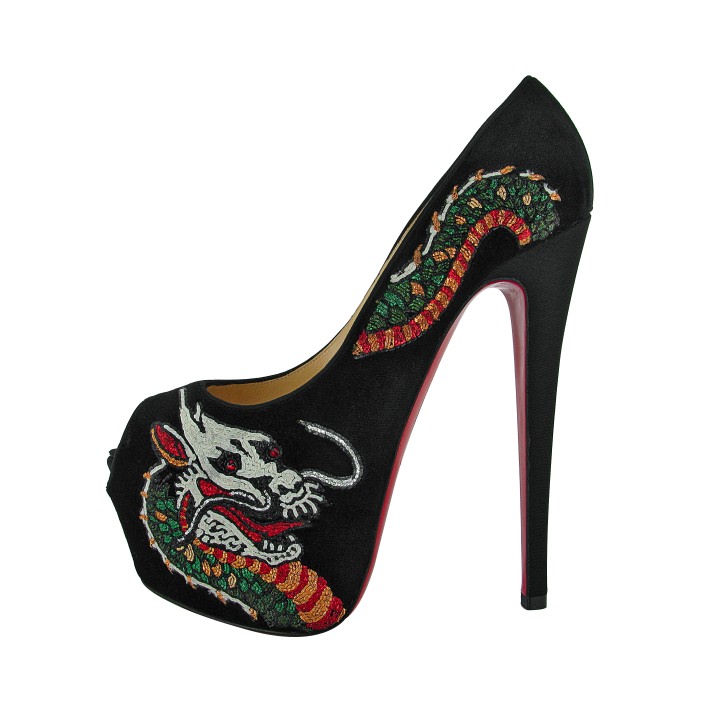 During the rest of the 1980s, Louboutin was a freelance shoe designer, creating heels for the collections of Chanel and Yves Saint Laurent, as well as Maud Frizon, another shoe designer with immense name-brand cache in the 1980s. In the late 1980s, he turned away from fashion to become a landscape gardener and to contribute to Vogue but missed working with shoes and 1991 launched his own company, with the help of two financial backers, and in November of 1991 opened a Paris shoe boutique under his own name.

One of his first famous customers was Princess Caroline of Monaco, who enthused over his shoes one day when a fashion journalist happened to be in the store as well. The resulting press helped boost Louboutin’s profile immensely, and such well-known fashionistas as Diane Von Furstenburg and Catherine Deneuve became devoted clients. Later devotees of his stiletto heels included Madonna, Gwyneth Paltrow, Jennifer Lopez, and Sarah Jessica Parker, who wore Louboutins on her wedding day. 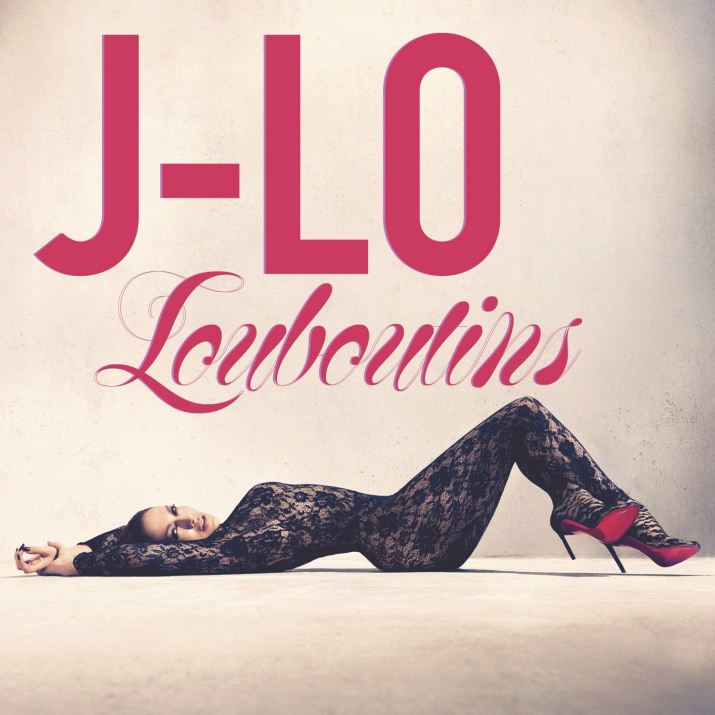 Louboutin first attracted the attention of fashion-lovers outside of Paris with his “inseparables, ” a footwear-industry term for a single design or word that runs from the vamp of one shoe to the other; his quirky “LO” “VE” shoes were a highly coveted item for a time in the early 1990s on both sides of the Atlantic. He opened a New York City store in 1993, and heeded Russian women’s demand for his shoes by opening a Moscow outpost in 2002. For the autumn 2003 season, he introduced his first line of handbags. 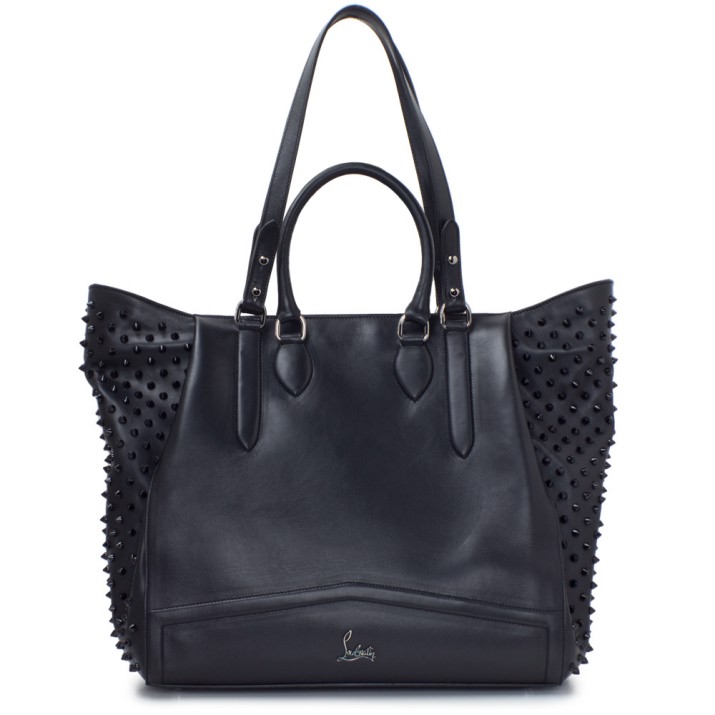 Louboutin’s stores feature his latest shoe collections, all of which are made in Italy with the characteristic red soles. He began using the color for the bottom of the shoes one day as he watched his assistant was painting her nails with the color and thought it was immensely flirtatious. 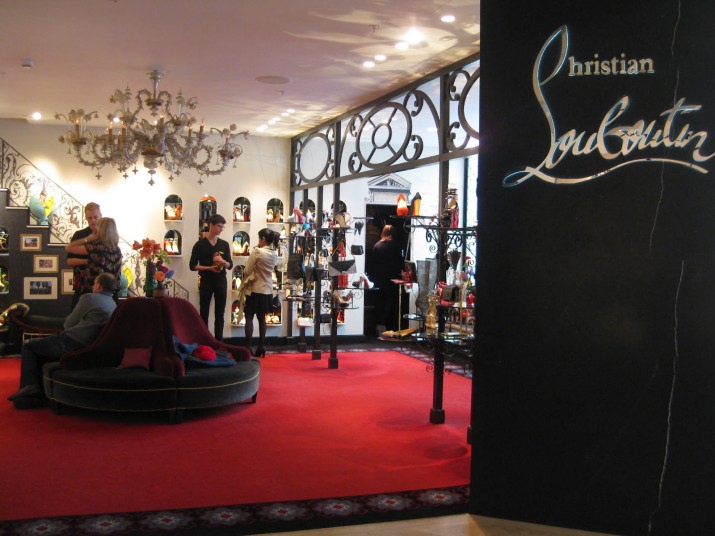 More general inspiration, he told Jennifer Tung in Harper’s Bazaar , comes from extensive travel. “I like to go to countries that are almost forbidden, like Syria or Uzbekistan. It’s like traveling in the 19th century: There’s no one around, and you discover things.” Back at his studio, he uses the colors and textiles he saw to create another line of elaborate, well-crafted shoes. 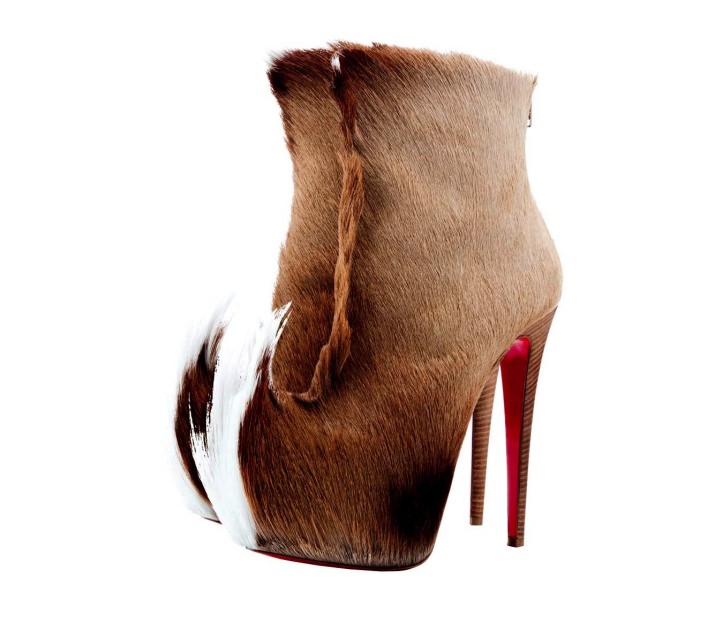 Shoe designer Christian Louboutin creates luxury footwear for women known for their distinctive materials and delicate embellishments. Long a favorite of some of the world’s most stylish women, Louboutin’s shoes are instantly recognizable to fashion cognoscenti for their trademark lipstick-red soles. The Paris-based designer sells his perilously high heels—and the occasional flat—at his eponymous boutiques in Paris, London, New York, and even Moscow, as well as at top American retailers like Neiman Marcus. 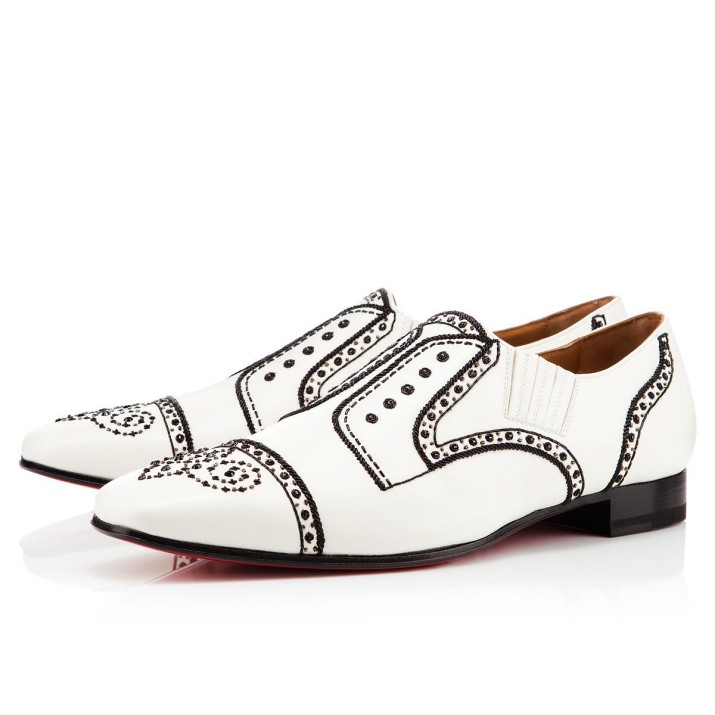 Louboutin has topped the Luxury Institute’s annual Luxury Brand Status Index (LBSI) for three years; the brand’s offerings were declared the Most Prestigious Women’s Shoes in 2007, 2008, and 2009. 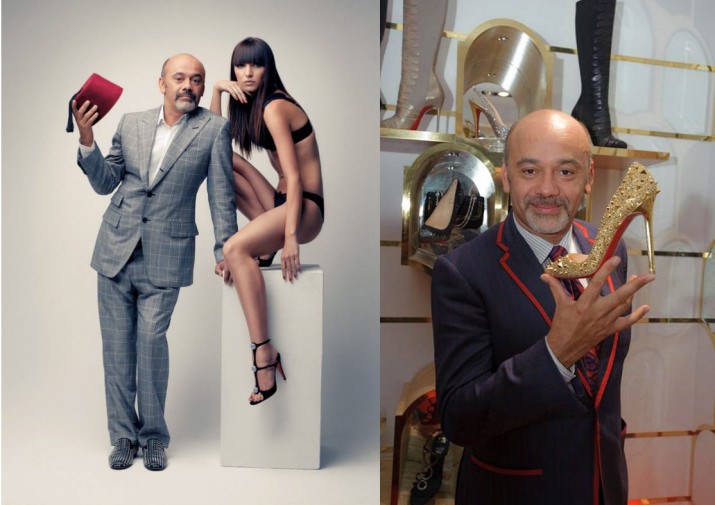 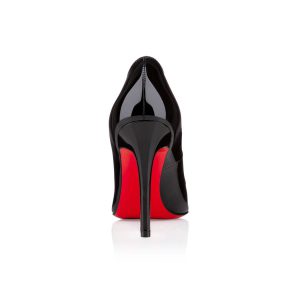 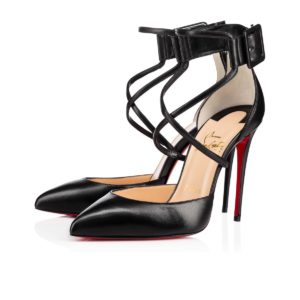 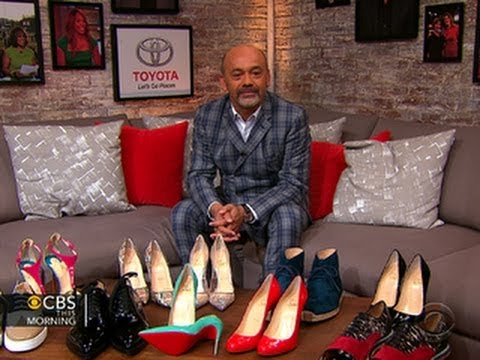 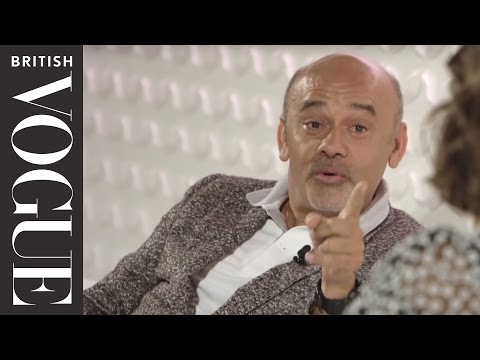 Christian Louboutin at the Vogue Festival 2015

Christian Louboutin at the Vogue Festival 2015 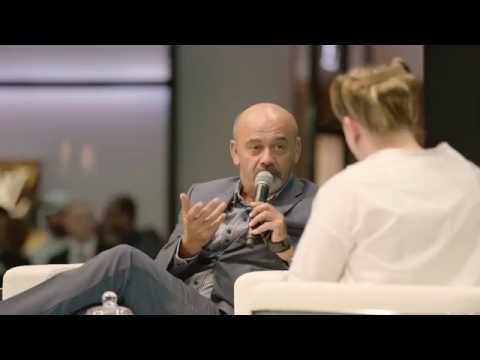