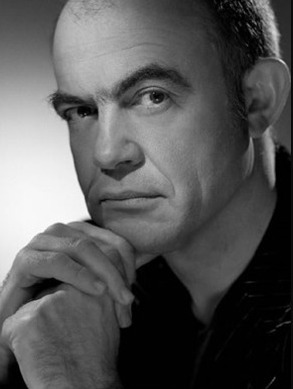 Christian Marie Marc Lacroix is a French fashion designer born 16 May 1951 in Arles, Bouches-du-Rhône in southern France.  Lacroix is the son of an engineer father who helped design equipment used in oil drilling. Raised in a bourgeois household in Arles, a community located in the south of France region of Camargue, Lacroix liked to draw as a child.

Many of his sketches were of clothing. He also enjoyed the old fashion magazines he found in his grandmother’s attic, some from the 1800s. When asked at one point about his future career, the young Lacroix said he wanted to be Christian Dior, the famous French designer. Lacroix also had an interest in costumes, and greatly enjoyed regular visits to Arles’ Museon Arlaten, a small museum dedicated to costumes and customs of the area.

Lacroix graduated from high school in 1969 and moved to Montpellier, to study Art History at the University of Montpellier. In 1971, he enrolled at the Sorbonne in Paris. While working on a dissertation on dress in French 18th-century painting, Lacroix also pursued a program in museum studies at the Ecole du Louvre. His aspiration during this time was to become a museum curator. However, despite this training, he could not find a job in the field. 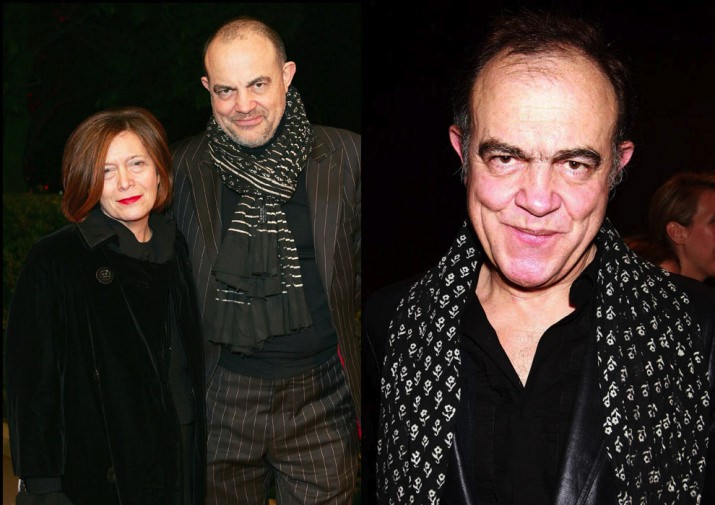 It was during this time he met his future wife Francoise Rosenthiel, whom he married in 1974. She was a boutique manager and  her  influence changed the course of Lacroix’s career. At the time, she worked in the office of Jean-Jacques Picart, a freelance image consultant and powerful public relations consultant. Lacroix soon began working in the fashion industry himself.

Lacroix began by working as an assistant for several fashion firms. He started out at Hermes as a fashion assistant. Lacroix then worked at Guy Paulin as his assistant working on accessories. Lacroix moved on to the employ of Picart’s offices, where he showed his superior some the fashion sketches he continued to make on the side. 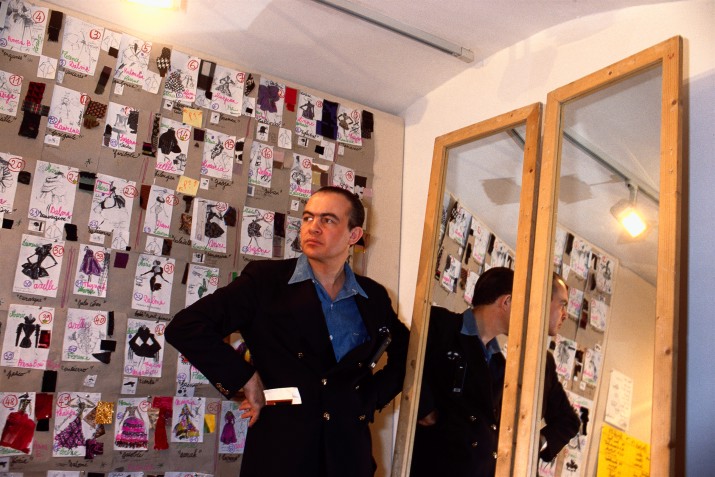 Lacroix moved to Tokyo after a time to work for a haute couture firm for a year. Soon after his return, Lacroix was given a job as a head designer at a leading French fashion house.

Lacroix’s hiring in 1981 at Jean Patou as a designer was to help the company improve its clothing sales. He was hired by Jean de Mouy, the grandnephew of the company’s founder, who wanted to ensure that the company could continue to exist if not be profitable after a time.

At the time Lacroix came aboard, the firm sold more of its popular perfumes, such as Joy, than its clothing. De Mouy gave Lacroix the freedom to create two collections per year of couture for women in any way he wanted to do them. 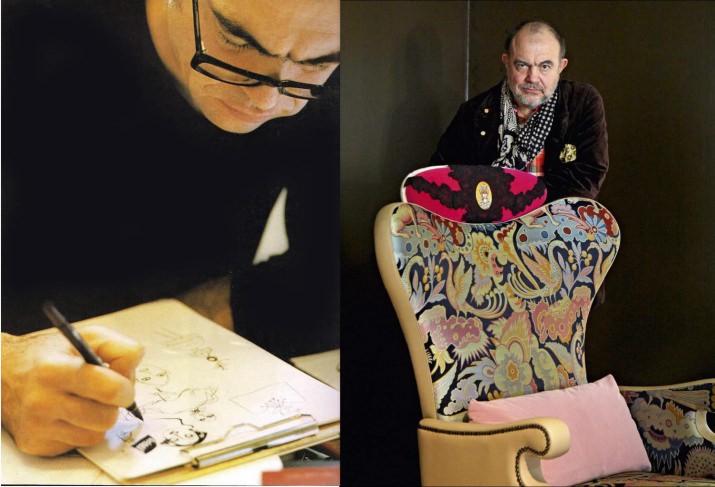 One reason Lacroix was given the chance to design for Patou was his connection to Picart. Picart helped him get the job, and he was involved with the revitalization of Patou. During his early tenure there, Lacroix initially produced designs inspired by what Patou had done in the past. Over time, he slowly developed what would become his signature style.

By 1984, his out-there designs attracted a following among fashionable women. He finally broke out with a 1985 collection influenced by his childhood in the south of France. 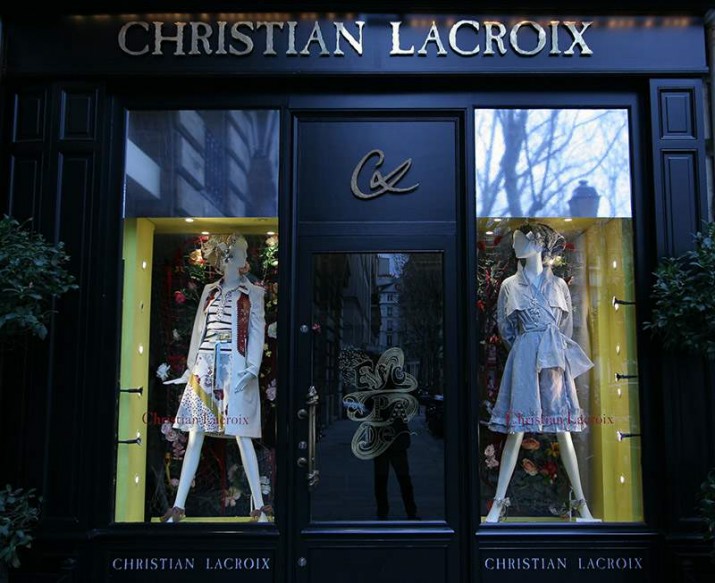 Lacroix became a star with his 1986 collections for Patou. The collections included a short bubble dress and a pouf dress, both of which were very influential on other designers and changed the face of fashion for a time. Lacroix took many chances with his haute couture looks, including placing bustles on strapless evening dresses.

Many observers believed he made modern couture, an industry some considered a dying art, fun again. People called his spring/summer 1986 collection “a madcap mix of elegance and razzle-dazzle.”

Though Lacroix was happy to create haute couture for the house of Patou, he also wanted to create ready-to-wear lines. However, de Mouy would not let Lacroix do this. By the end of 1986, Lacroix was open to offers from other companies. After showing his spring/summer collection for 1987, Lacroix signed a contract to open his own couture company and quit Patou.

He was able to just walk because he was only an employee of the company. De Mouy was not happy about the abrupt departure and sued him. De Mouy accused Lacroix, as well as Picart, of planning to leave for months before the designer left his employ. Upon his departure, de Mouy closed down the couture arm of Patou. 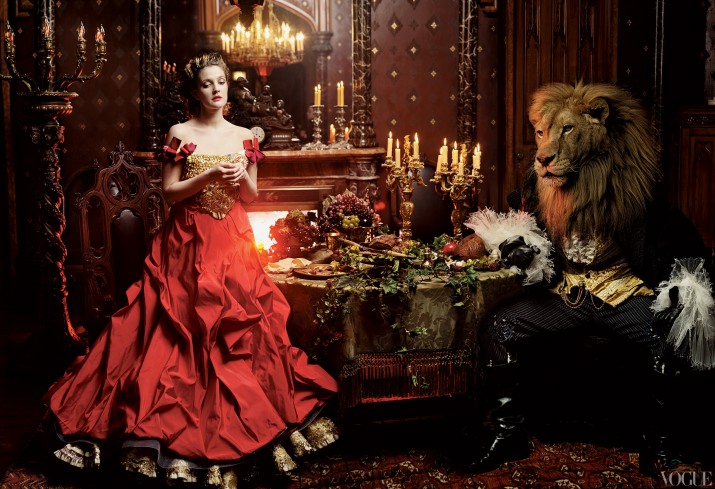 In 1987 he opened his own couture house. For Lacroix’s first collections under his own name, he remained focused on haute couture. He wanted to establish his own identity away from what he did for Patou, including moving away from bustles. Many of his clothes were inspired by the south of France and the costumes that were worn there. The pieces featured bright and deep colors, touches of embroidery, and trims of jewels, fur, and lace.

The dresses were not all short as in past collections; the collection included long lengths as well. Lacroix continued to impress with his spring-summer 1988 collection, again influenced by the south of France. Lacroix’s success put him at the top of the fashion world.  In 1989, Lacroix launched jewelry, handbags, shoes, glasses, scarves and ties (along with ready-to-wear). In this same year, he opened boutiques within Paris, Arles, Aix-en-Provence, Toulouse, London, Geneva and Japan. 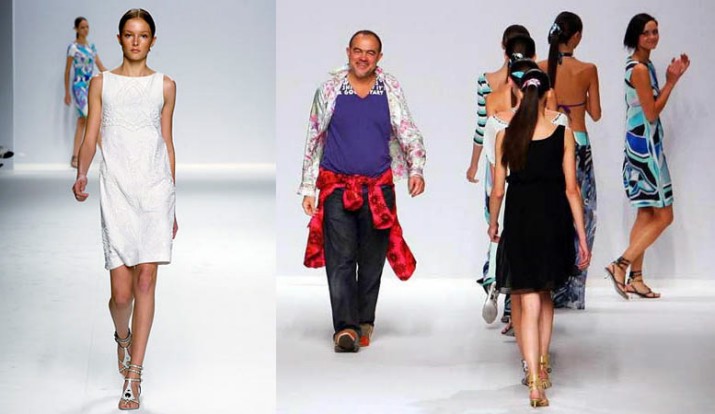 While Lacroix continued to be an influential couture designer in the late 1980s, critics were not as impressed with his creations. Other designers were emerging and becoming more important, and while his celebrity status remained intact, his outrageous designs began to look out of place in a world plagued by economic insecurity after the stock market crash of 1987.

As 1990s wore on and fashion became more minimalist, Lacroix’s work seemed to better reflect the 1980s than current trends. Even his ready-to-wear collections were not particularly popular as they did not mesh with what was hot in the market at the time. Lacroix still had his fans among fashion critics, but the public was often not in step with him.

Lacroix tried to find his niche in the 1990s, especially in the ready-to-wear market. He introduced Bazaar, a collection of casual clothes, in 1994. Lacroix moved into home products like bed linens in 1995 and blue jeans in 1996. None of these lines did particularly well, though his haute couture line always had a steady core clientele. However, by the late 1990s and early 2000s, the fashion world and the fashion public embraced fantasy and Lacroix became somewhat popular again. 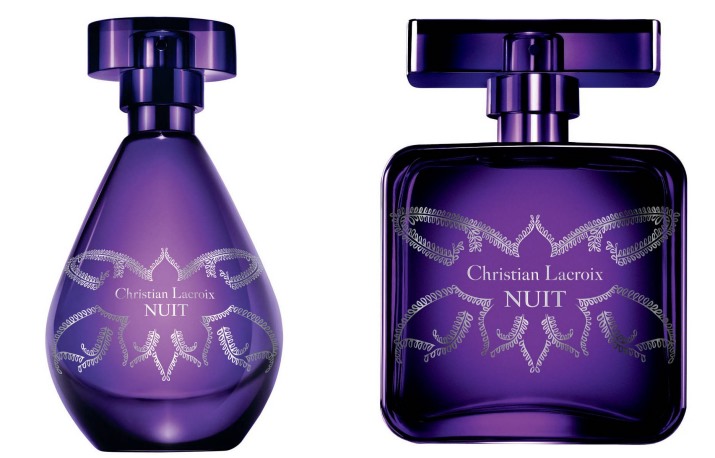 In response, Lacroix hired new people to help him revamp his image and provide input into collections in 2000. Around the same time, he signed a new contract with the owners of the house of Lacroix, Louis Vuitton-Moet Hennessy. Lacroix was given the freedom to split his time between his work at his fashion houses and other projects.

While Lacroix’s couture collections gained popularity in the early 2000s, his career was especially relaunched by creating wedding dresses, primarily in Europe. This business grew after he designed a wedding dress for the marriage of actress Catherine Zeta-Jones to actor Michael Douglas. Lacroix made wedding dresses for a number of celebrities and other clients. 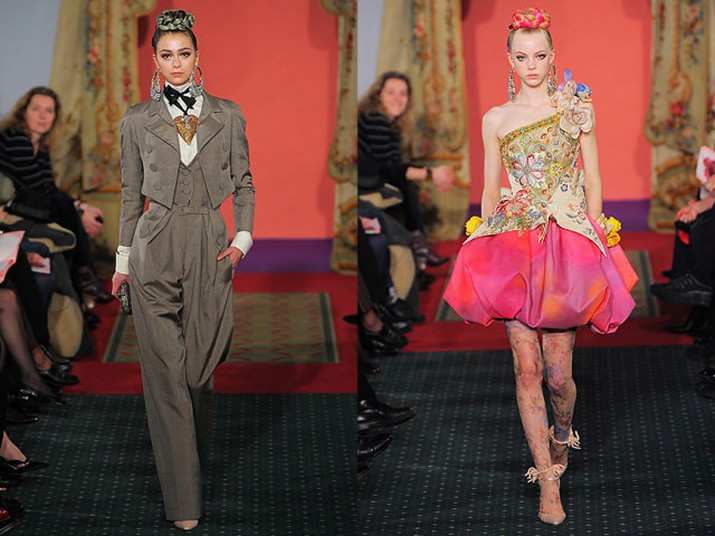 His couture collections moved beyond his obsession with the south of France, but stayed challenging with stripes, animal prints, and other big, bright flourishes. Lacroix expanded his business in other ways as well. He opened a flagship store in Tokyo in 2002, and planned a second in London, England.

Though Lacroix’s design career picked up in the early 2000s, his other projects also brought him much joy. Since 1985, he had been designing costumes for stage productions, opera, and ballets. One of his first experiences as a costume designer came with the American Ballet Theatre’s production of Gaiete Parisienne. By 2001, he had designed costumes for more than 20 shows for companies all over the world.

That same year, Lacroix designed costumes for his first film, Les Enfants du Siecle. Also during that year, he founded a new company, XCLX, to work in contemporary art, writing, editing, music, and publishing, and design. Lacroix focused on projects and ideas that interested him including redesigning the interior of a high-speed train, releasing a compact disc, and creating installations for an Avignon, France, exhibition.

Side projects aside, Lacroix remained a fashion force. In 2002, he added an additional designing job to his plate. He agreed to become the head designer for the house of Pucci. Lacroix had been influenced by the label in his career, and wanted to help further develop Pucci. Pucci had its heyday a few decades earlier, and was stumbling as a company, but its new owner wanted to keep the name alive. Lacroix had to work within the Pucci aesthetic which worked well with his own approach to fashion. Pucci was big and bold, but with a slightly more stylized look. 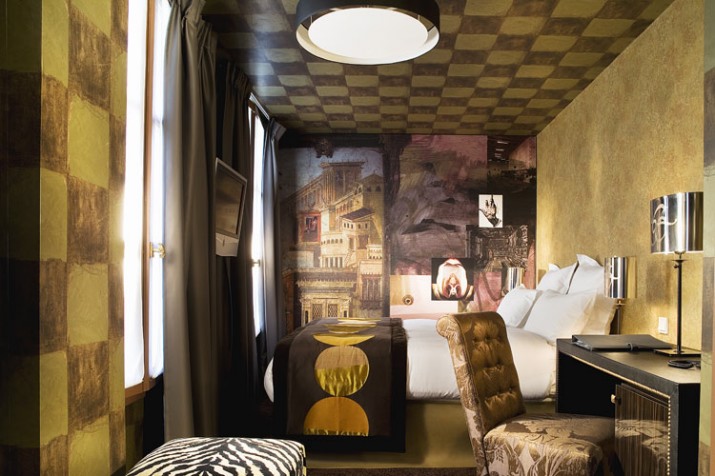 In 2009 the fashion house, owned by duty-free retailer Falic Fashion Group, put the business into administration and laid off all but 12 workers. Lacroix’s A/W 2009 Haute Couture was privately financed by Lacroix and each model was paid 50 euros. “I didn’t want to cry,” said Lacroix “I want to continue, maybe in a different way, with a small atelier. What I really care about is the women who do this work” Lacroix said about his last Haute Couture collection. Throughout its history it never turned a profit and reported a 10 million Euros loss in 2008. 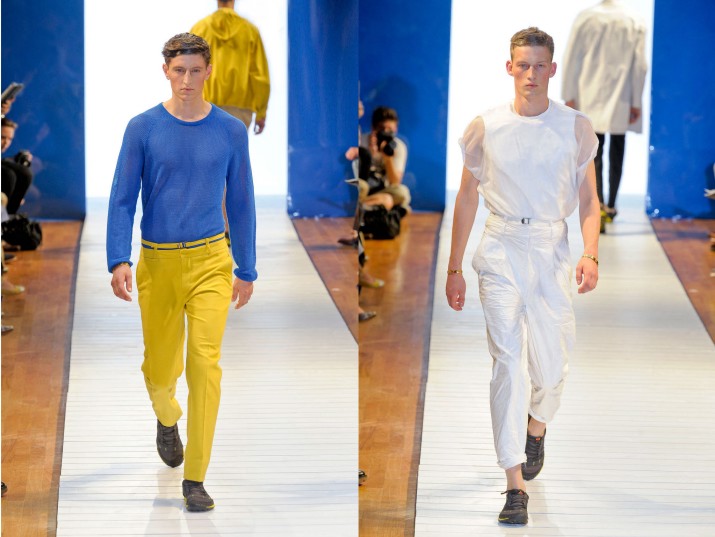 Christian Lacroix has completed interior design work at several landmark hotels, including the Hotel Le Petit Moulin in Spring, 2005; the Hotel Bellechasse, right in the heart of Saint-Germain-des-Pres (Paris), in 2007 (a member of Small Luxury Hotels of the World); and in 2010 Le Notre Dame hotel just a step from the cathedral Notre-Dame-de-Paris. 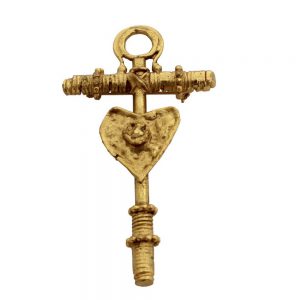