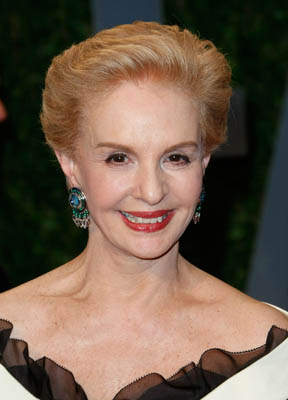 Born Maria Carolina Josefina Pacanins y Nino in Venezuela’s capital city of Caracas on January 8, 1939, she was one of four daughters in a family whose roots on the continent stretched back to the 1500s. Her father  Guillermo Pacanins Acevedo, an aviation pioneer, served as governor of Caracas and was twice the country’s foreign affairs minister. Herrera’s mother and grandmother were chic women who regularly traveled to Paris to have their clothes made at the great design houses of Balenciaga and Lanvin.

Herrera’s early life was a charmed one, with a governess on hand and luxurious surroundings. Still, her parents were strict with their children, as she recalled in the interview with Koski: “I had three sisters and I grew up in a very organized house, a very disciplined house. There was a right time for having breakfast, a right way of doing everything.” Herrera sewed clothes for her dolls, but as she grew older became less interested in needlework; instead she became a skilled equestrienne and read avidly. “My mother believed you had to be cultivated,” Herrera told Town & Country writer Annette Tapert in 1997. “Having an inner life was very important to her. She told her four daughters, ‘Beauty is the first thing to go. If you don’t have anything inside you, you are going to be so lonely.’ ” 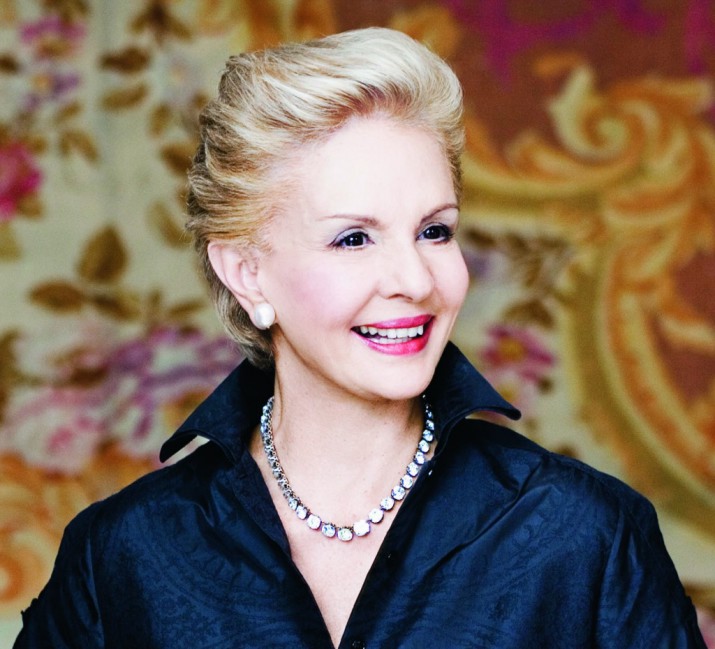 Herrera was married at the age of 18 to a young man from an affluent Venezuelan family. With him she had two daughters, but the marriage ended after less than a decade, as Herrera became the first person in her family ever to divorce. She moved back into her parents’ home with her little girls and for a time worked in Caracas as a publicist for Emilio Pucci, the mod Italian designer.

Soon she renewed an acquaintance with Reinaldo Herrera, whom she had known since she was a child. He also hailed from a well-to-do Venezuelan family, and after their 1968 marriage the pair embarked upon a romantic, jet-set lifestyle. They traveled in social circles that included Princess Margaret of Great Britain and New York artist Andy Warhol. When in Caracas, they lived with their two daughters and her two daughters from her first marriage at the 65-room Herrera family estate, La Vega, built in 1590 and thought to be the oldest continually inhabited house in the Western Hemisphere. 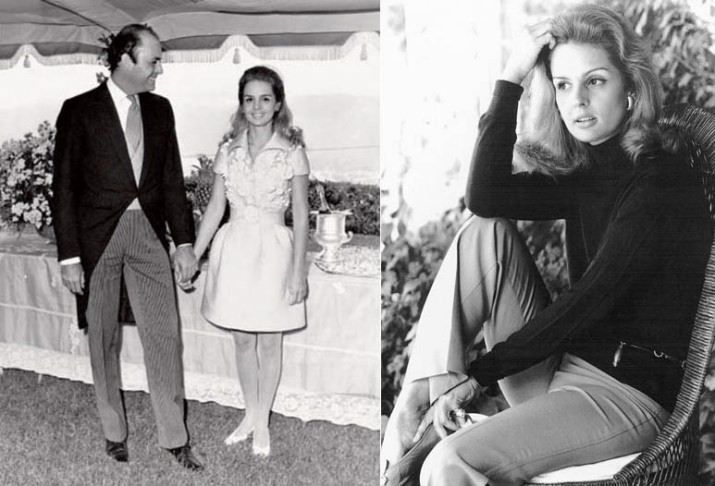 In her thirties, Herrera began to appear regularly on the International Best Dressed lists, and in 1980 she and her husband moved to New York with the children. Nearing 40, she considered trying some sort of fashion-related business venture and thought about fabric design. A longtime friend, fashion publicist Count Rudi Crespi, suggested that she do an entire line of clothing instead. Former magazine editor and style icon Diana Vreeland enthusiastically agreed. Others, including Herrera’s husband and mother-in-law, were more skeptical. Herrera had little business sense and had collected paychecks only during her stint at Pucci.

In the fall of 1980, Herrera brought to New York about 20 dresses her dressmaker had made for her in Caracas. She borrowed the Park Avenue apartment of an acquaintance and invited her friends and acquaintances to see them. Soon, buyers for some of New York’s upscale fashion retailers arrived and wanted to take the entire line, but Herrera had no company and no way of putting a production deal together. Back in Caracas, she met publishing tycoon Armando de Armas, who offered to back her, and within a few months a design atelier and showroom, Carolina Herrera Ltd., opened on New York’s Seventh Avenue in the fashion industry’s heart. Her first full collection was shown at New York’s Metropolitan Club in April 1981. 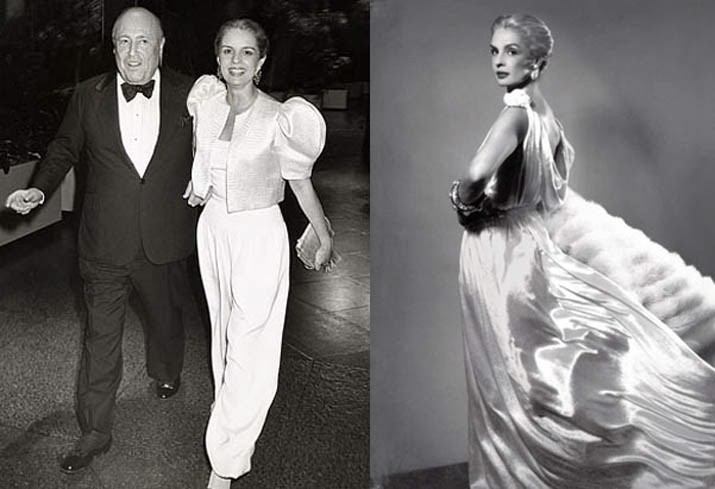 Herrera’s business started small, with just a dozen employees, but soon grew rapidly. The socialites who knew her became some of her first devoted customers, and women like cosmetics tycoon Estee Lauder and former First Lady Jacqueline Kennedy Onassis became clients. The fashion trade journals were not always complimentary, however. “I had bad reviews at the beginning,” Herrera recalled in the interview with Tapert for Town & Country. “And when you haven’t been involved in this world, they really affect you. But that was good – you read the reviews and see what they found wrong and you think, ‘They were right.’ ”

Some of the hallmarks of Herrera’s clothing found their way into the more mainstream fashions of the 1980s. She was one of the first to use padded shoulders, believing that broader shoulders made a woman’s waist appear smaller, and she loved elaborate sleeves as well. When she began designing in the early 1980s, Herrera told National Review interviewers John O. Sullivan and John Simon, “the whole fashion world was going mad on layer after layer of very loose skirts and free blouses – and no shapes. I came out with a collection that was all fitted.” Her big sleeves were novel for the day, and Herrera recalled that “Everyone asked me: ‘Why big sleeves?’ I replied: ‘Well, they are not that new. They have been a fashion feature from Elizabethan times, or even the Middle Ages, up to the Gibson Girls.’ All I did was to adapt them to modern times. They were successful because women liked these big sleeves framing their faces.”

Herrera’s company enjoyed even stronger sales after she designed the wedding dress for Caroline Kennedy in 1986. It made her a household name overnight across North America, and the ultra-feminine gown was quickly copied. Soon Herrera’s business expanded to include not just her “pret-a-porte” or designer line and the made-to-order items for women like Onassis, but bridal wear and a lower-priced line named CH. 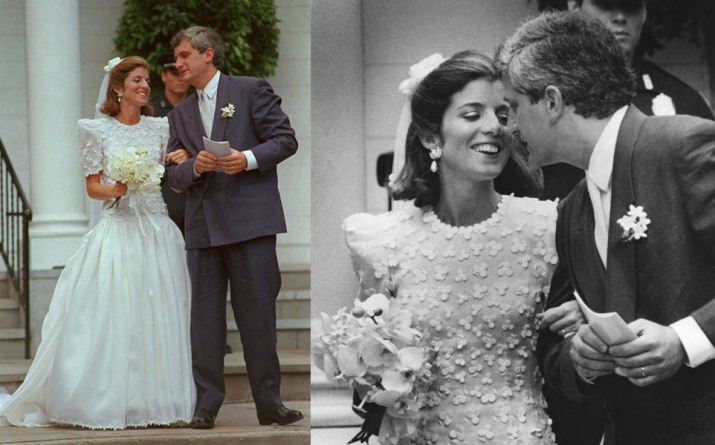 In 1988 she launched a fragrance line with an eponymous, jasmine-heavy scent based on the memory of a jasmine bush that bloomed outside her bedroom in Caracas when she was a teenager. Lucrative licensing agreements for accessories, costume jewelry, and eyewear boosted the fortunes of her company even further. By 1990, after a decade in business, its wholesale figures reached $20 million. She celebrated by opening a new, luxurious showroom on Seventh Avenue. 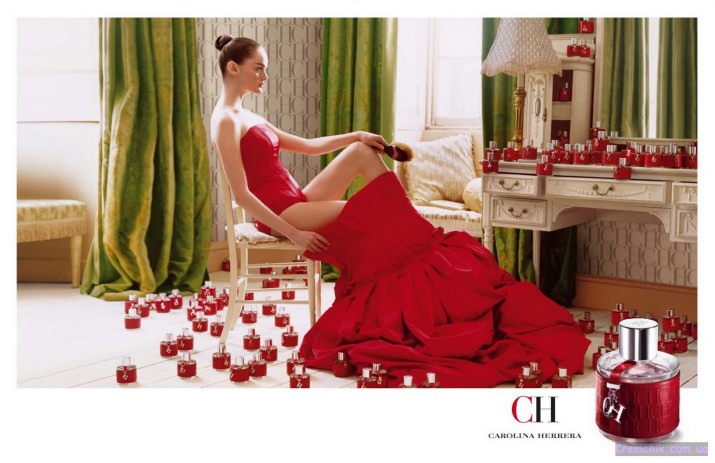 As the elaborately overdressed mood of the 1980s gave way to new styles in the next decade, Herrera’s designs continued to maintain a devout clientele and attract new wearers. She admitted that the fashion industry was difficult, noting that the modern woman often had more pressing concerns than hemlines. “Fashion in the past meant that you had to have the guts to wear something different from others – to express your individual personality – but within the constraints set by formal standards of elegance and style,” she mused in the National Review interview. “Today, people want to be free to wear what they like, in any combination they like, to be confined by no rules, and to set their own standards – yet they all end up looking exactly the same.” 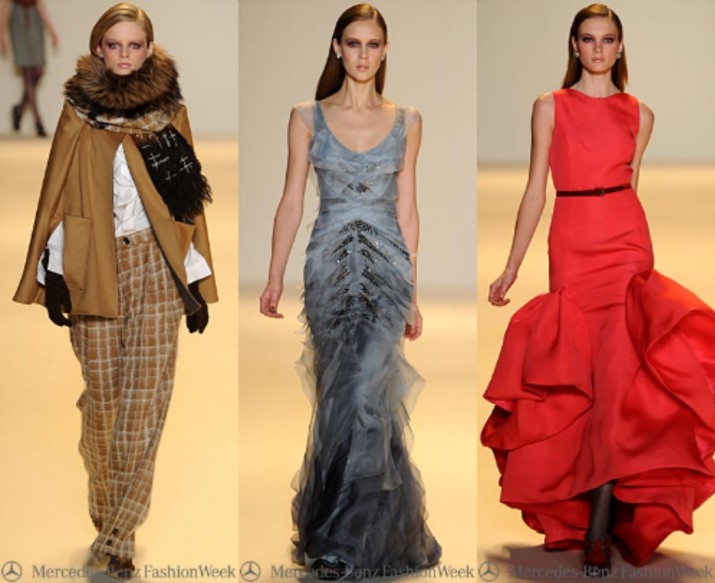 Herrera often began a collection by assembling luxurious fabrics and draping them over mannequins. She was frank about her abilities as a seamstress. “I have an eye for proportion, which is always the key to looking great, for mixing fabrics, and for shape,” she said in an In Style interview with Rubenstein from 2000. “Don’t ask me to cut or sew. I can’t do that. But I know exactly how a shoulder should lie.” A team of assistants then executed her ideas into sketches that served as the basis for a more formal process of production. “I could tell you that I’m inspired by painters or some wonderful garden or music but that all isn’t trueÖ . I get my inspiration from everyday life, from looking at women around me,” she told WWD writer Irene Daria in 1989. She said that her own lifestyle and her regular visits to upscale retailers in major American cities to present her new lines helped her creations as well. “By traveling around you get to know your customer and what they need but you have to have your own point of view,” she said in the same WWD interview. “The more you listen the more confused you get. You can’t design to please the press and to be in fashion.” 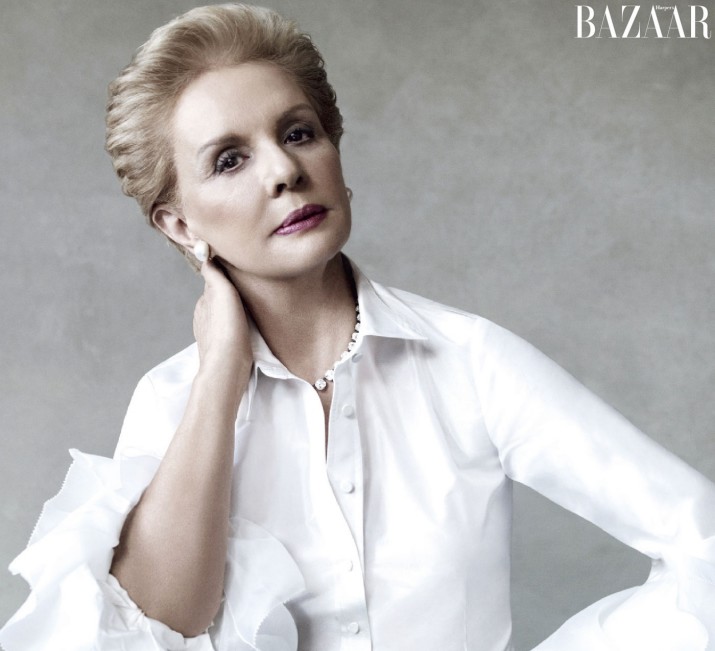 Herrera contracted with Puig, a Spanish cosmetics company, to produce her fragrance line, which became a tremendous success; she even created a top-selling men’s scent, Herrera for Men, in 1991, and regularly added new women’s products to the line. Her empire continued to expand, and in 1994 the partnership with Armas ended when he sold his share to Puig. 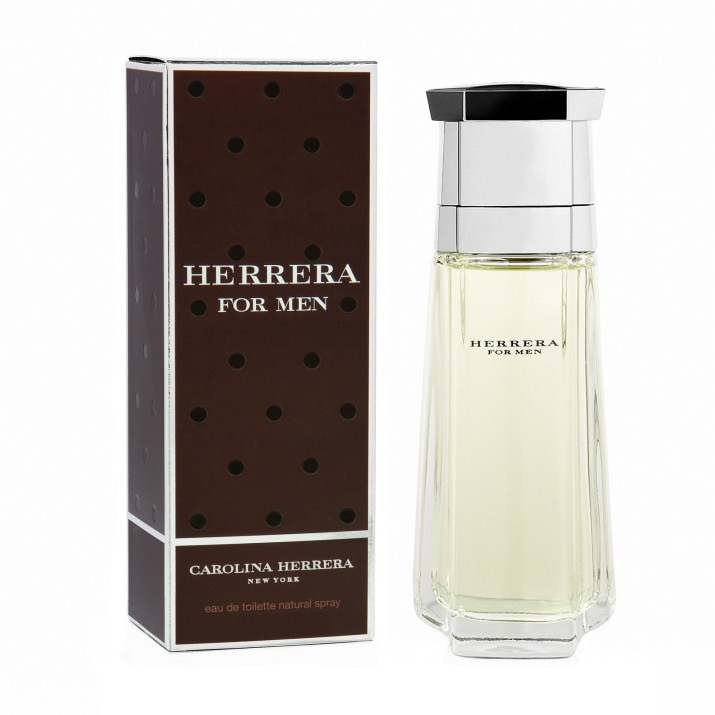 In 2000, Herrera opened her first store, located at Madison Avenue and 75th Street in Manhattan, and looked forward to expanding her business further into Europe. Within two years, she had opened her first collection boutique outside of New York, a boite located in Madrid’s upscale Salamanca district. 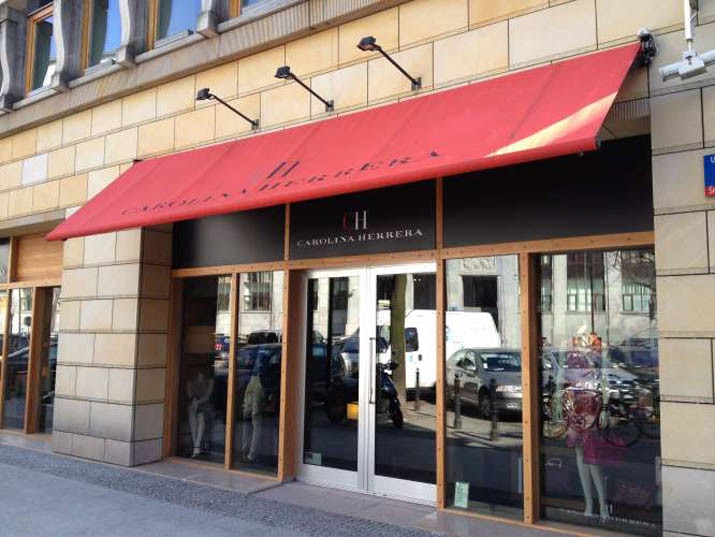 In 2008, Carolina Herrera launched a lifestyle brand called CH Carolina Herrera. In that year, the company opened four stores at The Galleria in Houston, Texas, Americana Manhasset, in Manhasset, New York, The Forum Shops at Caesars in Las Vegas, Nevada, and The Village of Merrick Park in Coral Gables, Florida. Currently, there are also boutiques in Boca Raton, Costa Mesa, Dallas, San Diego, Scottsdale, and Oranjestad. 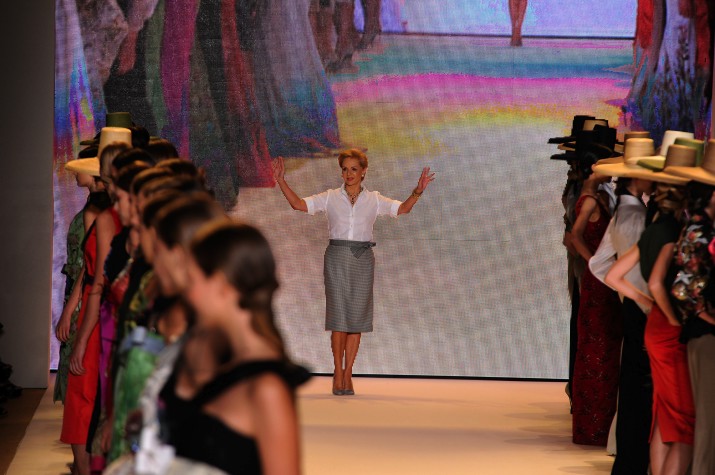 Herrera won the “Womenswear Designer of the Year” in 2004 and the “Geoffrey Beene Lifetime Achievement Award” in 2008, both from the Council of Fashion Designers of America, which directs her signature Carolina Herrera fashion and bridal collections, her slightly lower priced lifestyle collection CH Carolina Herrera, and ten fragrances.

Herrera received the distinguished “Mercedes-Benz Presents” title for the season spring/summer 2011 collection. The award recognizes designers for their dedication to the use of quality materials, unique style and innovative design for the past seven years. 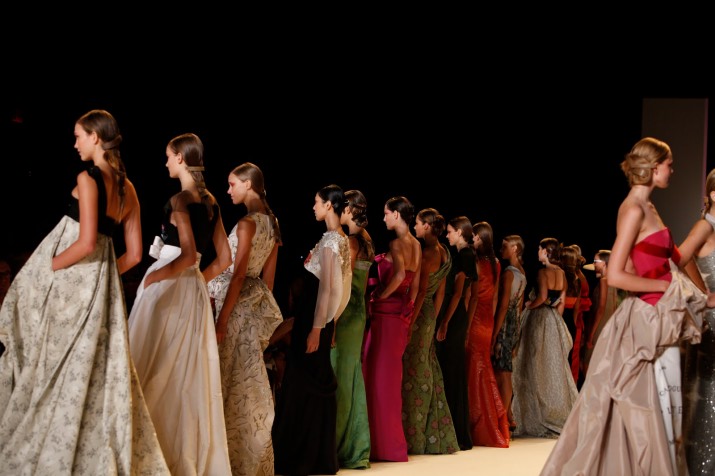 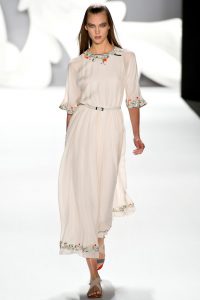