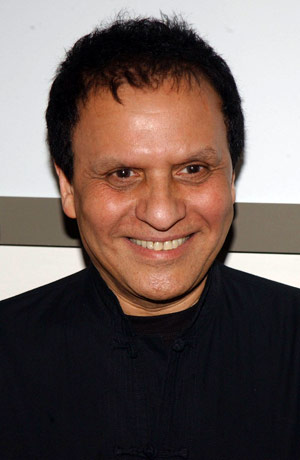 Azzedine Alaïa is a Tunisian-born couturier and shoe designer, particularly successful since the 1980s. He is one of the most important fashion designers of the last decades. The name Alaïa stands for glamour, sensuality, style, cut, self-confidence, comfort and, of course, sex appeal. His range of clothing has received great acclaim from celebrities.

Alaïa was born in Tunis, Tunisia on 7 June 1939. His parents were wheat farmers but his glamorous twin sister inspired his love for couture. A French friend of his mother fed Alaïa’s instinctive creativity with copies of Vogue. He lied about his age to get himself into the local École des Beaux-Arts in Tunis and began studying sculpture where he gained valuable insights into the human form.

After his graduation, Alaïa began working as a dressmaker’s assistant. He soon began dressing private clients, and in 1957 he moved to Paris to work in fashion design. In Paris, he started to work at Christian Dior as a tailleur, but soon moved to work for Guy Laroche for two seasons, then for Thierry Mugler until he opened his first atelier in his little rue de Bellechasse apartment the late 1970s. It is in this tiny atelier that for almost 20 years he dressed privately the world’s jet set, from Marie-Héline de Rothschild to Louise de Vilmorin (who would become a close friend) to Greta Garbo, who used to come incognito for her fittings. 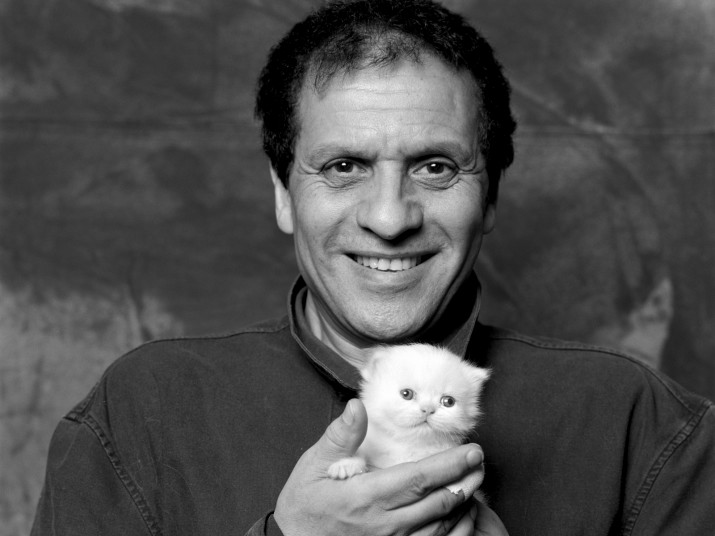 He produced his first ready-to-wear collection in 1980 and moved to larger premises on rue du Parc-Royal in the Marais district. Alaïa was voted Best Designer of the Year and Best collection of the Year at the Oscars de la Mode by the French Ministry of Culture in 1984 in a memorable event where Grace Jones carried him in her arms on stage! His career skyrocketed when two of the most powerful fashion editors of the time, Melka Tréanton of Depeche Mode and Nicole Crassat of French Elle, supported him in their editorials.

In 1980, while designer Andrée Putman was walking down Madison Avenue with one of the first Alaia leather coats, she was stopped by a Bergdorf Goodman buyer who asked her what she was wearing, which began a turn of events that lead to his designs being sold in New York and in Beverly Hills.

In 1984, he was voted Best Designer of the Year and Best collection of the Year by the French Ministry of Culture.

By 1988, he had opened his own boutiques in these two cities and in Paris. His seductive, clinging clothes were a massive success and he was named by the media ‘The King of Cling’. Devotees included both fashion-inclined celebrities and fashionistas: Grace Jones (wearing several of his creations in A View to a Kill), Tina Turner, Raquel Welch, Madonna, Janet Jackson, Brigitte Nielsen, Naomi Campbell (who is like a daughter to him), Stephanie Seymour, Tatiana Sorokko, Shakira, Miley Cyrus, Isabelle Aubin, Carine Roitfeld and Carla Sozzani. 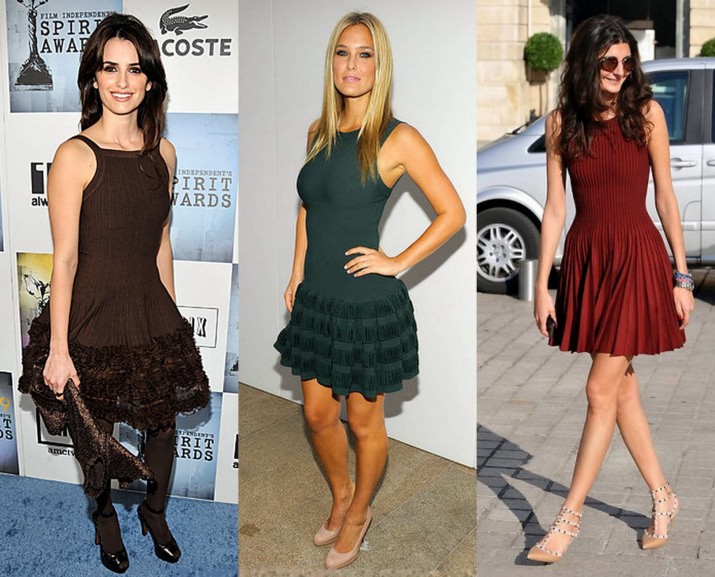 During the mid-1990s, following the death of his sister, Alaïa virtually vanished from the fashion scene, however, he continued to cater for a private clientele and enjoyed commercial success with his ready-to-wear lines. He presented his collections in his own space, in the heart of the Marais, where he brought his creative workshop, boutique and showroom together under one roof.

In 1996, he participated at the Biennale della Moda in Florence, where along with paintings by longtime friend Julian Schnabel, he exhibited an outstanding dress created for the event. Schnabel-designed furniture, as well as his large scale canvases, are decorating Alaïa’s boutique in Paris. 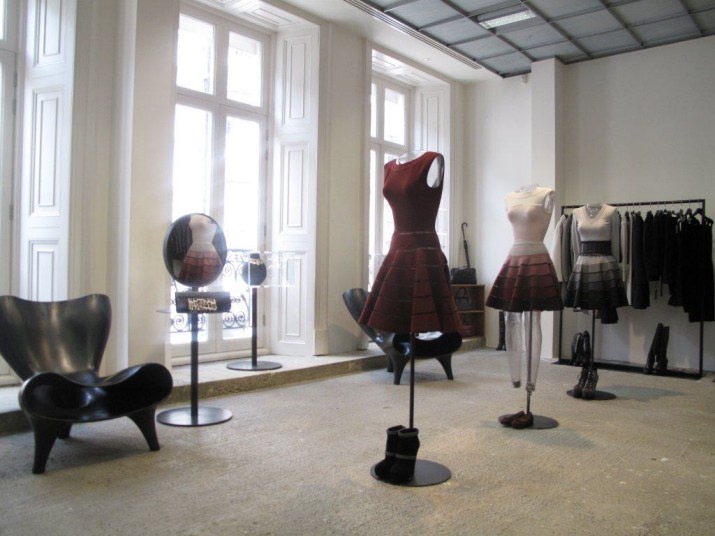 He then signed a partnership with the Prada group in 2000. Working with Prada saw him through a second impressive renaissance, and in July 2007, he successfully bought back his house and brand name from the Prada group, though his footwear and leather goods division continues to be developed and produced by the group. In 2007, the Richemont group (Cartier, Van Cleef) took a stake in his fashion house but he still does not show during the collections. 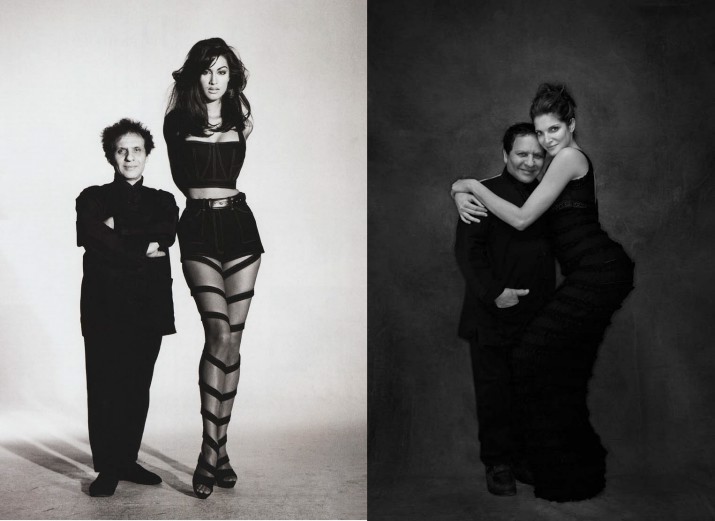 However, Alaïa still refuses the marketing-driven logic of luxury conglomerates, continuing to focus on clothes rather than “it-bags”. Alaia is revered for his independence and passion for discreet luxury. Catherine Lardeur, the former editor and chief of French Marie Claire in the 1980s, who also helped to launch Jean-Paul Gaultier’s career, stated in an interview to Crowd Magazine that ” Fashion is dead. Designers nowadays do not create anything, they only make clothes so people and the press would talk about them.The real money for designers lie within perfumes and handbags. It is all about image. Alaïa remains the king. He is smart enough to not only care about having people talk about him. He only holds fashion shows when he has something to show, on his own time frame. Even when Prada owned him he remained free and did what he wanted to do.” 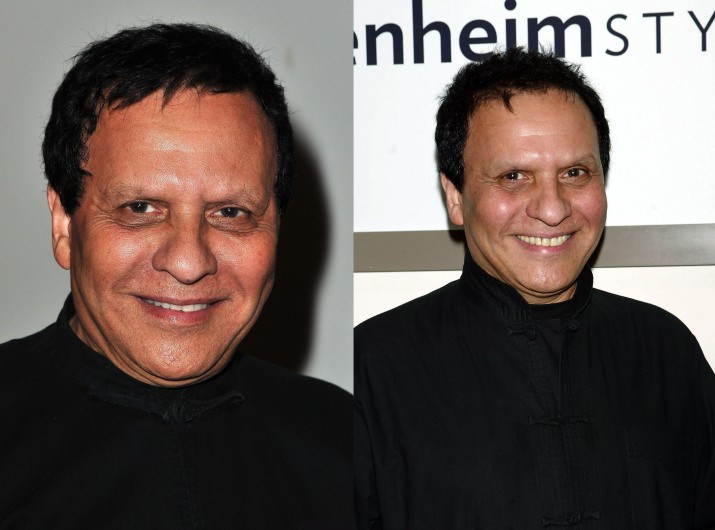 Alaïa was honored with a solo exhibition at the Groninger Museum in the Netherlands in 1998, which debuted at the Guggenheim Museum in New York in 2000 curated by Mark Wilson and Jim Cook. His clothes are available in Barneys New York alongside Lanvin, Balenciaga, and Dolce & Gabbana, and his shoes are sold at Bergdorf Goodman. Carine Roitfeld was photographed during February 2007 Fashion Week in one of his coats, with the New York Times declaring that she was the only woman at any of the fall 2007 shows that “looked like the future.” Victoria Beckham stated that Alaïa is her favourite designer and wore the designer’s work, a gift from husband David Beckham, to two Academy Award parties in February 2007. 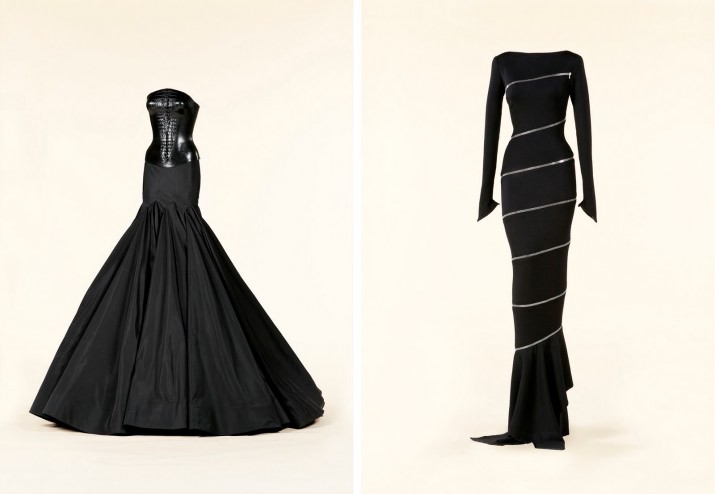 Alaïa was referenced in the mid-’90s teen hit Clueless starring Alicia Silverstone. When mugged at gunpoint, Silverstone’s character protests kneeling in a parking lot in a famously clingy dress by the “totally important designer” by exclaiming, “This is an Alaïa!” Carla Bruni wore an Alaia jacket during the State Visit to Spain in 2009. Madonna also honored him in her 1993 “Bad Girl” video. She rips the plastic off her dry cleaned suit in which the tag reads Alaïa. 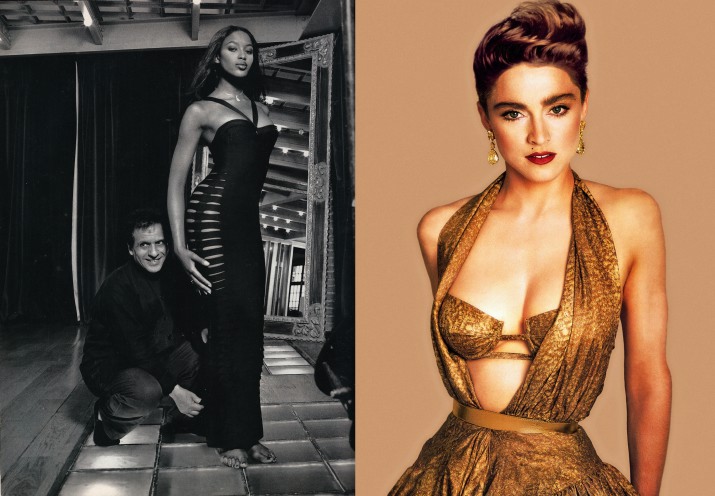 Azzedine Alaïa was named Chevalier de la Légion d’honneur by the French government in 2008.  Lady Gaga Has also worn several of his creations, notably in her Thanksgiving special she wore a long Fall 2011 dress. July 2011 saw Alaïa’s first catwalk show in seven years, for which he was given a standing ovation. The event attracted a star-studded front row, including Donatella Versace and Sofia Coppola. 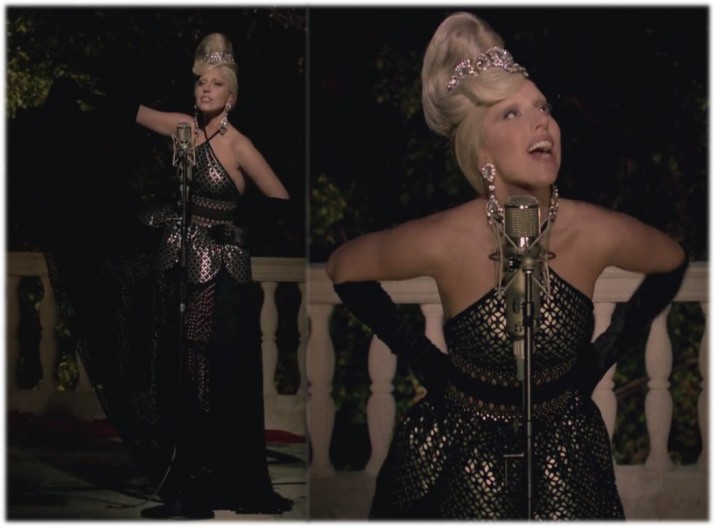 In July 2012 it was announced that Alaïa was set to open a store in Paris in March 2013, his first since 1992. True to form, the emphasis is reportedly on keeping the building a low-key shopping destination in its relatively secret location. Nicknamed the “King of Cling” Azzedine Alaïa practically invented the stretch mini, Lycra cyling shorts and the body suit that became inspiration to high street fashion design.

Azzedine Alaïa knows the female body and understand how to display it properly. His clothes are a symbols of the fitness craze that started during the 1980s – trim, slim and fit. A master cutter and tailor, Azzedine Alaïa is also a perfectionist and works directly onto the body to get that perfect fit. He is also a master of draping and can create clothes that almost fit like a second skin. 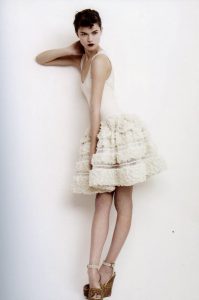