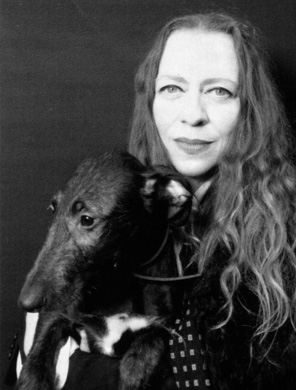 Ann Demeulemeester was born in Waregem, a city in the Flemish province of Belgium in 1959, and later lived in the city of Bruges. Her father, a chicory professor, and her mother both currently live in Waregem. Initially, Demeulemeester showed no interest in fashion.

She attended art school for three years, where she discovered her fascination with people and portraiture, which led her to begin thinking about clothing attire. From this, Ann went on to study fashion design at the Royal Academy of Fine Arts in Antwerp from 1978 to 1981. In 1982 she won Golden Spindle Award, Belgium.

In 1986, Demeulemeester, along with her fellow students from the Antwerp Royal Academy, went to London to showcase their collections. As a result, she is often referred to as a member of the ‘Antwerp Six’, the radical and distinctive Belgian designers of the 1980s. This group of avant-garde designers are known for their decontructivist styles of creating untraditional clothing lines. Other notables from the group include Dries van Noten and Walter Van Beirendonck.

After graduating from the Royal Academy of Fine Arts in 1981, Demeulemeester found success almost immediately. A year after her graduation, she won the Gouden Spoel, an annually awarded prize to the year’s most promising fashion designer. Ann began working as a freelance designer for a few years, and then proceeded to release her own line in 1985 with husband Patrick Robyn.

Her first collection was shown in a Parisian art gallery with a makeshift runway and somber models in 1992. In 1996, she debuted her own menswear line.With a close attention to detail and use of cutting-edge techniques and materials, Ann Demeulemeester consistently produces pieces that are distinctive and instantly recognizable. She began by drawing influence from gothic, punk, and Japanese styles while still remaining true to her own ideas. Her pieces, which at times have been described as “funereal”, have subtle hints of emotion and emphasis on sexuality. 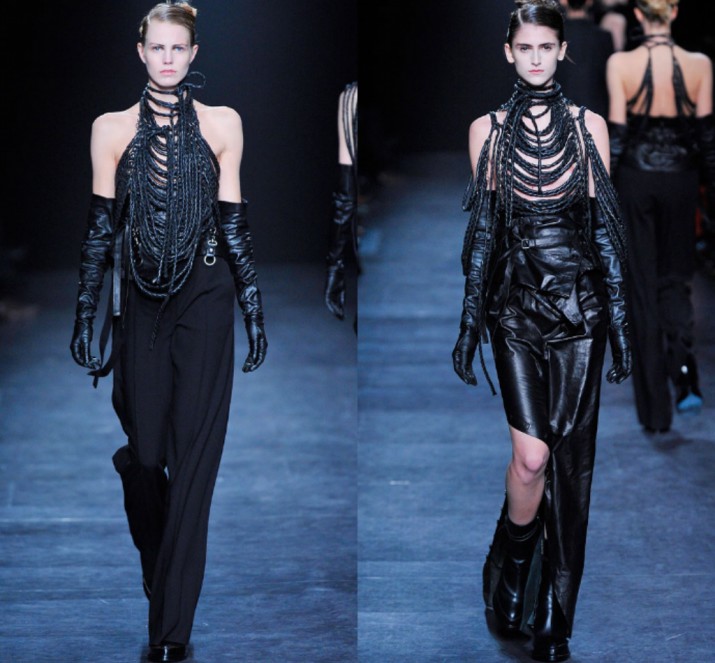 In 1994, her silhouette became more elongated and streamlined. Though Demeulemeester works with a very specific aesthetic, she continuously strives to push conventions and produce fresh looks for each season. With a poetic casualness, which carries clothing and design into the realm of personal expression, Ann Demeulemeester creates like no other.

“I could do it the easy way, give the same pieces, but if I don’t try new things then I’m not pushing myself, and I feel bad. I feel lazy.” 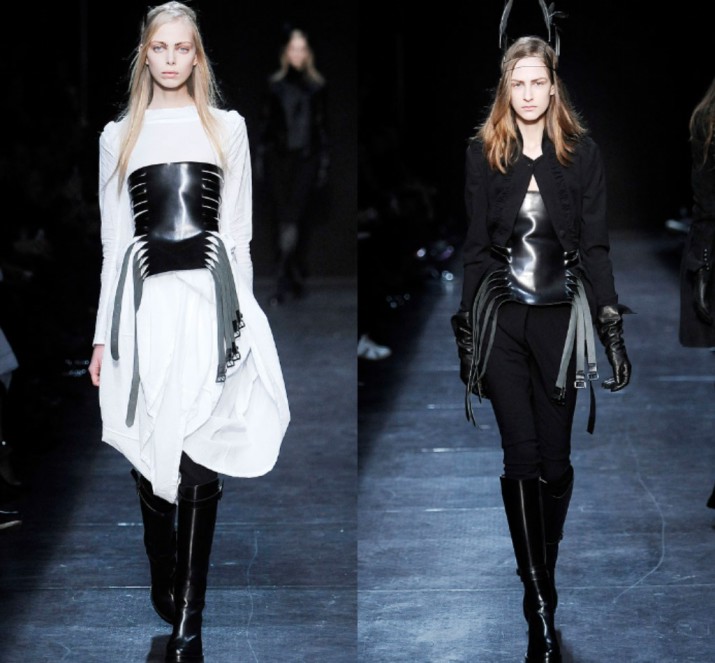 Despite being approached by major fashion houses (names of which she refuses to divulge), Ann Demeulemeester emphasizes both design and financial independence, and chooses to remain with her own line. She opened her own shop in Antwerp in 1999. Her collections are now sold in over 30 countries worldwide. With her line Ann Demeulemeester blanche and line of menswear with the successful creation of shoes, handbags and jewelry Ann Demeulemeester has never been stronger, or more appreciated. 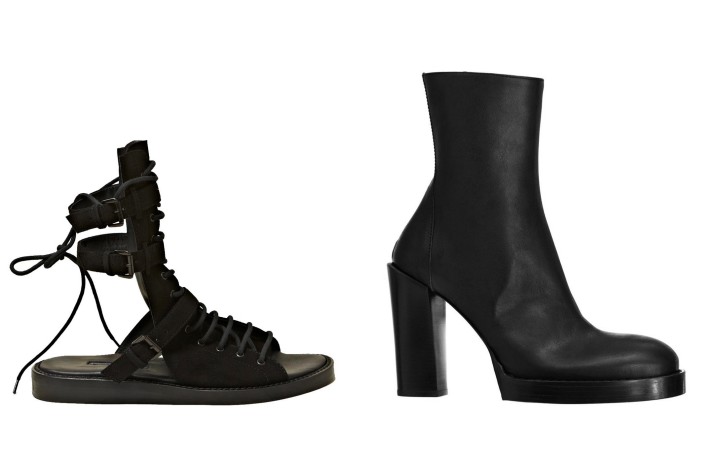 Ann Demeulemeester worked with the artist Jim Dine, and draws much of her inspiration from the androgynous singer, Patti Smith. Currently, she is working on a clothing line inspired by Jackson Pollock.

Demeulemeester is married to photographer Patrick Robyn and has a son, Viktor. The couple live in Antwerp, in the only house in Belgium designed by Le Corbusier. 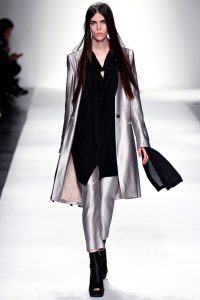