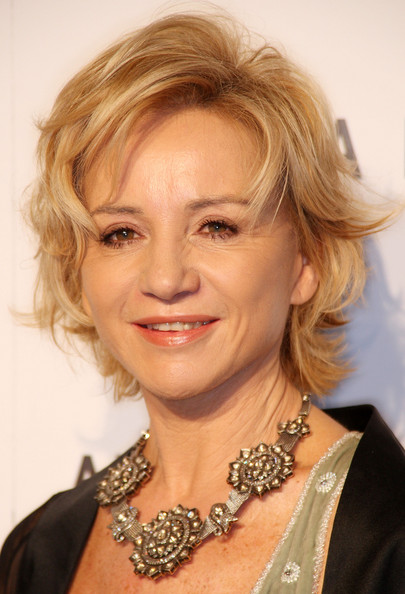 Alberta Ferretti was born in Cattolica 1950, in the province of Rimini, Italy. The daughter of a dressmaker Ferretti spent much of her childhood in the family dressmaking shop. “I have beautiful memories of touching fabric and materials, of the seemingly huge women who used to do the fittings, of the vivacious atmosphere,” Ferretti later says of fashion that she “was born into it, maybe even born with it in my blood.”

In 1968, following her mother’s lead, just 18, and a newlywed, she opened her first little boutique in Cattolica called Jolly. She hanged her own designs alongside those of other labels, and her talent was soon discovered by an agent who encourages Ferretti to further develop her collection. She designed a first collection in 1973 and in 1974 launched her signature line, Alberta Ferretti.

1980 Founded Aeffe (the Italian pronunciation of her initials), a production and distribution concern, with her brother Massimo Ferretti, who later became Aeffe’s executive chairman. She began showing seasonal collections on runways of Milan, Italy, in 1981. In 1984 launched Ferretti Jeans Philosophy, which was renamed Philosophy di Alberta Ferretti in 1987. “Philosophy seemed to be the perfect name because philosophy is something that cannot be imposed,” she later sayed. “I never want to impose anything, so the name had to be about freedom.” 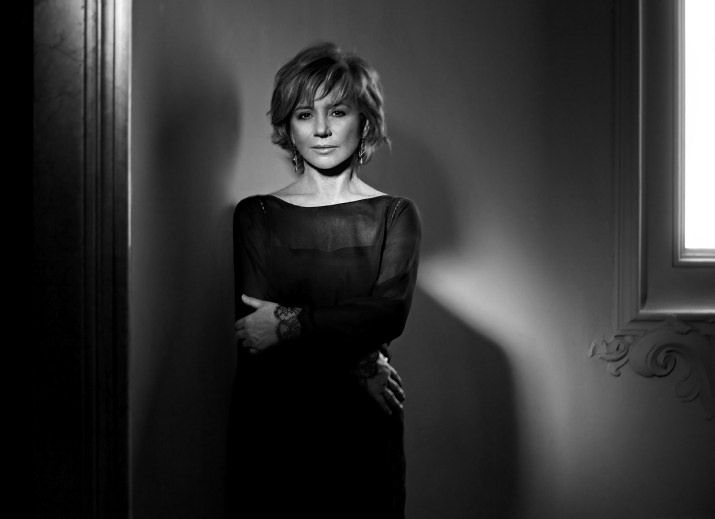 In 1985 “Ferretti, herself not yet 40, has a particular following among young people who like the comfortable look of her daytime clothes and her eveningwear,” observes an Associated Press fashion writer.

When scouting for a second home in 1988, Ferretti discovered a ruined castle in the medieval hilltop village of Montegridolfo. With coinvestors, she restored not only the castle (which is converted into the four-star Palazzo Viviani, decorated by Ferretti and opened in 1994), but also the entire town.

In 1989 she became the first female member of the Foundation of the Cassa di Risparmio di Rimini, an Italian bank. She was named best female entrepreneur in Italy’s state of Emilia-Romagna in 1991.

In October 1993 Ferretti presented clothes reminiscent of The Great Gatsby for the Milan ready-to-wear shows. One of her designs was a long and trim gingham dress, in pale blue. A flapper showed a beige crocheted dress styled just above the knee. Her renditions of the toga for the production were diverse. They were simple gowns, some of them short, others long and draped. 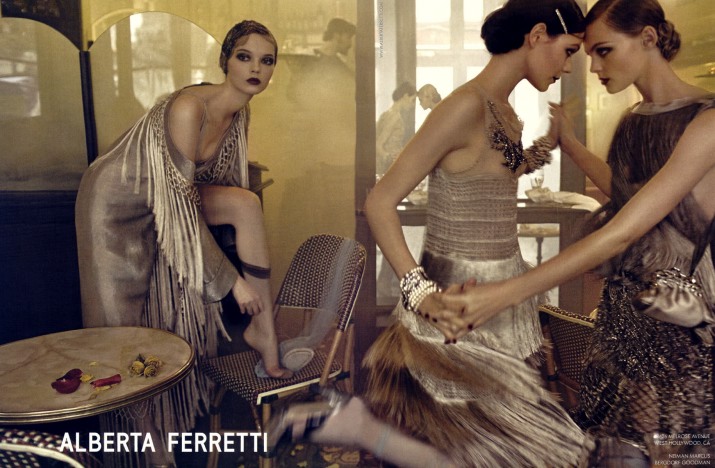 Ferretti extended her the breadth of her company outside of Italy beginning with the acquisition of a building at 30 West 56th Street in New York City. She started Aeffe U.S.A., which produced and distributed clothing by Moschino, Rifat Ozbek, Jean Paul Gaultier, and Narcisco Rodriguez. Aeffe is owned by Ferretti and her brother, Massimo. The locale also became the hub for marketing her own collections. 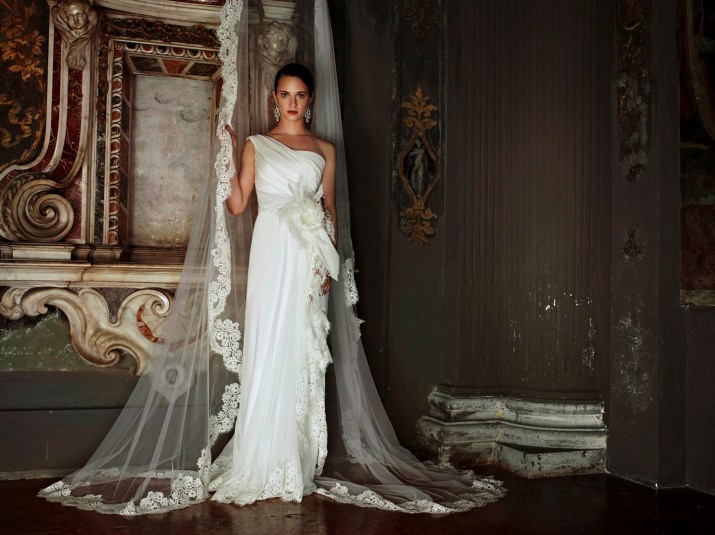 By 1998 she opened in-store boutiques for selling her signature and Philosophy di Alberta Ferretti lines at Bergdorf Goodman. Next she obtained her initial American freestanding store in SoHo. This business, near Prince Street, is exclusively for her Philosophy collection. It is a lower priced edition of Ferretti’s signature line, intended for younger women. In contrast to most designers, she started boutiques for her secondary lines prior to opening a flagship store for her signature collection. The same year Ferretti is awarded a Cavalieri del Lavoro by the Italian president.  In 2000 Ferretti received an honorary degree in conservation of cultural heritage for her work in Montegridolfo. 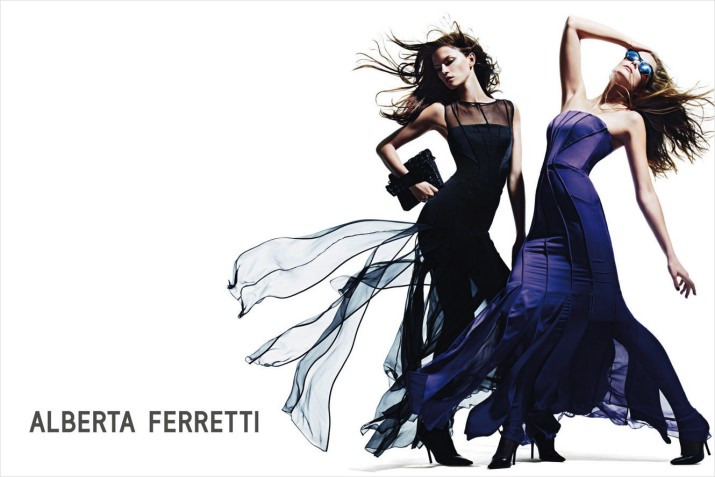 Ferretti signed a licensing deal with Procter & Gamble for a fragrance line in 2000. In July 2005 she received a lifetime-achievement award in Rome. Honored by the Fashion Group International in October. Mr. & Mrs. Smith star Angelina Jolie’s appearance in a Ferretti dress at the Worldwide Orphans Foundation gala lands her a spot on Vogue’s best-dressed list. 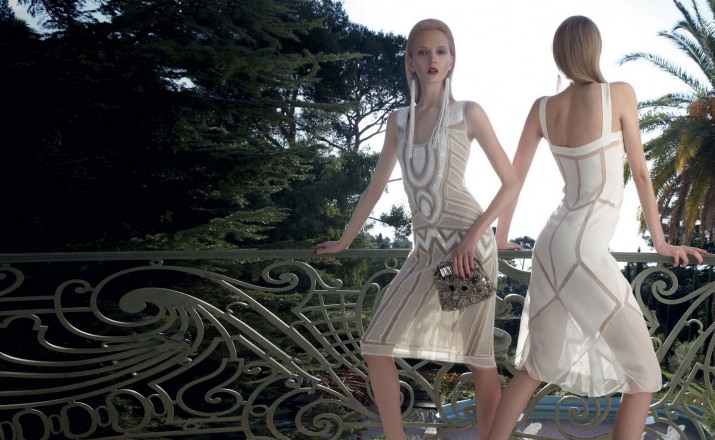 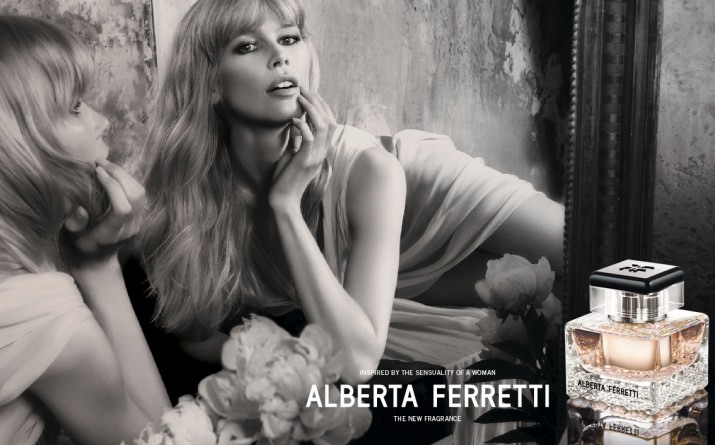 Ferretti is known for her designs featuring twisting, tucking, and draping techniques. Her style employs a subtle layered look, sometimes showing a hint of hand-beaded gauze which extends slightly beneath the hem of a wool dress. The erotic qualities of the chiffon and jersey fashions she introduced for her spring 2008 fashion collection is evident in the look of her dresses. Many of them are cut high in the front and draped low in the back. Her target customer is the cocktail crowd. Specifically the dresses are party frocks, above the knee, and enhanced by rhinestone rosettes and armour-like chain mail. Feretti’s collection includes pleated bubbled coats, toga-like minidresses and skirts, and a sparse number of gowns of soft mint green and white hues. The minidresses and skirts were shown with ethereal models wearing metallic gladiator flats. 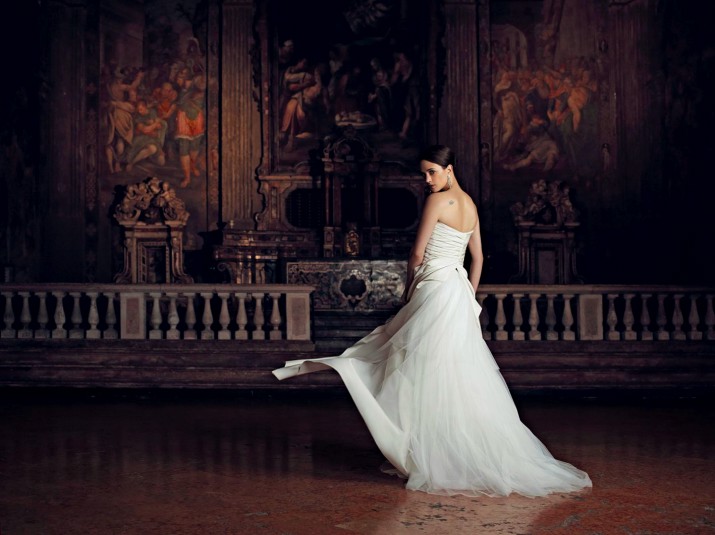 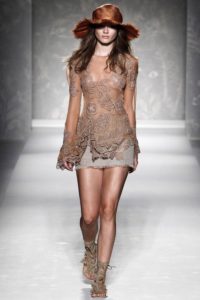 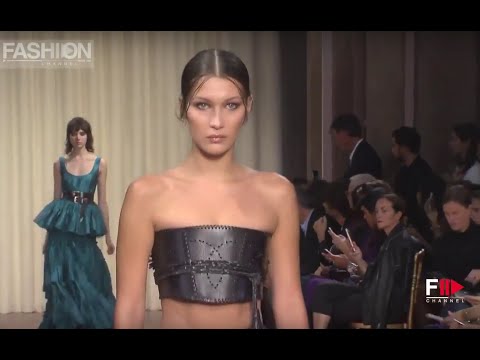 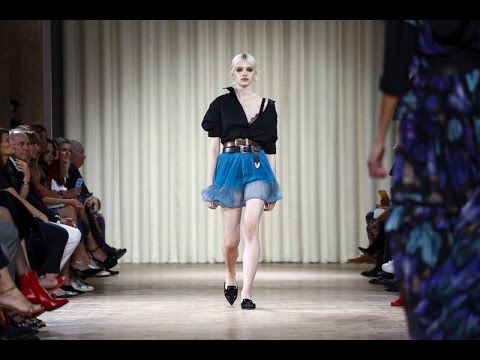 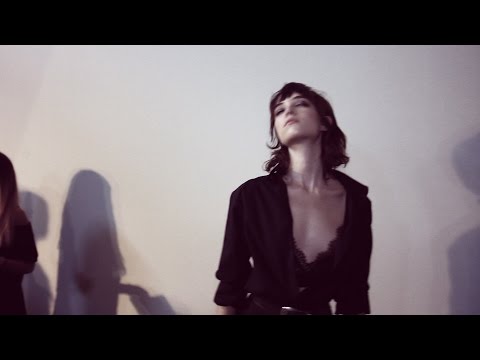 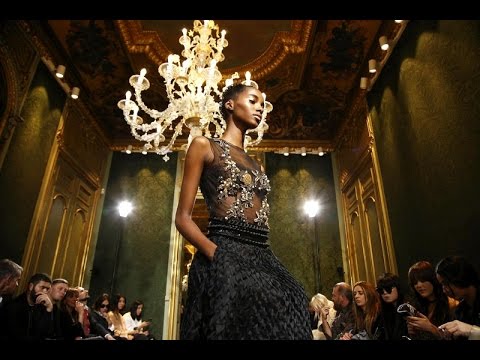 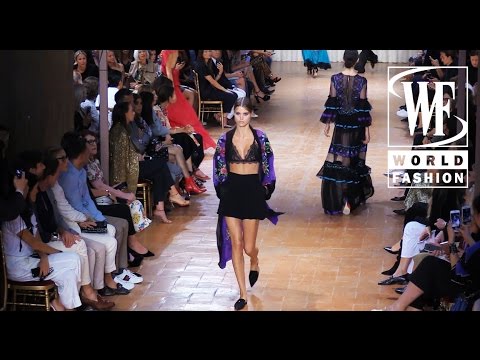