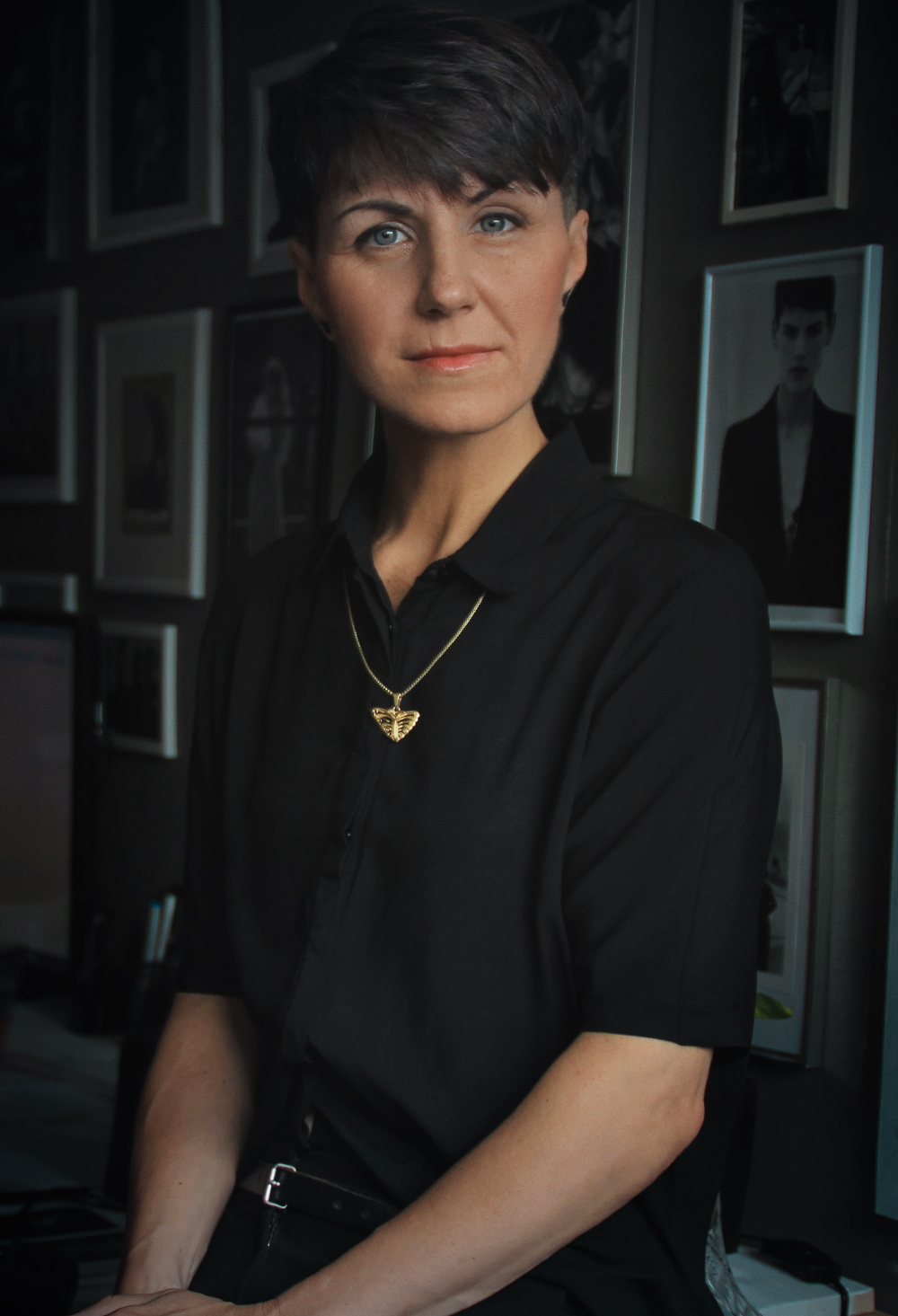 Katarzyna Majuk, born in 1978 in Poland, is a Polish photographer. Known for black and white photography as storytelling. Inspired by people and art. Always in the pursuit of light and searching for charismatic and authentic personalities. Art lover.
Katarzyna’s interest in photography and the art of painting evolved at a young age. She was also an admirer of black and white cinema, in which the elegance and simplicity fascinated her the most; what was in the further years very much related to her black and white photographs. The first simplest analog camera, she got at the age of thirteen and so started her first experience with photography. The first steps were to learn to master the light and perspectives, then to understand the photographed person, to achieve what most she was looking for in humans faces: the truthfulness and naturalness. The first models were just ordinary people or friends from school. Many years she continued to learn photography by herself without any academic background. After high school education, Katarzyna decided to settle in Berlin. This city fascinated her with its culture, people, and lifestyle. She got the opportunity to work and practice in a photo studio where she gained more experience in photography and stay independent financially. Next further years very inspired by documentary photography, she chooses to travel around Europe. It took two years to document the journey. The photographed objects became nature, humans, their traditions and culture, which cultivated her creative eye. After the travel, she returned to Berlin and decided to open her own studio where she started to work on some planned fashion projects, which were later on published in several fashion magazines and exhibited in Berlin and Italy. Today she works as a freelance photographer, and her work is focused exclusively on portrait and fashion photography.
People and life inspire me the most.
I love art in its every form. I am still at the point of learning, confronting and discovering the unknown – that’s the way we can grow.