Louis Vuitton Malletier was a luggage-maker and luggage-designer in Paris in the mid-late 1800’s. More thatn a century later, Vuitton’s handbags and luggage are now a stuatus symbol around the world and are often looked to in the world of fashion.The Louis Vuitton “LV” Monogram design can be considered the very first “designer label” on a product, as it was created in 1896 with the intent of prevention counterfeiting.

He was born in 1821 in Cons-le-Sannier. He was the son of a carpenter. He moved from his hometown of Anchay, Jura France in 1835 at the age of fourteen. Two years later, he arrived in Paris and started working as an apprentice for trunk-maker and packing-case-maker Monsieur Marechal.

Louis recognized a need for flat trunks which could go in the cargo hold of ocean-going ships or on luggage racks of trains, without getting damaged. So he took his first two names, and formed a company in 1854 to make high quality luggage. Right from the beginning, Louis insisted on extraordinary quality and craftsmanship, catering to the rich people who appreciated the beauty of his products. He found himself luggage maker to kings, stars and noble people almost immediately. In 1854 Vuitton opened his first store in Paris on Rue Nueve des Capucines, founding Louis Vuitton Malletier. 4 years later he opened a large factory in Asniéres to accommodate increased demand.

In 1872 he introduced the striped red and beige colour scheme which has remained instantly recognizable. In 1876 he invented the wardrobe trunk which had a rail inside and small drawers.
In 1880 he gets married and in 1883 his son Gaston-Louis is born.
He opened his first London store in 1885.

In 1888 the Damier Canvas pattern is created by Louis Vuitton in collaboration with Georges, and bears a logo that reads “marquee L. Vuitton deposée”. Louis Vuitton died in 1892.

His company was carried on by Georges Vuitton. In addition to their store in London, but Georges saw opportunities in the United States and set up a shop in New York.

In 1904 Georges chaired the jury for the St. Louis World Fair. In the same year, the Louis Vuitton company introduced a new line of trunks that have special compartments for items such as perfumes, clothing, and other goods.

In 1936 in the golden age of Louis Vuitton ends as Georges Vuitton passes away. Estimates attribute Georges Vuitton with over 700 new Vuitton designs. Gaston-Louis Vuitton assumes control of the company. The secretary trunk is introduced for Leopold Stokowski, a conductor. After US aviator Charles Lindbergh crossed from Paris to New York, he brought a full set of Vuitton luggage. Vuitton now sponsors vintage car competitions and sports activities all over the world including the America’s Cup yacht race. 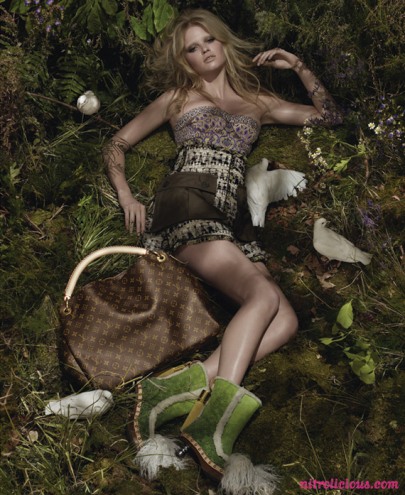 In 1943, Henry Racamier (born 1913) married Odile Vuitton, granddaughter of the founder. He took over the company in 1977 at the age of 65 and over the next decade transformed it from a small business to an international powerhouse with 100 stores all over the world. In 1969 Gaston-Louis Vuitton dies and in 1977 Odile Vuitton created the Louis Vuitton SA holding company.

Louis Vuitton stores open in Tokyo and Osaka, Japan in 1978. Racamier oversaw many milestones, the first Korean store in 1984, the introduction of their EPI leather line in 1987 and the first Chinese store.

In 1987 Racamier merged the company with the Champagne group Moet Hennessy, run by Bernard Arnault, which is now one of the world’s most powerful luxury goods conglomerates owning Dior, Givenchy and other fashion houses.In 1990 Racamier left the company which he had built up.

He died in early 2003 at the age of 90. Up until the 1990’s Louis Vuitton completed a century of making bags and luggage out of exotic leathers such as alligator, lizard and ostrich as well as ordinary animal skins. But always of the very highest quality. Patrick Louis Vuitton, the great grandson of the founder, is at present the President of the company. Yves Carcelle was named C.E.O. in 1990.

In 1997, the house of Louis Vuitton decided to branch out into ready-to-wear womens clothing. LVMH adds Marc Jacobs, who designs the Monogram Vernis line, and LVMH launches a line of travel guides to major cities around the world in 1998. He has been a great success. His designs for Louis Vuitton are elegant and wearable, no shock tactics or radical chic. Understated and streamlined, his clothes exude effortless luxury while at the same time being fresh and innocently sexy.

Louis Vuitton is famous for it’s handbags, beautiful, creative, unusual and in fantastic demand. Marc has encouraged artistic designers to make special handbags for Louis Vuitton. In 2001 Stephen Sprouse designed a Graffiti bag. Julie Verhoeven, the popular illustrator and now fashion designer, made a fairytale applique set of bags in 2002 which are shown on her page. In 2003, Japanese designer Takashi Murakami created the "Eye Love" handbag range which generated $ 300 million in sales. The latest bag is the "Theda" bag of 2004. Each season, Marc Jacobs presents the Louis Vuitton ready-to-wear collections during Paris Fashion Week. In January 2004 Louis Vuitton celebrated it’s 150th anniversary. Yves Carcelle, the 55 year old chairman of the company hosted a grand celebration.

Continually expanding, Louis Vuitton today boasts 13 production workshops, an international logistics center, more than 300 exclusive shops in 50 countries and employs 9,500 people throughout the world, 60% of whom are based outside France.