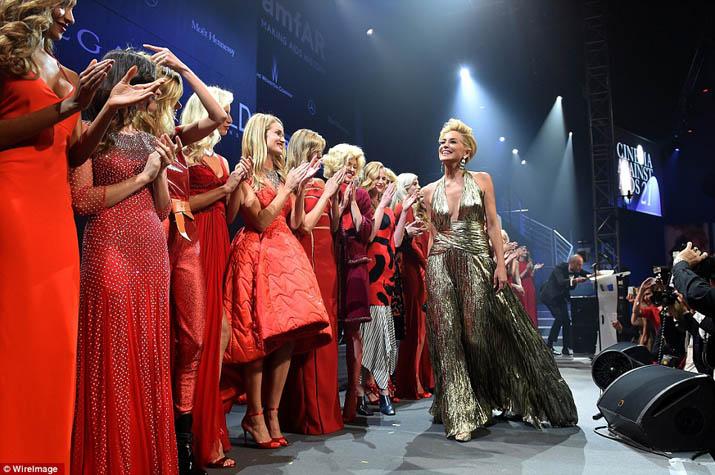 Twenty-first annual amfAR Cinema Against AIDS gala attracted some of most eye-catching stars and stunning supermodels this past Thursday at Hotel du Cap-Eden-Roc. It was the place to be for the evening’s event where fashion and film stars from around the world gathered. Fifty-six year-old American actress, Sharon Stone presented the AIDS awareness gathering in a bold metallic gold gown and plunging neckline.

“When the Kings, Queens & Stars of High Fashion’s Most Elite Meet to Support AIDS Research” 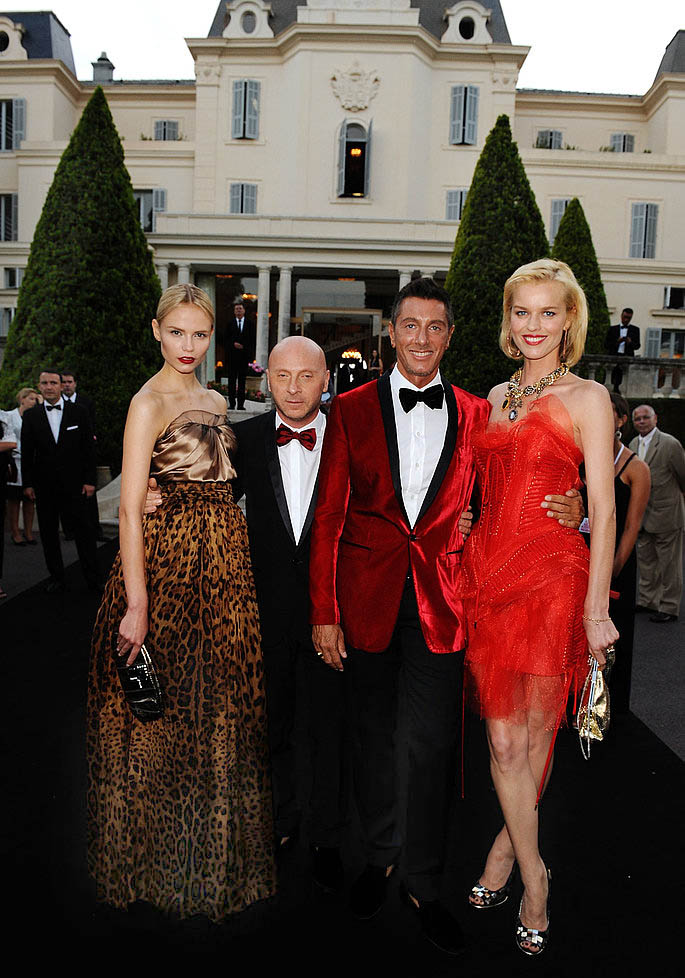 Natasha Poly (left), who needed the help of two women to pick up her Cavalli gown reappeared in a leopard gown and solid luscious-red lips. Domenico Dolce attended in a red bow-tie and classic black tux as Stefano Gabbana showed off his style in a red blazer. Eva Herzigova (right) wore a sexy red dress with bustier-like top accented with a chunky silver and gold necklace. 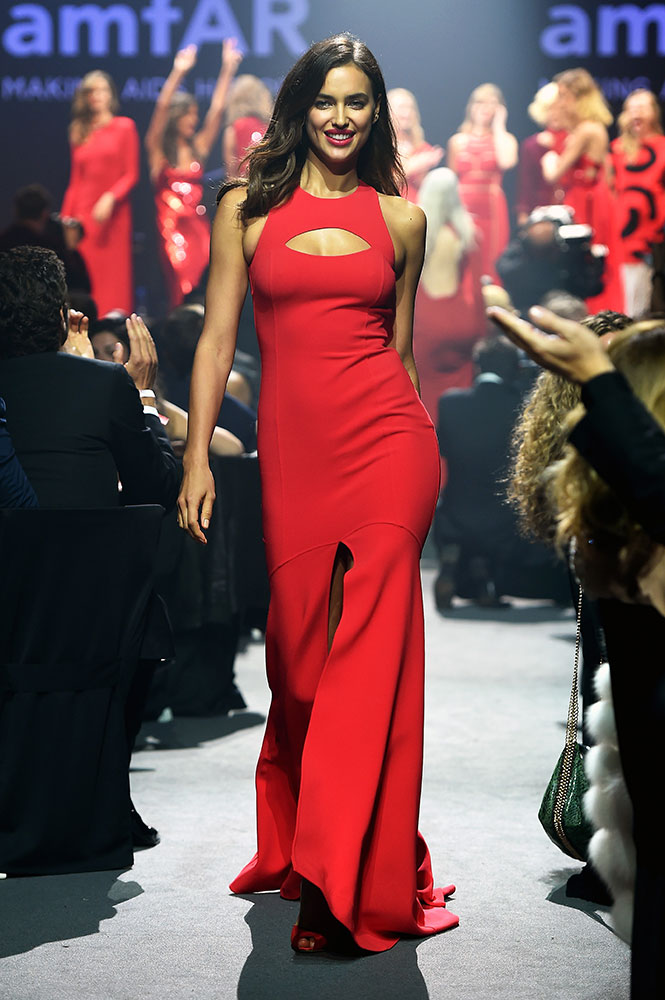 Dolce and Gabbana docked their “mirrored floating disco” yacht before hosting their annual blowout, according to T’s Stefano Tonchi and joined in on the fun with Claudia Schiffer who made her very first red carpet appearance of the festival. Roitfeld made her own rounds by stopping to chit-chat with Twilight’s Robert Pattinson. 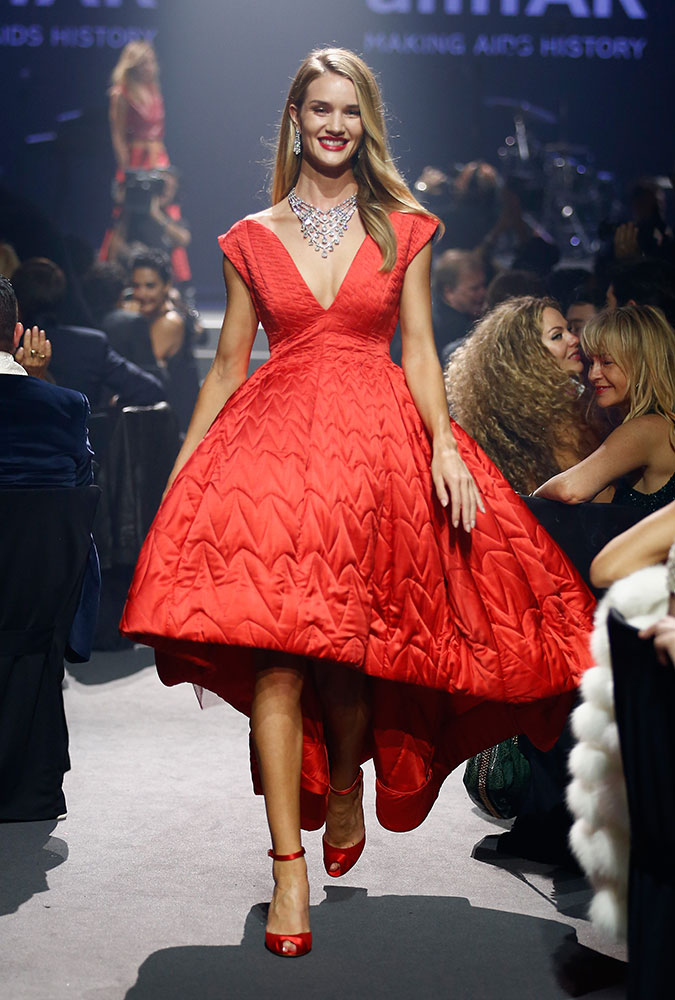 If you want to get a complete eyeful of sensational stars, the French Rivera will serve you just that. AmfAR Cinema Against AIDS gala promised appearances of chairs Donatella Versace and Carine Roitfeld. The gala did just that and so much more. During the Cannes Film Festival and various other glitzy big-name events, an array of today’s most beautiful supermodels strutted their stuff in sultry red ensembles in a wide mix of styles and fabrics. 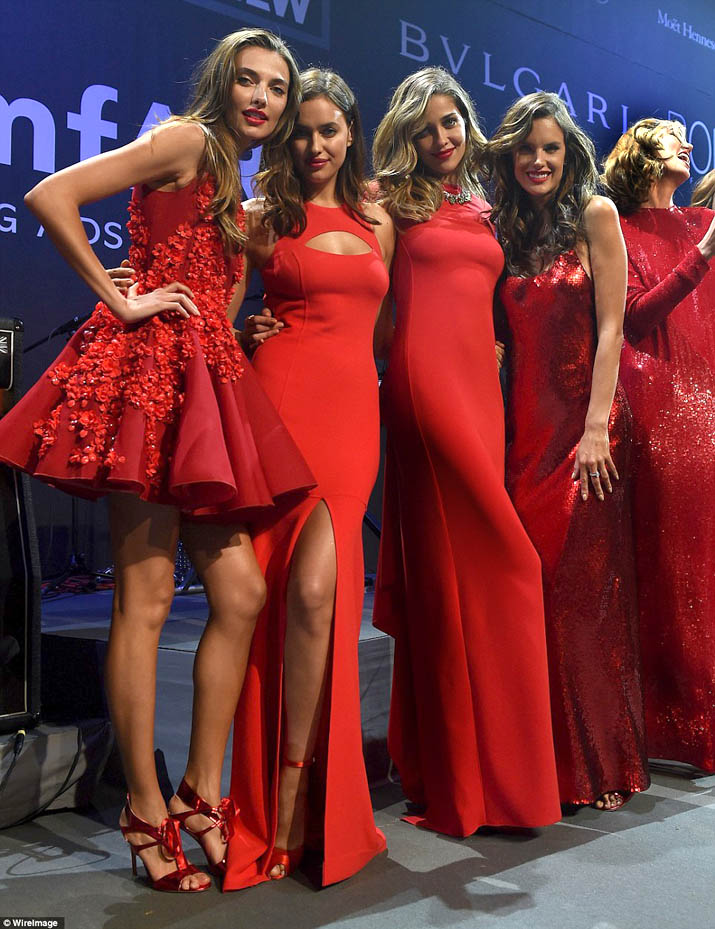 Ladies in red, many who have modeled in Victoria’s Secret wing-clad spectacles, were dressed to impress in elaborate creations by top brands such as Alexander McQueen, Alexander Wang, Burberry, Chanel, Christian Dior and Christopher Kane which was made special for the fundraising event. 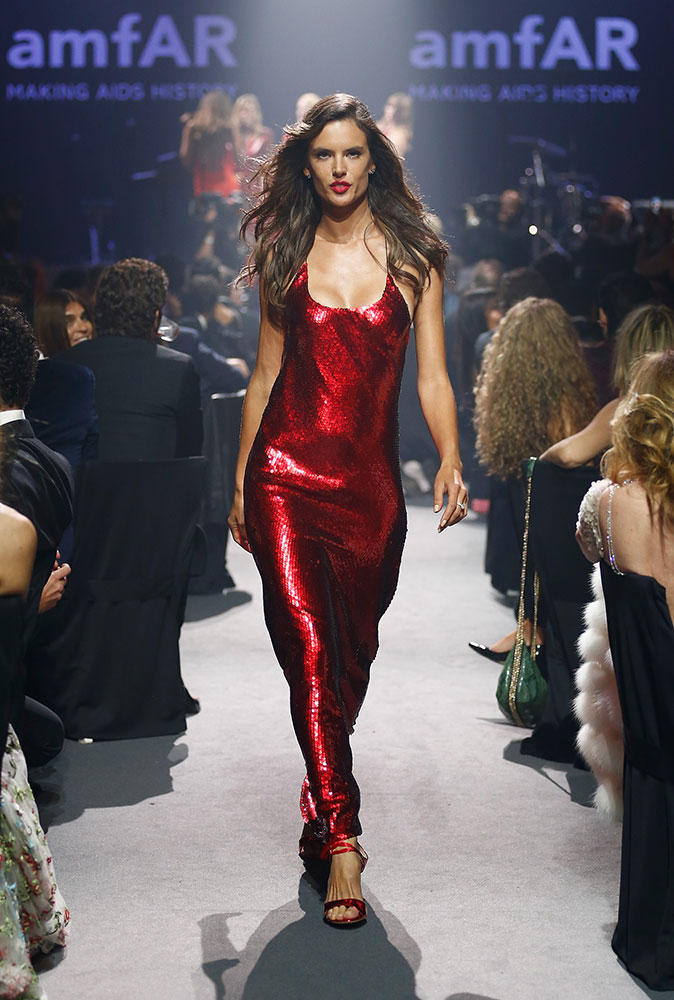 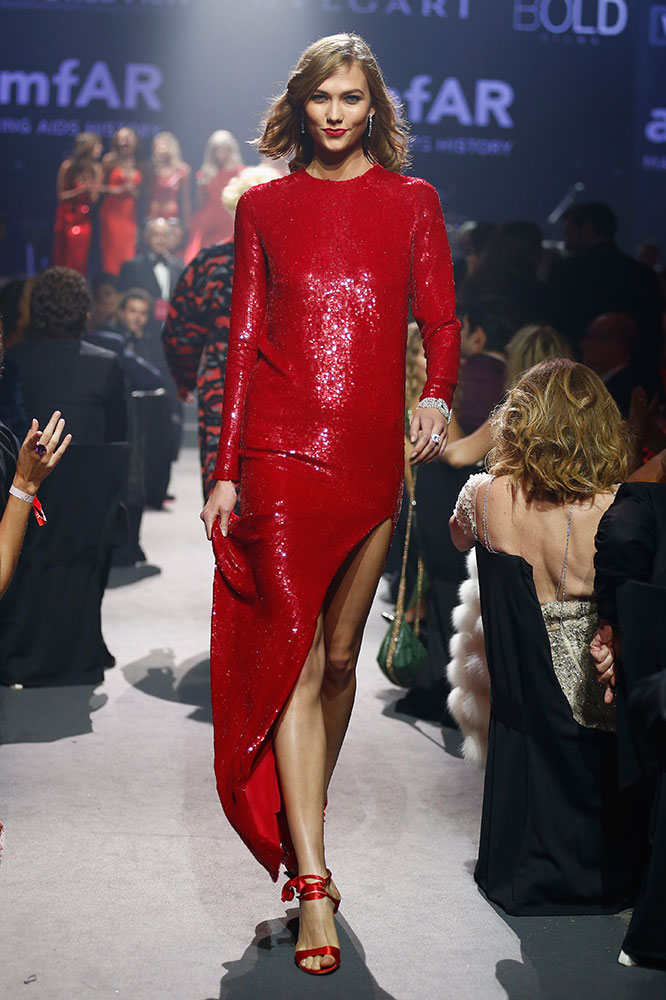 One thing was for sure, when the super models arrived for the gala event, seeing the red gowns they were to wear, they certainly knew, they were at the top of their game.  And for a good cause. 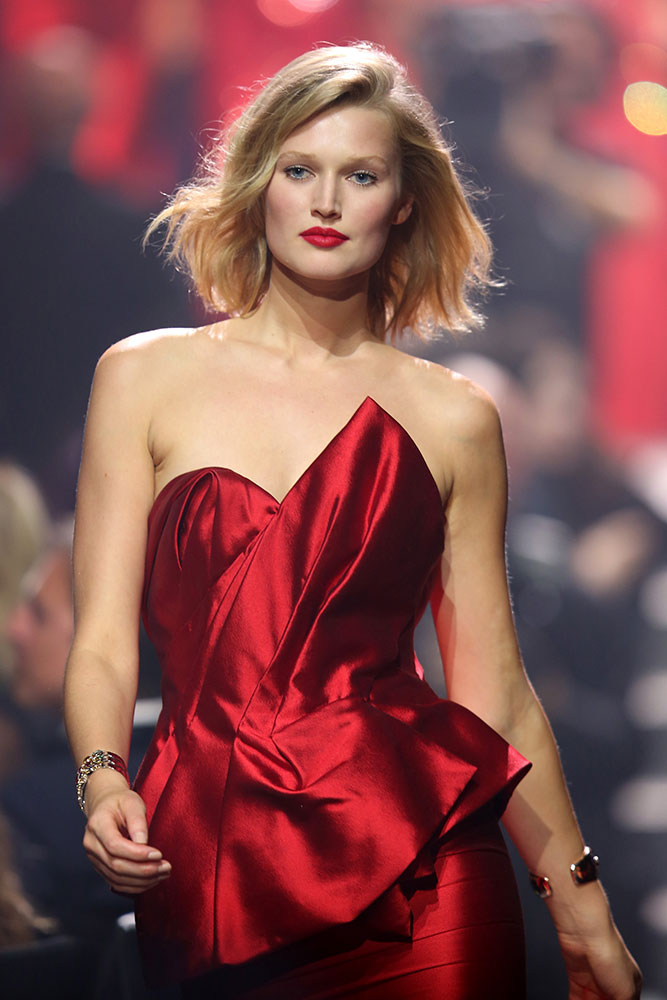