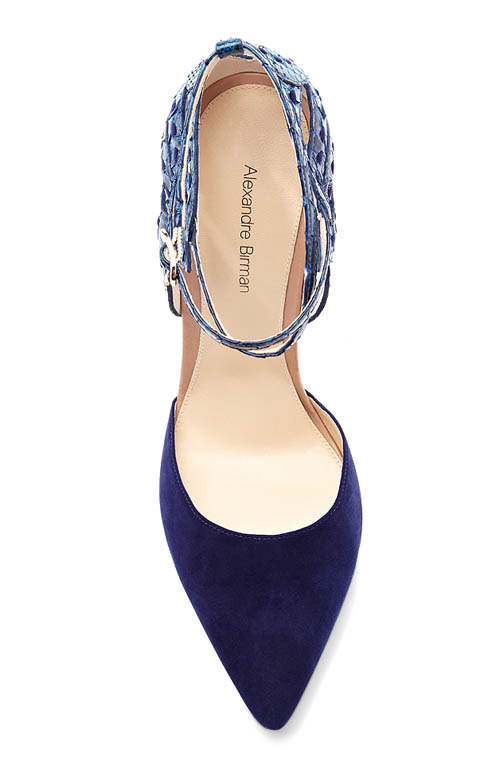 Modern & Edgy Brazilian shoe designer Alexandre Birman is a couture artist in the shoe arena. Founder of his self-titled couture brand ‘Alexandre Birman’, he is known for his trademark use of exotic skins such as crocodile, lizard and ostriach, and in this case snakeskin. The Birman ‘Ambar Ankle-Strap Pumps’ come in blue suede and snakeskin straps. A classy pointed toe and python heel that is heel candy for the catwalk. 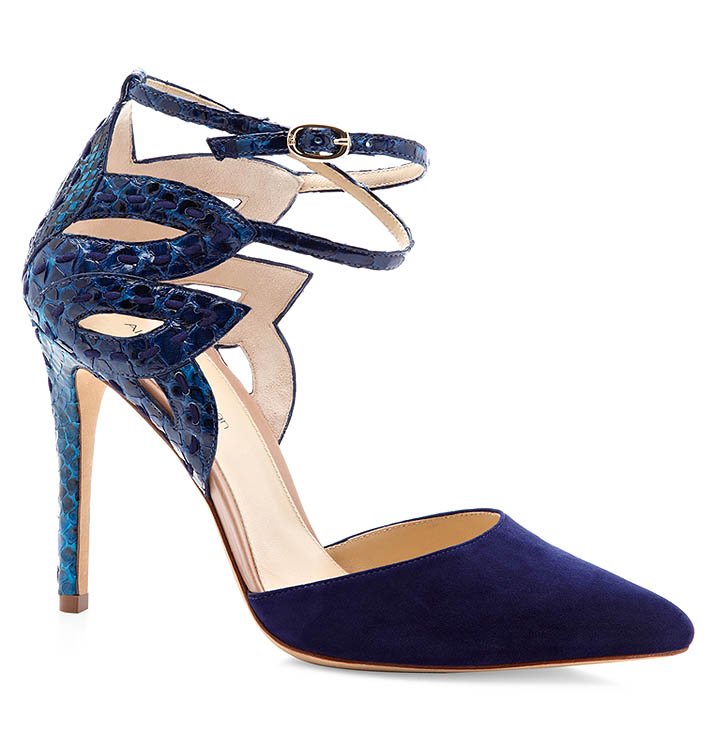 A little behind the edgy designer : Alexandre Birman’s accomplishments range from collaborating with designers to winning talent awards for couture shoe designer. Birman is the collaborative designer with Prabal Gurung for the debut of his fall collection during the Mercedez Benz Fashion Week 2010. Birman was also awarded for the best ‘Vivian Infantino Emerging Talent Award’ by industry publication Footwear News. Now, Alexandre Birman has an empire of his own in designing couture shoes for women. His racy heels can be found at Saks Fifth Avenue or Shop Style. 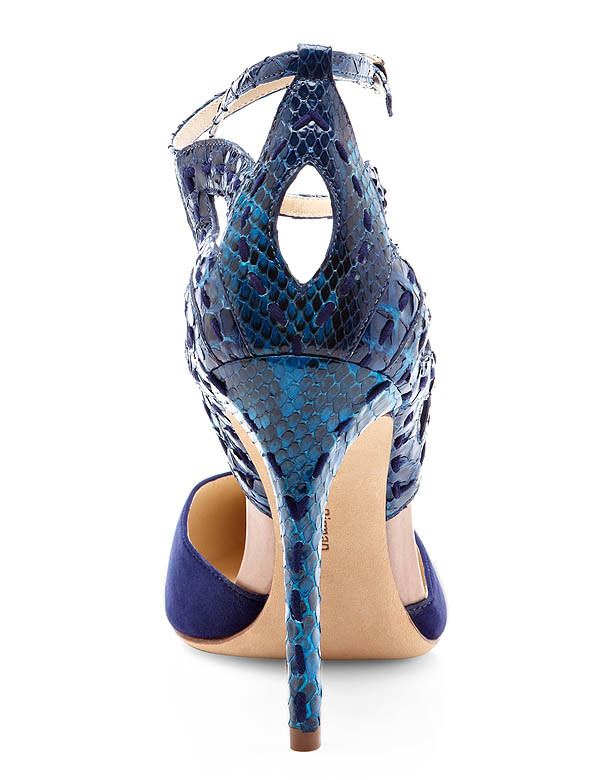 The same footwear candy mentioned in ‘Gossip Girl’ , now featured for your footwear pleasure. Alexandre Birman’s is a purchase good well spent. These pumps feature geometric shaped pump with suede pointed toe and a double python strap at the toe, all over threaded suede detail at the heel and a silver buckle on each strap with leather sole.