Time has flown by for John Galliano’s, and today he is in a better state of mind. It was not long ago, Galliano’s highly publicized removal from world-renowned fashion company Dior was in no way a secret. However, his whereabouts since then have been – that is until now. In his first interview in nearly two-and-a-half years, Galliano spoke to Ingrid Sischy, contributing editor for Vanity Fair about his past (including that night at La Perle), present, and hopeful future. 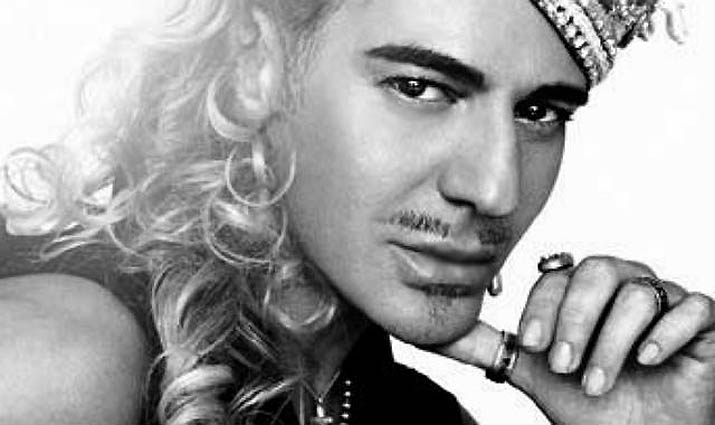 Galliano’s unfortunate expulsion from the Dior label came after a final display of anti-Semitism on a drunken Thursday night back in February 2011 at La Perle bar in Paris’ Marais district. Threats and racially offensive slurs poured out of Galliano’s mouth, leading to his arrest. An “I love Hitler” video was released shortly after, and Galliano was ultimately dismissed from his multi-million dollar position at the fashion powerhouse.

Beyond the loss of his career, Galliano was found guilty of public insults that disgraced a number of people on the basis of sex, race, ethnicity and religious affiliation. Although he was found guilty, the 1-day trial in September did not result in jail time for Galliano. Instead, the designer was ordered to pay approximately $8,400 (6,000 Euros) in fines, as well as court fees. 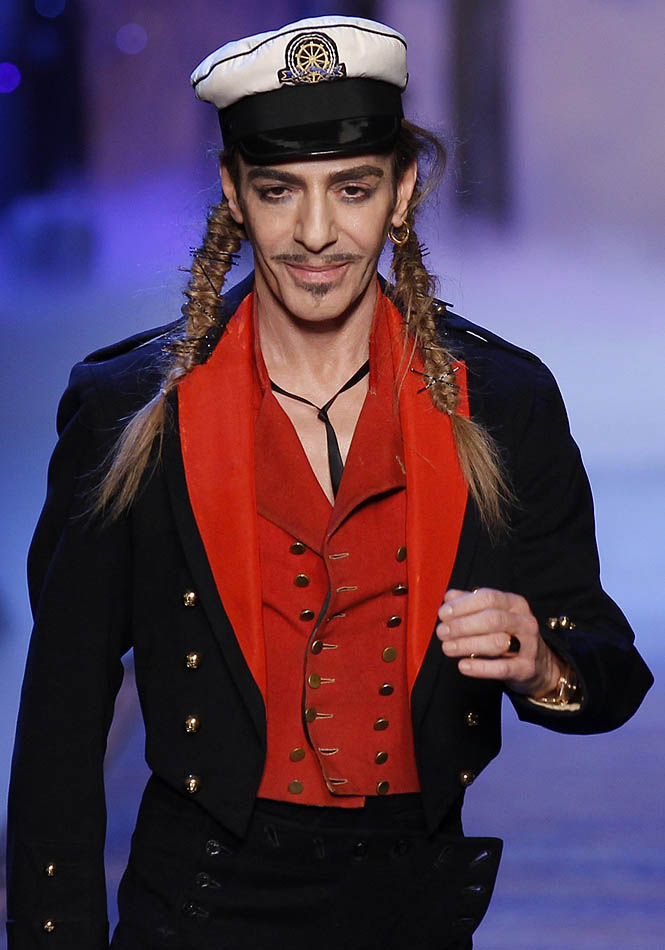 The court, seemingly understanding of Galliano, did not appear to link his behaviors to those of the “conventional” hate criminal. It had rather been suggested that medication and alcohol had altered Galliano’s mind to the point of delirium. Valium, taken with sleeping pills, red wine, and an assortment of painkillers – all found in Galliano’s system, demonstrated barbiturate poisoning at a near-deadly level. The brutal reality served as a public announcement of Galliano’s dangerous addiction he had long been suffering from behind closed doors.

Only those close to Galliano had known that he was on a downhill spiral prior to it surfacing in the public eye. “It started when we were 20-year-olds,” said Galliano’s musical collaborator Jeremy Healy. “It was a laugh then. He’d be in a restaurant and stand on the table and sing a song and everyone would love it.” In the moment it was fun – but with time, it grew worse, and sobriety remained lost. “When you’re still drunk two days later, it’s not fun.” Said Healy to Vanity Fair. “John would become a monster. He’d go on for days and days.” 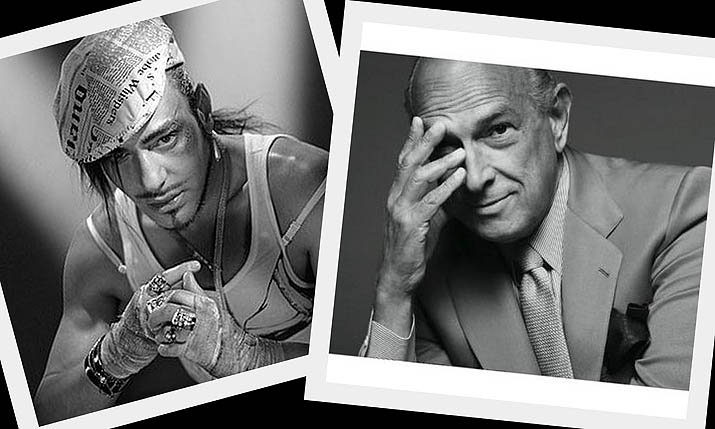 Galliano’s indisposition grew slowly over the years, and his enormous success in the fashion industry disguised the disease as it progressed. “I thought I could control it, “ said Galliano. “I never drank in order to be creative, or to do the research. I didn’t need alcohol for any of that. At first alcohol was like a crutch outside of Dior. Then I would use it to crash after the collections. I’d take a couple of days to get over it, like everyone. But with more collections, the crash happened more often, and then I was a slave to it.” It started with alcohol, and then came the pills. “… The pills kicked in because I couldn’t sleep,” Galliano told Sischy.

“ Then the other pills kicked in because I wouldn’t stop shaking. I would also have these huge bottles of liquor that people got for me. Towards the end, it was whatever I could get my hands on. Vodka, or vodka-and-tonic. Wine, in the belief that it would help me sleep. Wrong. I did manage to stop the voices. I had all these voices in my head, asking so many questions, but I never for one second would admit I was an alcoholic. ” 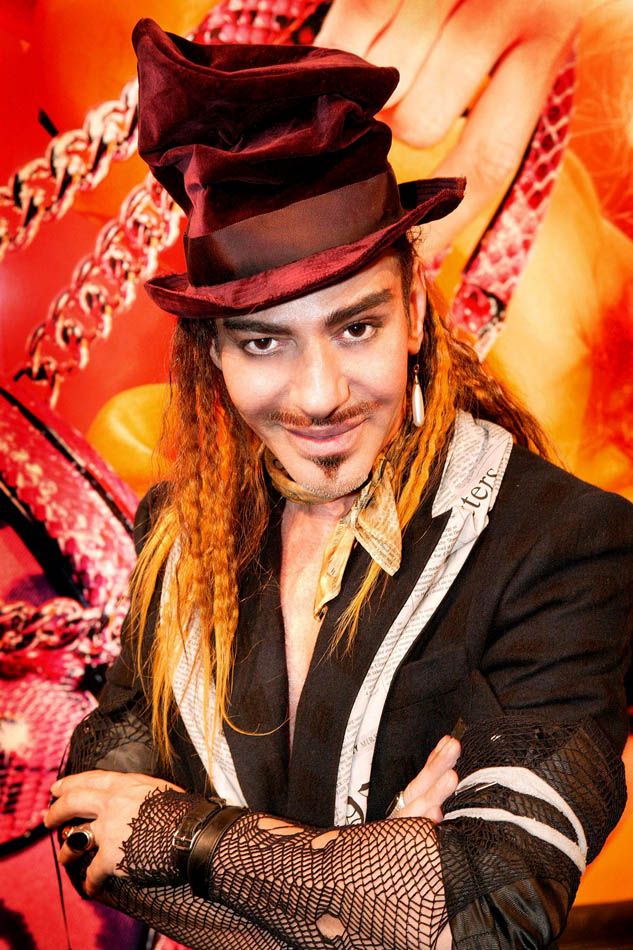 Galliano continued to carry out his work in a high-functioning manner, and was successful with what he did professionally. But underneath it all, his problem was growing.

Perhaps what really sped up the creative genius’ journey to rock bottom was the death of his studio manager, 38-year-old Steven Robinson in 2007. Robinson had been Galliano’s “right-hand-man” as Sischy says it. Robinson was the number one guy Galliano would turn to. The loss of Robinson likely sparked an unprecedented substance dependency for Galliano. Drinking spells would consume his days to the point of hygienic deprivation. “Not having washed, I’d be covered in sores and humiliated,” Galliano told Sischy.

“I had the tremors. I wouldn’t sleep for five days. I would go to bookstores and get some self-help books, but I was in denial. I’d throw myself back into the gym. I’d be careful about what I ate. And, of course the whole cycle would start again.” 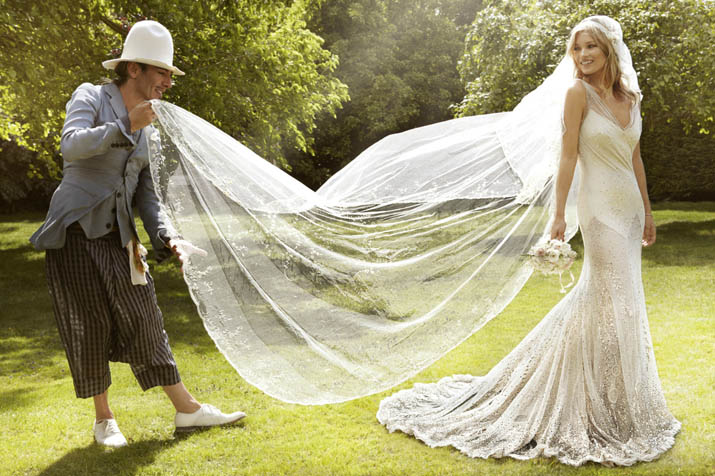 By 2010, those closest to Galliano prepared for catastrophe. A number of his confidants, including Healy, considered turning him in to his LVMH bosses for suspension until he recovered, but it never happened. They did not want to double-cross their dear friend, the creative genius.

Sidney Toledano, chairman and C.E.O of Christian Dior Couture, worried for Galliano. Even after returning from a vacation, when Galliano appeared to be above his under-the-influence ways, Toledano knew better. While concerns of many were alleviated, Toledano set Galliano aside and urged him to get help. The post-vacation period of rest and sobriety was just another phase in the reoccurring cycle. In an irrelevant response to Toledano, Galliano advised him to follow a healthier diet.

Galliano again rejected the urge to get help when Toledano and C.E.O of LVMH Bernard Arnault set Galliano aside to warn him that if he didn’t clean up his act, he would wind up dead. Galliano reciprocated the premonition by ripping off his shirt. “Does this look like the body of an alcoholic?” he asked, referring to his healthy-looking physique. 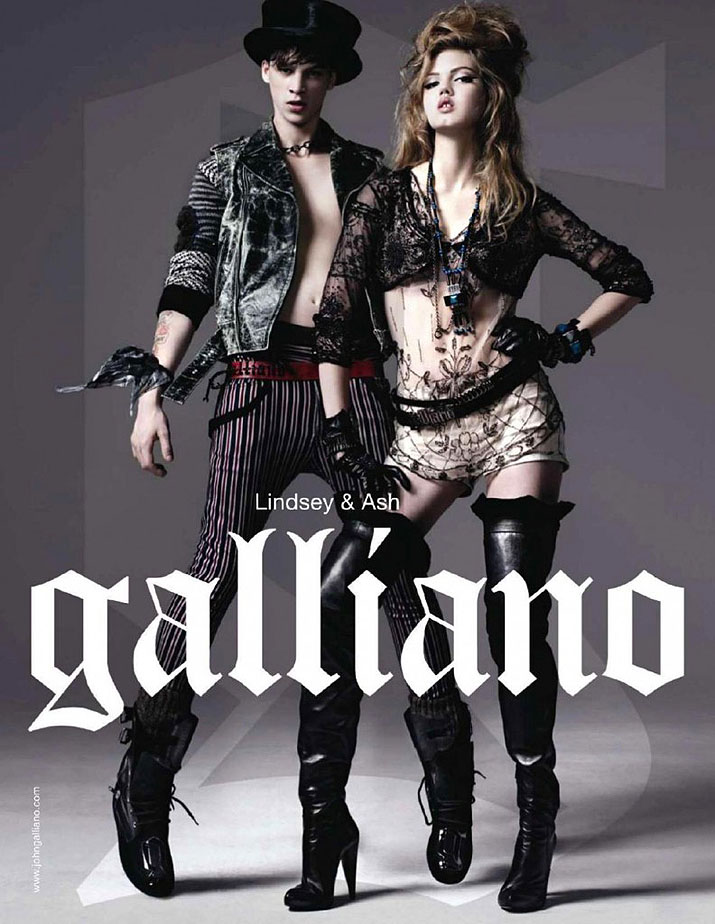 Soon after, the La Perle incident unfolded, and Galliano’s drunken outbursts made headline news. Galliano hit an all-time low, both in his life, and his career. Some abandoned the French designer, while others, including supermodel Naomi Campbell, stood behind him. His esteemed profession was pulled from beneath his feet, and for days he remained unseen in the confines of his apartment, still inebriated.

By March 1, Healy and company smuggled Galliano out of his apartment and into rehab. Campbell had made the arrangements for Galliano to stay at a center in Arizona for six weeks.

Rehab in Arizona was the first step of many, toward the path of recovery. According to Vanity Fair, “Galliano says he has been sober for more than two years now, approaching recovery the same way he used to go about creating a collection – throwing himself into it with all he’s got.” Apart from stimulating his creativity, Galliano has read books on Jewish history, attended meetings and put in great effort to make amends. He has even spoken with Jewish leaders and has gone to Saturday morning services at the Synagogue. He has faced the repercussions of his words, yet still wonders to this day why he said the things he did. Galliano has reiterated that he is not anti-Semite or anti-Asian. A number of friends and work partners too persist that they had never gotten the slightest inclination that Galliano was racist or prejudice in any way, shape or form. 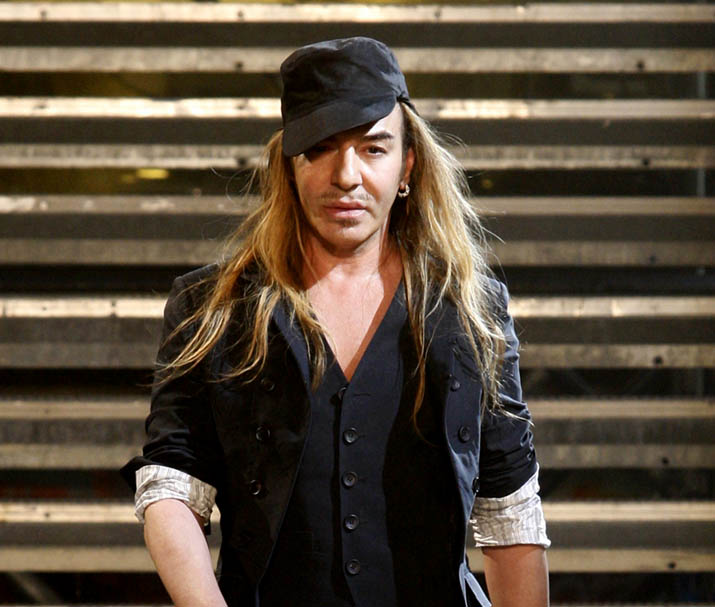 Addictionologist Dr. Harris Stratyner of the Caron Treatment Center in New York suggested that although racial slurs came from the designer’s mouth, he was intoxicated and in a different state of mind – it does not necessarily mean that Galliano is racist. While in a blackout mode, “things can come up that are the complete antithesis of who you are,” said Stratyner, who is also a psychologist.

“It’s the worst thing I have said in my life,” said Galliano. “But I didn’t mean it. … I now realize I was so angry and so discontent with myself that I just said the most spiteful thing I could.” Galliano has since then confronted his wrongs, and owned up to his actions. “Even now I’m still learning every day how many people I hurt,” he said. 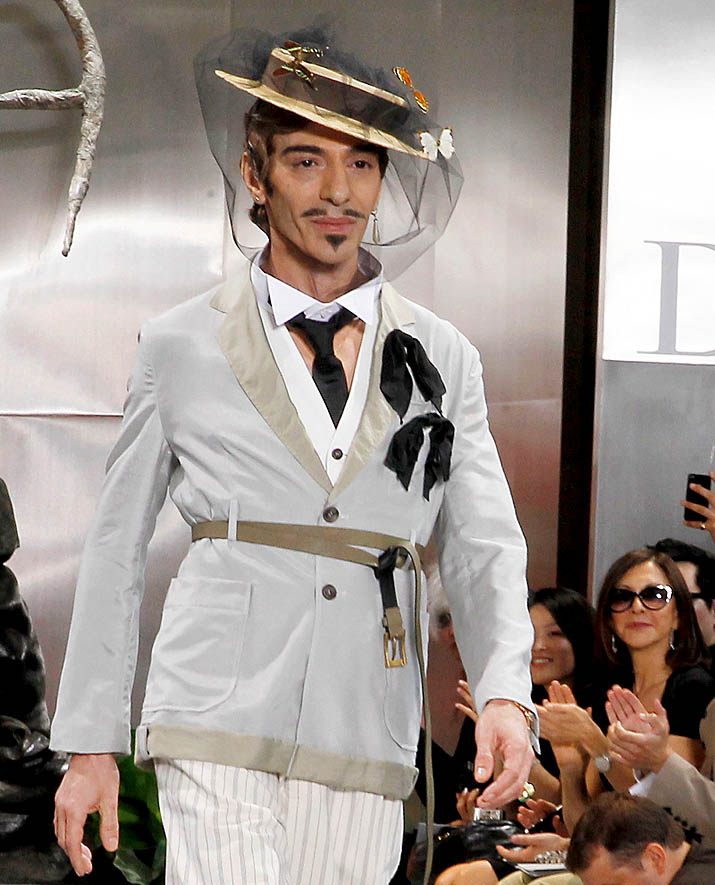 With 2 years of sobriety under his belt, the question now is whether or not Galliano will make a comeback to the fashion world. Sichy’s prediction is yes.

Galliano was stuck in a chasm, but there were a small number of people who were there to help pull him from the depths of desolation. A notable example is Kate Moss. Shortly into his recovery, Moss, a saving grace for Galliano, asked him to design her wedding dress. The idea had been discussed back at his days with Dior, but Moss’s decision to go through with the design post-controversy has been particularly significant for Galliano. It was a time where he felt like an outcast, that Moss offered this gift to him. “Creating Kate’s wedding dress saved me personally because it was my creative rehab. She dared me to be me again,” said Galliano. 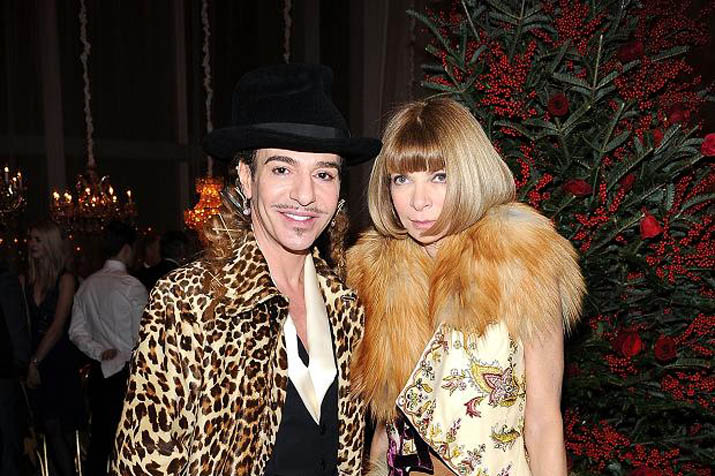 Despite the lack of supplies available to him, Galliano created one of his most masterly and exquisite dresses ever. “It was gorgeous,” said Moss. “… A diaphanous 1920s-type dress, romantic, with gold sequins in the shape of a phoenix–as if he was saying he would rise from this. “

Another spirit-lifter was Oscar de la Renta. The world-renowned designer called for Galliano to be a guest artist for his fall/winter 2013 collection. Galliano spent several weeks in de la Renta’s studio, adding his touches to the 80-year-old designer’s masterly creations. Show time, Galliano made a guest appearance, where the overall reaction seemed positive. The positive reviews from the show suggested that Galliano might have the consumer approval he needs to make a fashion comeback. 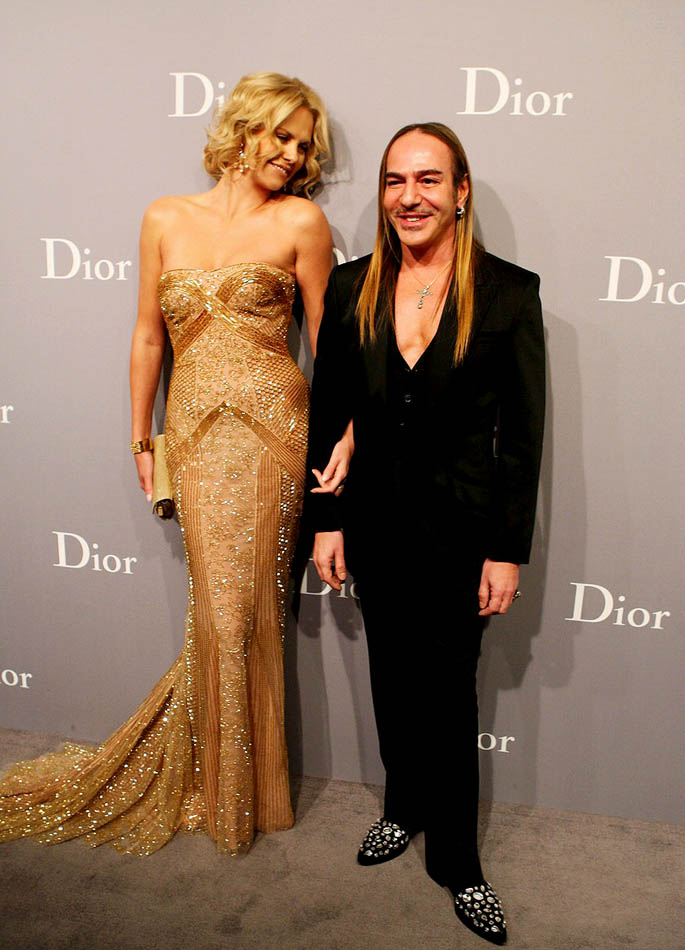 “John Galiano is one of the great talents of our times,” said de la Renta. “It’s always great to have another eye challenging you and we had a wonderful time working together. I think he deserves a second chance, no question about it.”

We agree with de la Renta! And another reason why Galliano deserves a second chance is that he has gone through great lengths to make amends, change his ways, and recover from his illness. “I know it sounds a bit bizarre, but I am so grateful for what did happen, “ Galliano told Sischy. “I have learned so much about myself. I have re-discovered that little boy who had the hunger to create, which I think I had lost. I am alive.” 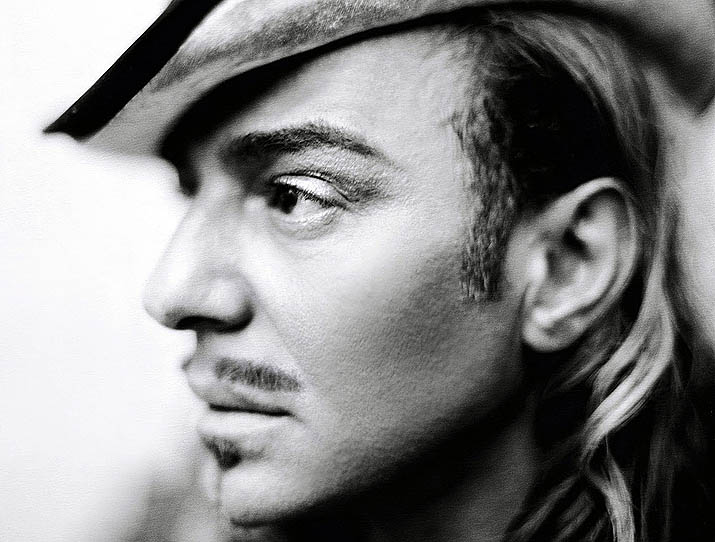 Galliano’s interview with Sischy was the first that he had ever given sober. And in his newfound sobriety, Sischy could sense his eagerness to start doing what he loves again – design and make beauty. It also seems that there are some people who are anxious to see what Galliano may create after a two-and-a-half-year rollercoaster ride of isolation, inebriation, and recovery. 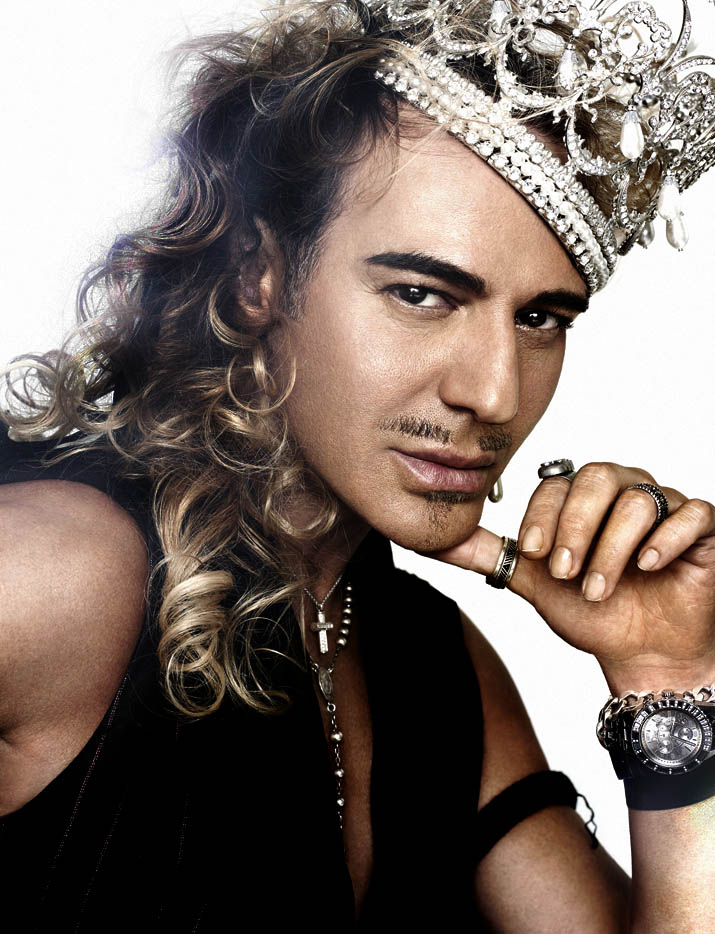 We’re anxious too! Galliano needs not spend the rest of his life paying the consequences of his mistakes – he needs to get out and start creating his masterpieces once again! Lets face it, we are all waiting for his comeback! Did you hear that John?