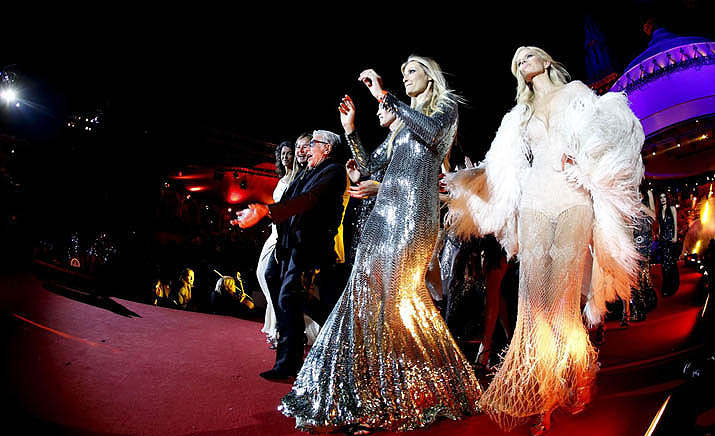 Prominent figures and A-listers such as Bill Clinton and Fergie were among the 350 guests, as well as top models Karolina Kurkova, Eva Riccobono, and more. 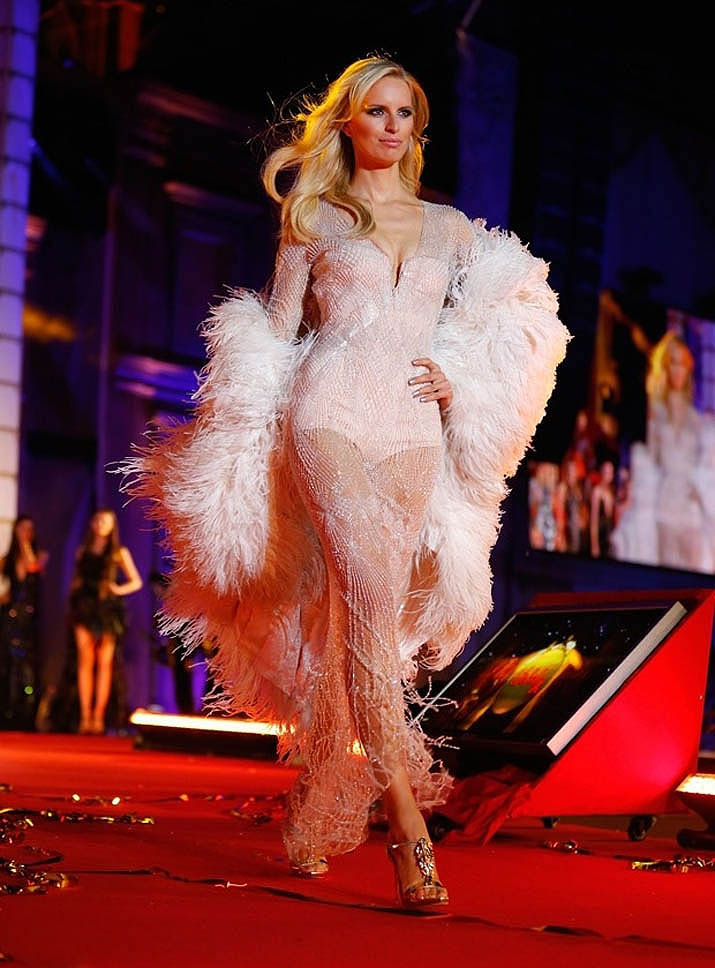 Following the evening’s cocktail reception, Cavalli staged the Life Ball Fashion Show where he showcased his designs on the red-ribbon catwalk. “I wanted to make the colours with a lot of gold like our sunglasses and inside to be very mysterious,” said Cavalli to Marie Claire. Both models from around the world, and famous personalities strut their stuff down the runway in Cavalli’s pieces.

The beautiful Kurkova stood out especially in an all-white ensemble, clad in elegant sheer fabric, juxtaposed with a heavy fur-like coat. What a sight! “We want to convey emotions and amaze with our gowns and present Lifeball with the Cavalli glamour and creativity in an effort to support this important humanitarian cause,” said Cavalli, and wife Eva. 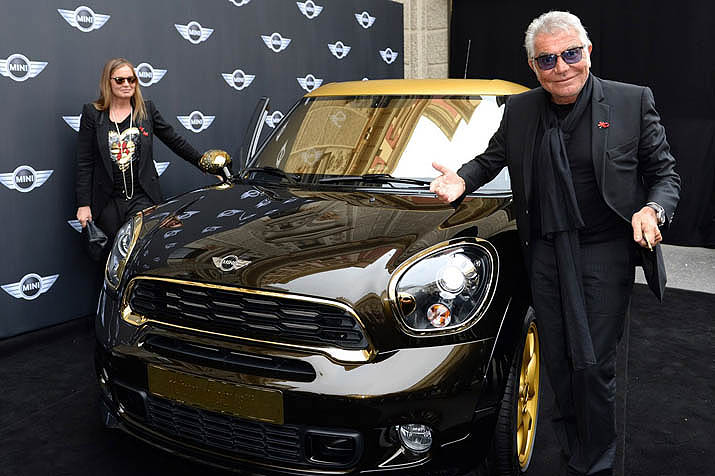 Also supporting Life Ball was MINI, the mini cooper car company owned by BMW. The car group chose its eighth and newest model in the family, the MINI Paceman, to be custom designed by Cavalli, and auctioned off. Cavalli brought to the car his signature style and hallmark designs. The renowned designer incorporated gold features, iridescent paint, and animal prints to create a very special, one-of-a-kind car. It was sold at an unprecedented 150,000 EUR.

The AIDS Solidarity Gala at Life Ball was not the only highlight of Cavalli’s week. Just one day earlier, on Friday, the designer, known for his exotic prints, launched the official opening of the new Roberto Cavalli Flagship Store in Vienna. And if that’s not enough, Cavalli hosted yet another Gala – Cinema Against Aids held on Thursday May 23 by Life Ball’s biggest partner organization amfAR. The event was held in Cannes France, from where Cavalli and his wife Eva flew in directly to entertain the following events in Vienna. 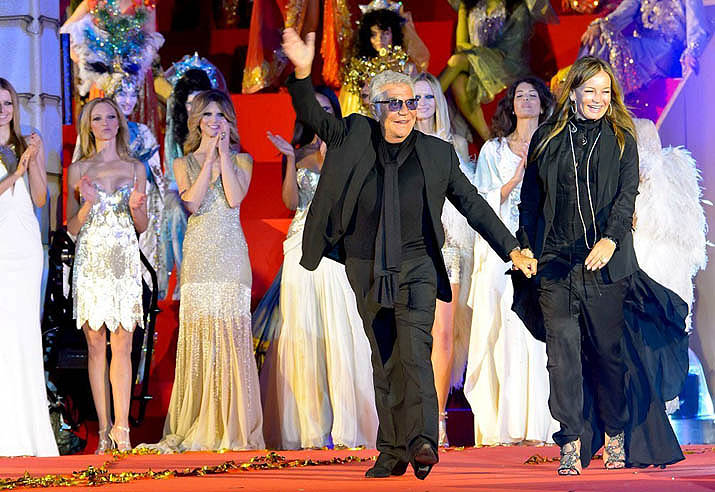 Three top-notch events in three days – If anyone can pull it off, it is Cavalli, and he did so amazingly and gracefully. “ Roberto Cavalli is unique in the opulence of his fashion – combined with his long lasting dedication in the field of HIV/AIDS he meets the spirit of Life Ball like no other,” said Gery Keszler, organizer of Life Ball.

Life Ball is one of the biggest AIDS charity events in the world. It is a celebration of life, and serves as a voice for those who suffer from the disease. There are many people from around the world who are fully committed to Life Ball’s goals and projects. The Cavalli fashion house is one of the most committed in the fight against HIV/AIDS – We can’t wait to see what’s next!