With much anticipation and excitement, introducing Flash the second fragrance by Jimmy Choo. Created by the co-artistic directors of Jimmy Choo Sandra Choi and Simon Holloway, Flash is a solar floral based upon a bouquet of white flowers. It is a sensual fragrance that evokes the excitement of going out. The creative directors Choi and Holloway had a distinctive vision for the Flash perfume, it’s muse and emotions they wanted to inspire.

Choi and Holloway said that “Flash is about the cool rush of excitement and sense of power a woman feels when dressed up in a pair of sexy shoes. It’s character, which is both heady and effervescent, captures this perfectly.” Flash is about the red carpet, the night clubs and glamor of dressing up, were adrenaline and confidence collide. 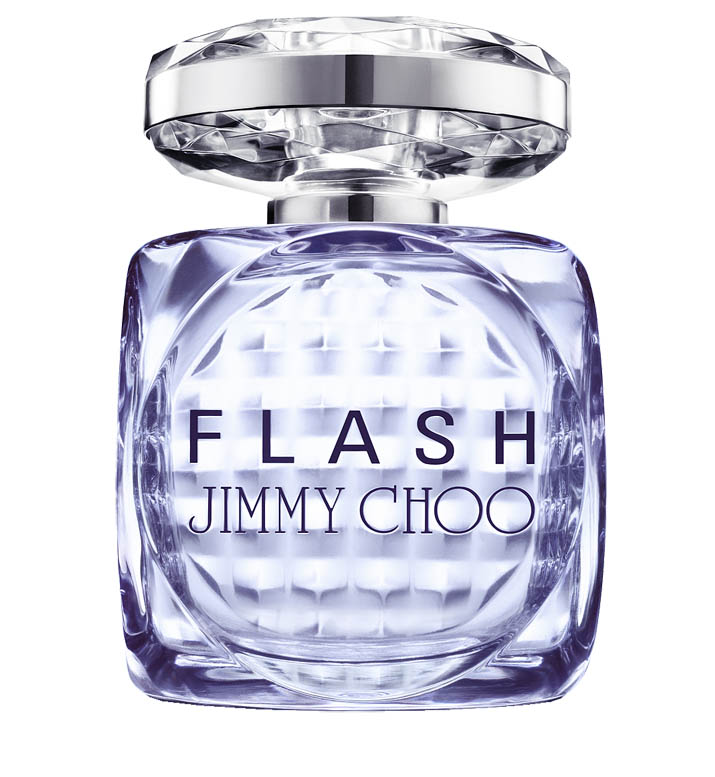 With such a heightened aim on exuberance and luminosity, there is no wonder they chose a top supermodel and renown photographer Steven Meisel to work the campaign. Russian supermodel Natasha Poly was chosen to be the face of the perfume in the ad campaign shot by leading photographer Steven Meisel. The campaign captures a moment of insatiable and hedonistic behaviour. We witness model Natasha Poly reclining on a club floor, relishing her role as the center of attention. She’s luxuriating in the aftermath of a moment of unabashed excess. “It’s about living the moment, pushing the boundaries whilst retaining a dangerous allure,” says Choi. Choi and Holloway also loved working with both Meisel and Poly saying:

“He is able to perfectly capture the mood of luxury and glamor, while revealing a hidden sense of fun and the forbidden,”. “Natasha Poly’s smoldering good looks can’t help but spark attraction, but they also have a cool, slow burning sexiness”. The model’s look and spirit embodies the Jimmy Choo woman: international, confident and beautiful. 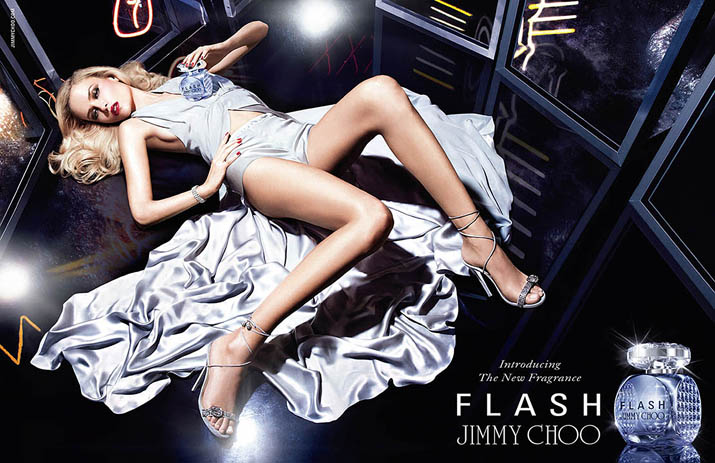 FLASH is a white floral that is carnal and provocative. The perfumer, Christine Nagel says, “I created FLASH for the self-confident, urban Jimmy Choo woman: sexy, rebellious and sophisticated. I imagined the sound of her heels, clicking on the streets of New York, London and Paris.”

The fragrance opens with pink pepper, tangerine and strawberry, for a fresh, sparkling introduction. As these glittering top notes evaporate, heart notes of strong, exotic white flowers, with a tuberose signature enriched with notes of jasmine and white lily, reveal a heady, sexy character. A base of white, powdery woods gives a lasting impression that is both seductive and sensual, but never too much. “As a brand, Jimmy Choo is so resolutely feminine that the perfume had to have a sensual background. I used white woods, a contemporary note that gives a feminine, sophisticated touch but maintains luminosity,” says Nagel.

“Christine Nagel is a modern artist in fragrance. Her olfactory vernacular is the definition of cool, but her sensibility is always ultra-feminine and luxurious,” says Holloway.

In regards to the luxurious bottle, “We see fragrance as another accessory, we want women to feel as excited as they do when they buy a pair of shoes or a handbag,” says Choi. The bottle was inspired by a modernist chandelier from the 1970s, and references a palette of crystal, lucite and metal. In keeping with the FLASH story, it was designed to play with light and gives a shimmering mesmerizing effect. The colour of the bottle takes its inspiration from the ultraviolet lights of a nightclub and alludes to the flash of a paparazzi bulb. It is at once cool and electric. 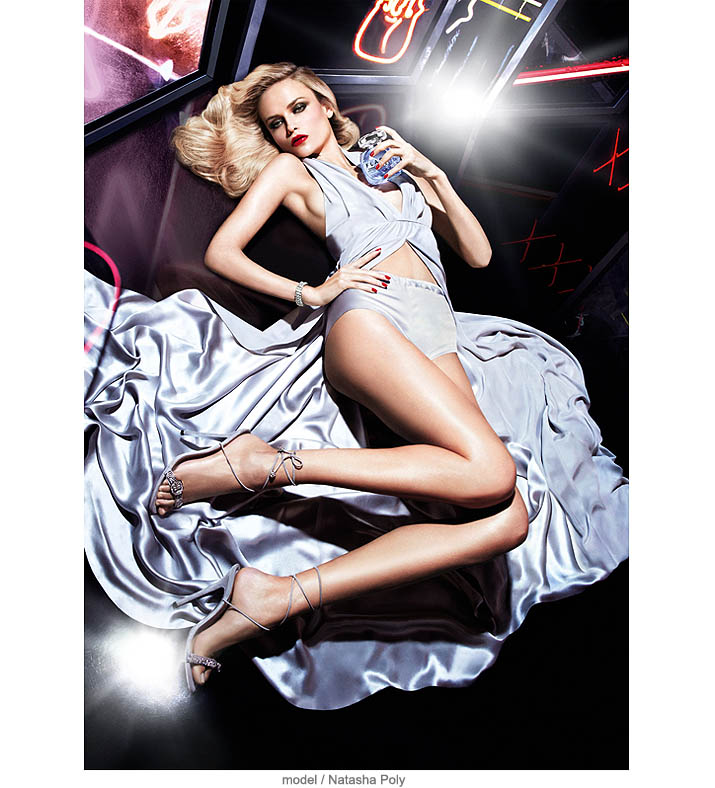