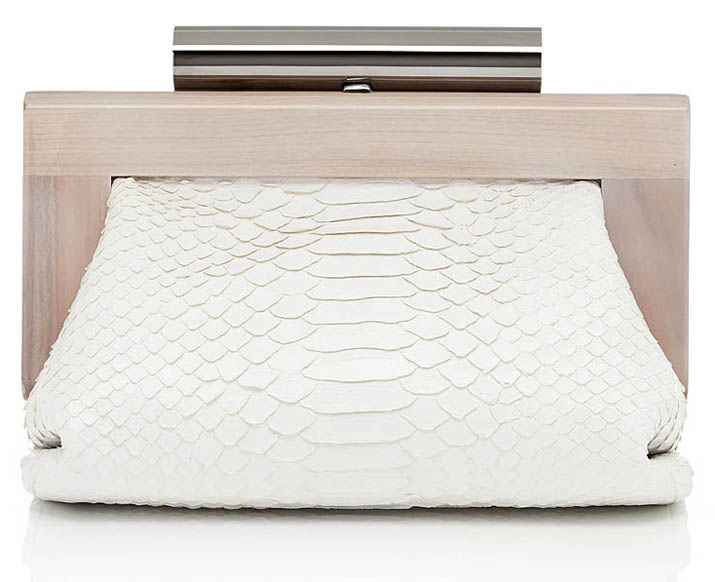 Devi Kroell’s says her obsession with handbags began at an an early age “I think that  the whole handbag (obsession) has been laid in to my cradle literally, my Mother used to tote around an Alligator Bag were she put all my bottles and my diapers, that is were it began” she told Tina and Kelly of The Bag Snob interview with Devi Kroell. With a design background in fashion, Devi studied at the University of Applied Arts in Vienna under teachers like Helmut Lang who trained her very vigorously in Fashion. Devi debuted her first collection in Spring of 2004 and says she finds a lot of her inspiration from traveling to places like Indonesia, Malaysia, Singapore, Phillippines and France.
Devi Kroell Moon Beluga Clutch
From her original python hobo bag to her crystal-studded wooden clutches, Kroell knows how to perfectly design bags with taste. In 2006, Kroell earned the Swarovski Perry Ellis Award  for Accessory Design, leading her to opening her first boutique in East Hampton, New York. 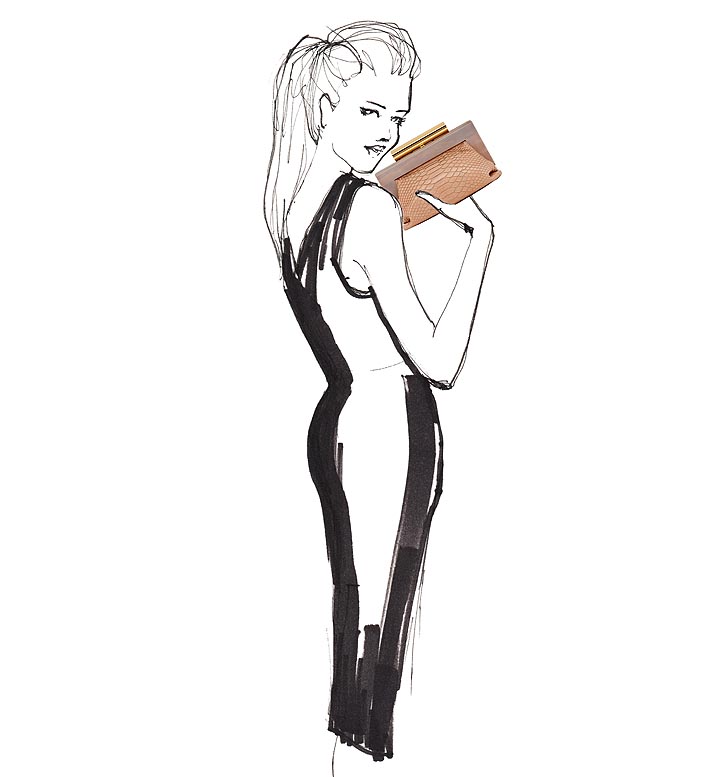 Two of Devi Kroell’s iconic styles are the “Moon Beluga Clutch” & “Blush Beluga Clutch”, ingeniously pair polished hardwood frame with a semi-structured body. These unique bags are made from rare exotic python sourced from around the globe finished with Devi’s signature metal roll clasp. Crafted to perfection by master Italian craftsmen, Beluga Clutches have versatile design that can be easily carried from day to night. Pair the modernist Moon Beluga or Blush Beluga with polished white or nude dress with chunky pumps. 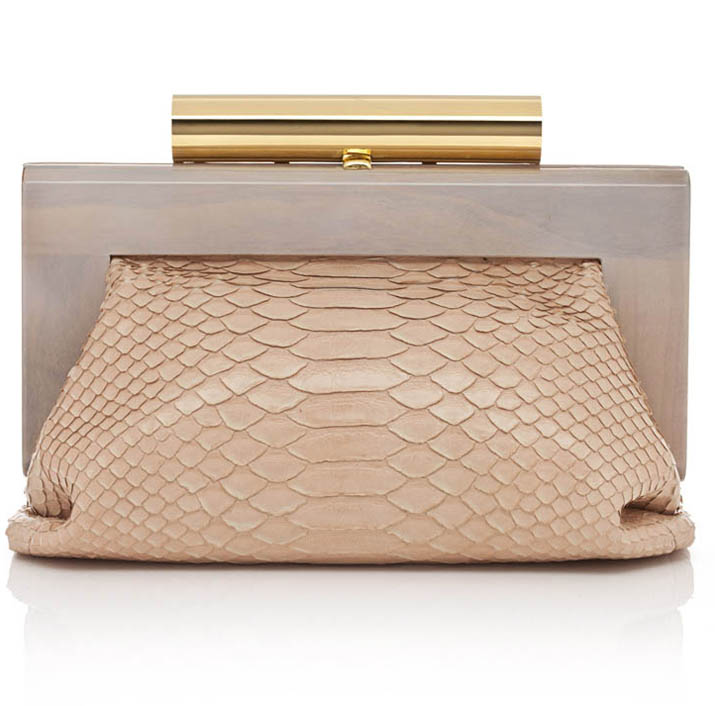 Devi Kroell’s Moon Beluga Clutch and Blush Beluga clutch have a retail price of $2,900
Can be purchased by visiting the Moda Operandi website at http://modaoperandi.com/devi-kroell/ss-2013/accessories-888/items/.
Moda Operandi is a great website that sells clothing and accessories from right off the runway. The website that used to be by invite only is now open to everyone.
This item only ships within the USA, excluding California.