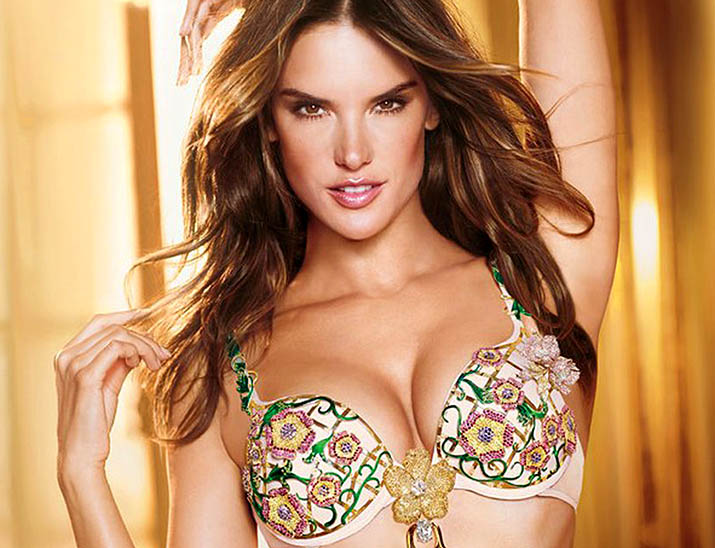 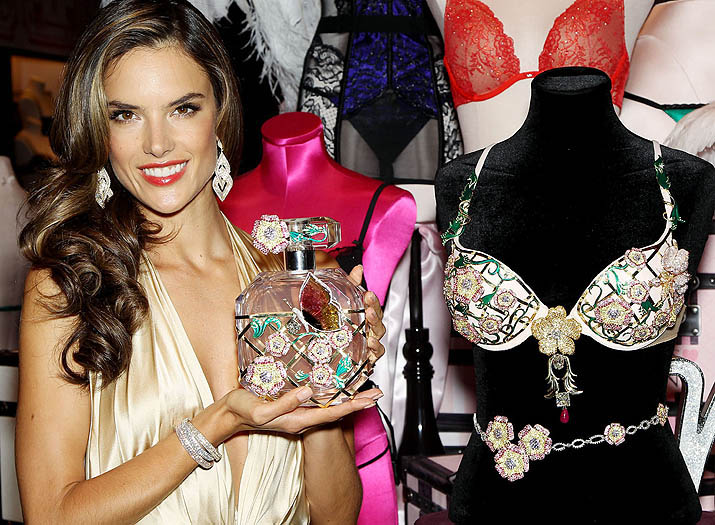 This is the first time Alessandra has been awarded the honor of modeling the $2.5 million dollar VS Fantasy Bra, following the footsteps of the most legendary supermodels who have recieved the honor in the past years including : Gisele Bundchen, Adriana Lima, Heidi Klum, Tyra Banks, Miranda Kerr and Claudia Schiffer among others. Alessandra will be wearing the special Floral Fantasy bra on the runway in the Victoria’s Secret Fashion Show, airing December 4th on CBS television network (10/9C). 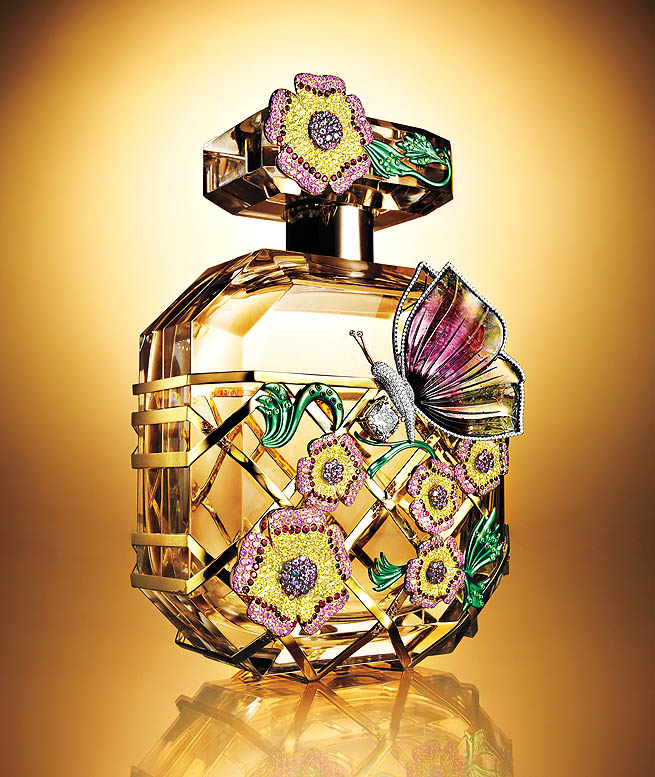 In addition to the Floral Fantasy Bra Gift Set, Victoria’s Secret debuts the $500K Bombshell Fantasy Fragrance this holiday season. It’s the brand’s award-winning Victoria’s Secret Bombshell Eau de Parfum blinged out for the holidays. The fragrance has notes of purple passion fruit, Shangri-la peony and vanilla orchid. The bottle is comprised of white, pink and yellow diamonds, sapphires, tsavorite, rubies plus a 10 carat white diamond and an exquisite one of a kind, hand carved tourmaline butterfly. Over 15,000 stones from around the world were inspected to find the perfect colored, size and shaped gems to create the one of a kind bra, belt and fragrance bottle. These fantasy gifts were inspired by the idea of dreamy fantasy garden filled with vibrant colored flowers and heavenly Angels. 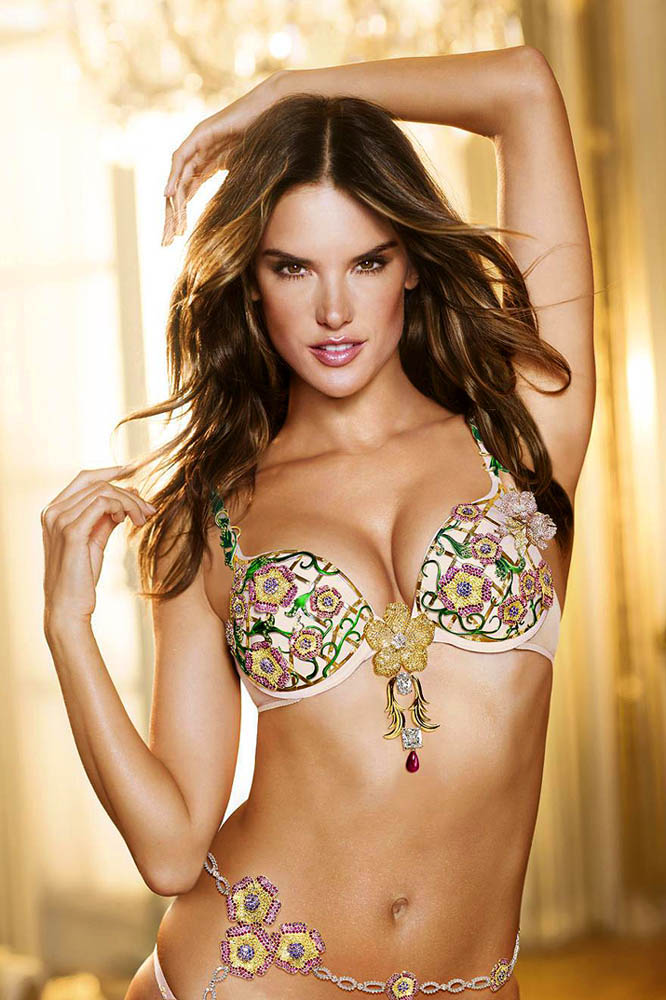 Plus, Victoria’s Secret is launching a free holiday app that allows one to experience the magic of the Christmas Dreams & Fantasies Catalogue on their iPad. The Victoria’s Secret Holiday App brings interactive features and exclusive content to every page including Angel interviews, fun facts from the shoots, behind-the-scenes videos and beauty how-to’s. Customers can also shop right from the page, all without leaving the app, and share favorite content with friends via Twitter, Facebook and e-mail. The App is available for download from the iTunes store on October 20th. 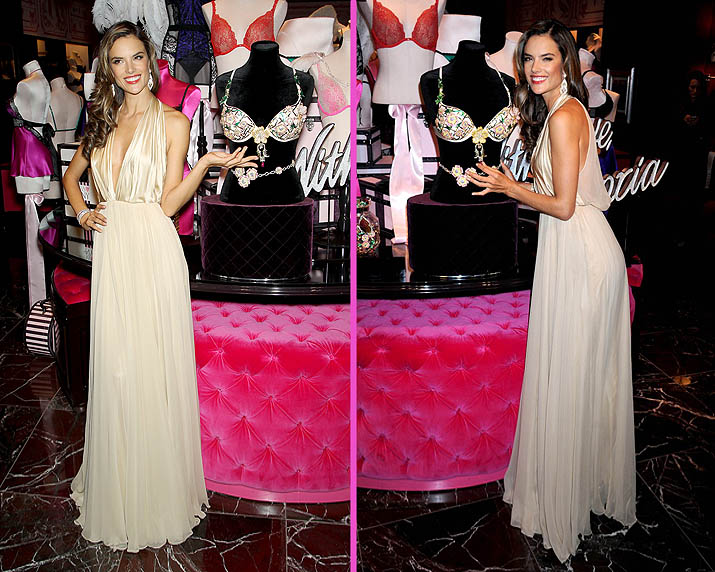 And just in time for the holiday shopping season, the Victoria’s Secret Herald Square flagship in New York City has re-opened and is sexier than ever! The newly expanded and designed store is now the largest in the world and features all of our best and most expansive collections – bras, beauty, Swim, Sport, PINK and more. The three-story flagship features a dedicated room that highlights the most important moments in the brand’s history, while focal video walls feature captivating Victoria’s Secret footage. Only at Herald Square can customers experience the first-ever, European-inspired perfumery where they can select their perfect fragrance.