Discovered on the streets of her native Denmark, Freja Beha Erichsen made her debut as a model in 2005.  Erichsen appears on the October 2012 issue of Mexican/Latin fashion magazine Glow! which celebrates the model and her career. On the cover Erichsen is wearing a classic black t-shirt, Freja poses using her standard turned head, simply,  with natural makeup complexion that lives up to the magazine’s natural Glow name. 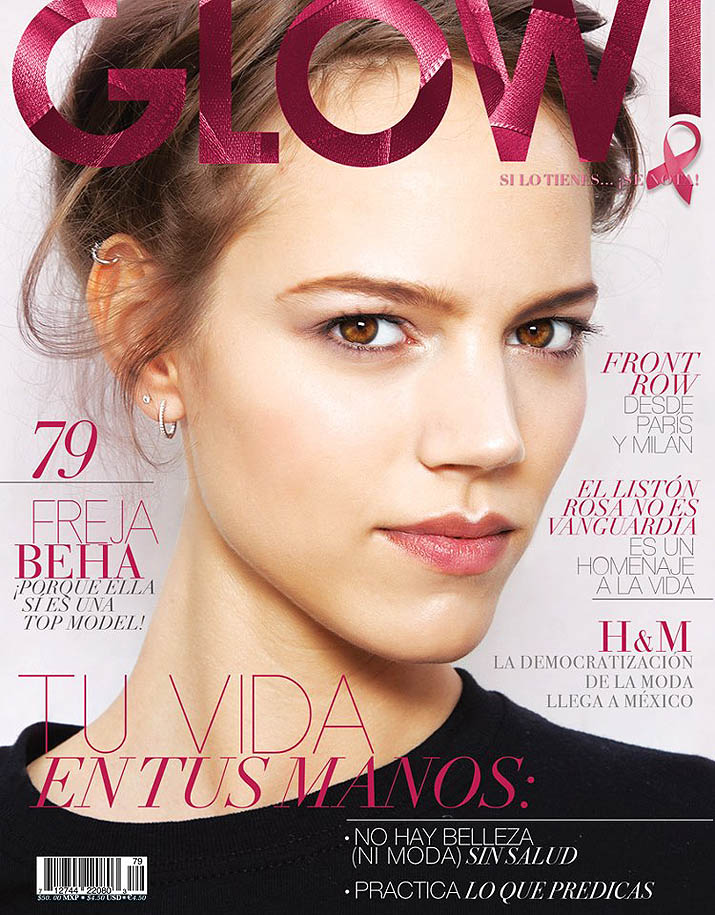