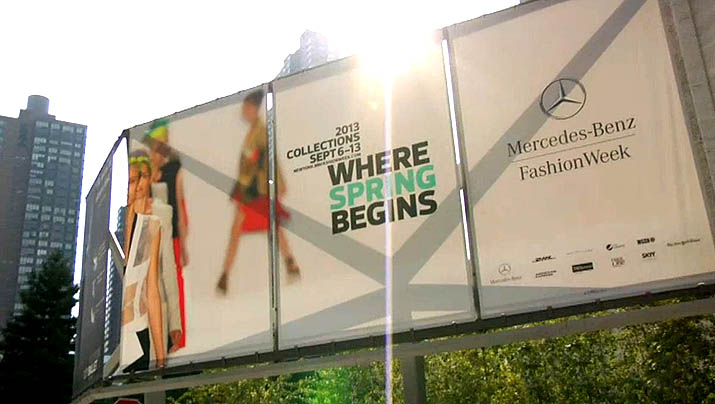 by Danielle Toner
Bold flashes of color and adventurous prints ruled the runway earlier this month at the Mercedes Benz fashion week in New York City.  From September 6-13, spring/summer 2013 collections were being launched left and right by a number of big-name designers and brands such as Diane von Furstenburg, DKNY, Emilio Cavallini, J Mendel, Joseph Abboud, Juicy Couture, Michael Khors, Ralph Lauren, Tory Burch, Vera Wang, Whitney Eve, Zac Posen, and many more.
Springing the week into action was Bernardo Rojo for the Joseph Abboud label.  Held on September 5 at the New York Public Library, it was the first of many great and memorable shows.  Gathering audiences such as “Twilight” star Kellan Lutz, and Olympic Gold Medalist Ryan Lochte, Rojo was proud to show his new, fresh men’s line.  Handsome male models such as Bryce Mathias walked in confidence, showing off their crinkled, modernized American suits and neoprene motorcycle jackets.  (photos below) 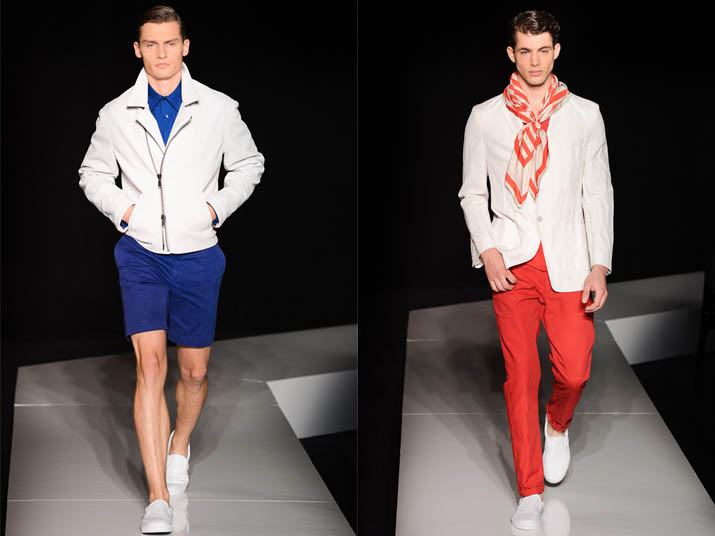 Also sported were wool v-necks, cotton shorts, and bright colors.  Rojo described his collection as “80s mixed with 50s.”  He wanted to offer an “easy, and effortless style” to make his men look strong and sharp.  And an easy to wear style it was, as corroborated by Mathias who described the clothing as pillow-like -something he would like to nap in.  Mathias liked Rojo’s designs so much that he was depressed when he had to take them off in turn for his own “lousy” clothes.
Among the many catwalks on September 11 was Tory Burch who put on a spectacular show.  Her line was dominated with elegance this season by yellows, whites, and prints on prints.  “I love the idea of mixing prints on prints,” she said to mercedesbenzfashionweek.com.  “It’s all about the mix for us this season.”  Another big theme in her 2013 spring/summer line was tie die prints and tailored silhouettes fashioned in a bohemian manner.  Burch would often gather things from markets, whether from Morocco or India, and incorporate them into her work.  As we can see in her new collection, her multifarious sensibility for design continues to thrive. (photos below) 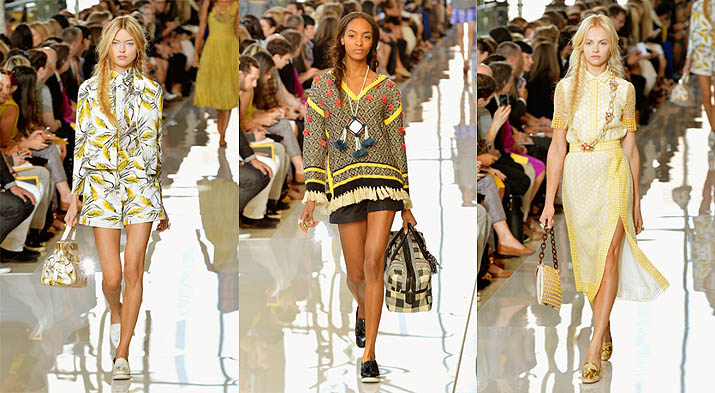 Helping to end fashion week with a bang on September 13 was Francisco Costa for Calvin Klein.  Dominated by black and white, his new collection was clean and structured, complete with an array of seductive yet classy cocktail dresses.   Feminizing lines spruced up the sexiness of Costa’s simplistic pieces, emphasizing curves through a play of folds and shapes.  “I thought it was a huge hit for him,” said editor in chief of Essence Magazine Contance White.  (photos below) 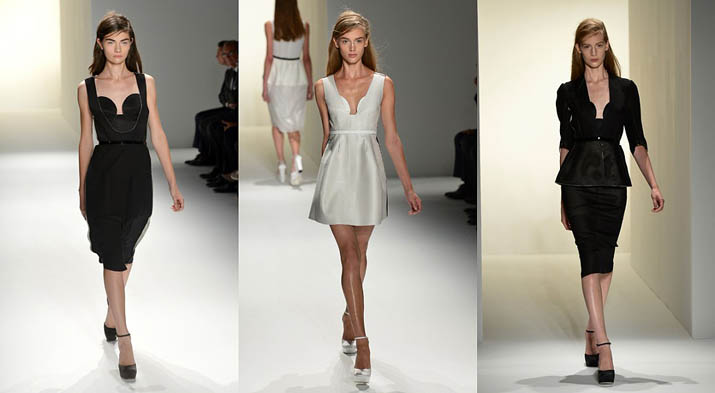 And a hit it was, as well as for all the other designers, who brought striking new prints, cuts, and genius designs to the renowned runways of Mercedes Benz fashion week this year.