Dior VIII is deemed as the “little black dress watch” with an innate sense of elegance, precise detail and inexplicable craftsmanship, while maintaining the very aesthetics of Christian Dior himself. Please, count with us the many facets of the House of Dior and their enlightening Dior VIII lady’s watch. Let us celebrate the spirit of Dior with their brand new ladies’ watch, newly opened official site  and quaint little location at 8 Place Vendome, Paris, France. 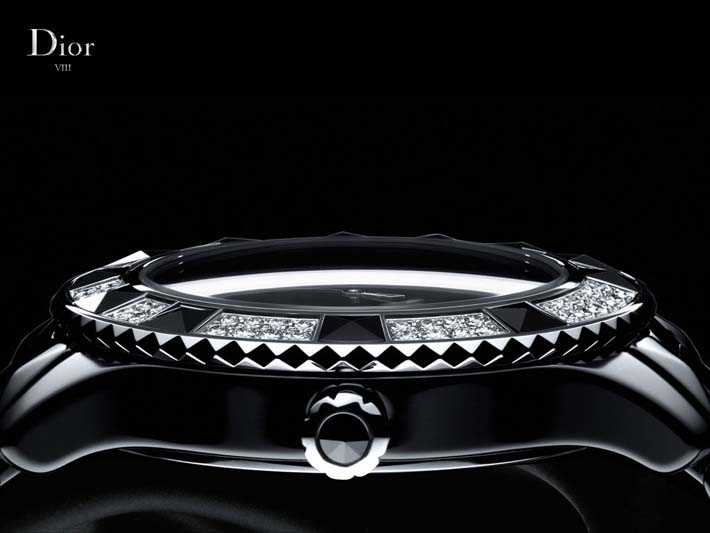 Significance of the Dior VIII the number 8 was a lucky one for Christian and the House of Dior.

Unveiling the Dior VIII, the new watch collection for ladies under the Christian Dior label is pronounced with the French term ‘Huit’ for the Roman numeral eight. Dior Huit carries the individually. Pyramid-shaped ceramic links that mimic the signature Dior Quilted Lady Handbag style, with deep black lacquer dials with VIII at the 8 o’clock mark. Why the love of VIII? Christian Dior opened his Couture house on an October 8, named his first clothing collection Eight and Dior’s headquarters are at 8 Place Vendome, Paris. The repetition of the lucky number 8 has been recognized as a great significance. Now, the luck struck number is embodies by a ladies’ watch that celebrates the spirit of the House of Dior in each of its multiple facets. (Charlize Theron/actress below image) 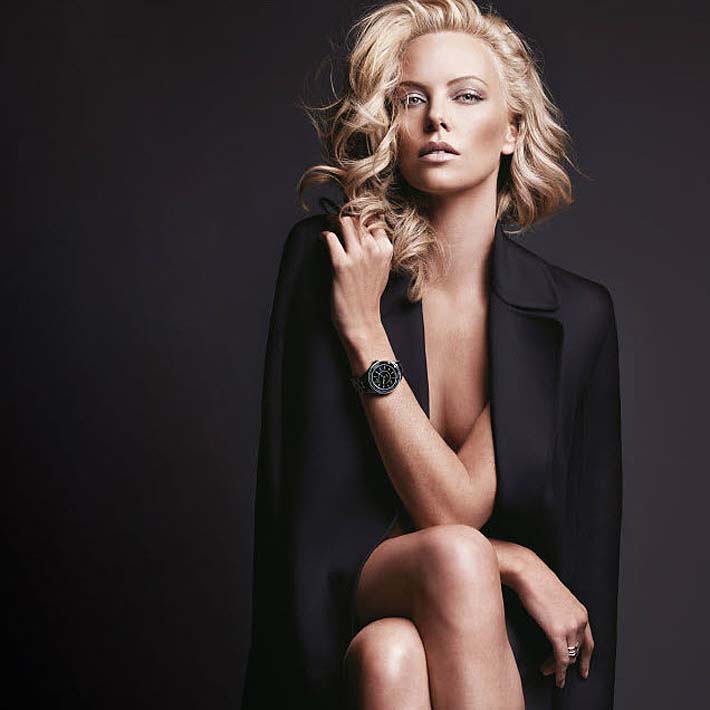 I – Haute Couture –  Like the dressmakers of the House of Dior who perpetuate the art of couture dresses in France, the artisans of the Dior Ateliers Horlogens in Switzerland assemble Dior VIII  watches with remarkable creativity, craftsmanship and precision.

II – Architecture – Dior VIII is ultra-feminine with crisp outlines that are reinterpreted from the Couturier’s passion for highly-structured forms. Christian Dior once said “I wanted to be an architect.

As a couturier, I am obliged to follow the laws and principles of architecture,” referring to his first fashion collection, in 1947. The Dior VIII watch follows the laws of architectural essence that Christian  Dior so loved.

III – Essence – If Christian Dior would have designed a watch, he would have designed the Dior VIII, and it holds the very essence of his aesthetics. The ridges of the pyramid-shaped facets found on the  bracelet of the Dior VIII watch recall the delicate folds created by Dior’s Haute Couture ateliers for a ball gown and the meticulous stitching this is the characteristic feature of the Lady Dior Bag.

IV – Silhouette – The ambassadress of this new watch making creation by Dior is the popular and adored film-star Charlize Theron because she conveys femininity, spirit and brilliance perfectly. 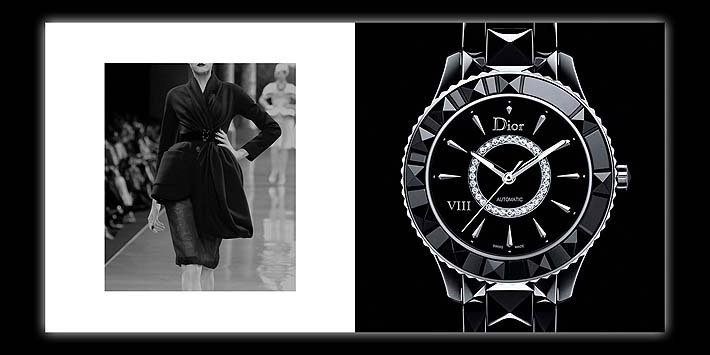 V – Elegance – “Black can be worn on all occasions and at all ages. I could write a whole book just about black,” wrote Christian Dior in his “Little Dictionary of Fashion”. Fashioned with identical care  and attention to that shown in Haute Couture to sculpt outlines in silk, taffeta and fine cloths, ceramic in the Dior VIII has the force to surpass the boundaries of time and fashion.

VI – Preciousness – The Dior VIII is set with colored precious stones and diamonds so that is reflects the tones of a woman’s wardrobe.

VII – Known How – Each component of the Dior VIII watch is shaped and polished with diamond dust using a complex technique, the configurations of the watch are used in the best way known how.

VIII – Eight – Christian Dior’s lucky numeral 8 or in French “Huit” is the only numeral featured on the significant timepiece. 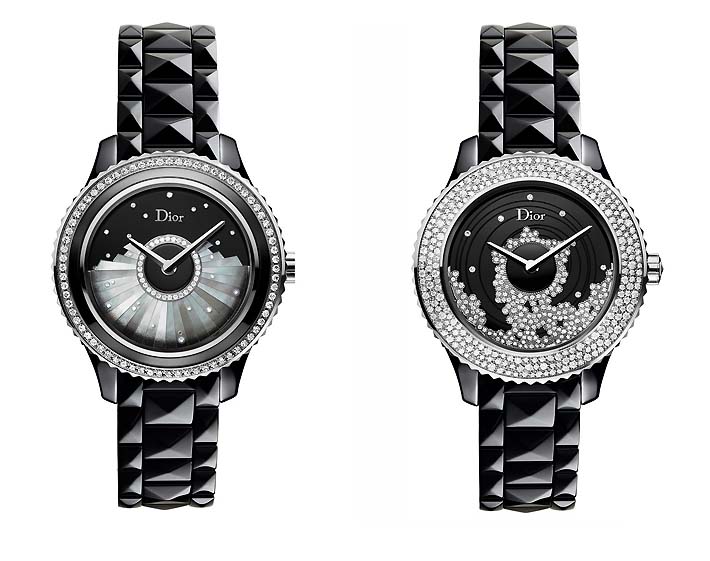 The Dior VIII watch will bring incredible luck to the one who wears it in a “little black dress” as the number has brought significance to the beautiful House of Dior. Please visit Dior’s brand new official website for more details about the Dior VIII Timepiece, browse their collection at www.Dior.com and find an in-depth amount of useful information regarding the timepieces at www.DiorVIII.com.  The Dior VIII Timepieces are valued at $5,000 to $50,000 and available at Dior Boutiques worldwide.