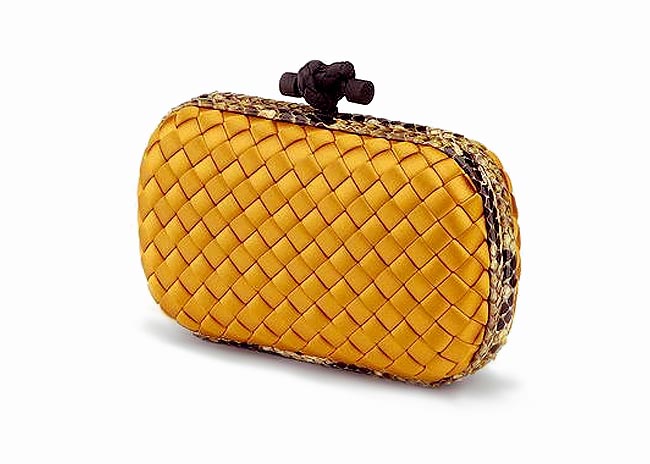 The most beloved Knot is made with luxurious love from the house established in 1966- “Bottega Veneta” which means “Venetian atelier”. “When your own initials are enough”, this discreet no-logo design became such a favorite of international jet setters in the 1980’s that American pop icon Andy Warhol created a short film of Bottega Veneta’s New York City boutique.

Now, acquired by the Florence based “Gucci Group” and French multinational group “PPR”- “Bottega Veneta” is living up to its legendary uniquely craft true to their company’s artisan developed leather-weaving technique called “intrecciato”. The intrecciato technique has become a remaining signature of the Bottega Veneta Company and has lasted through the years. 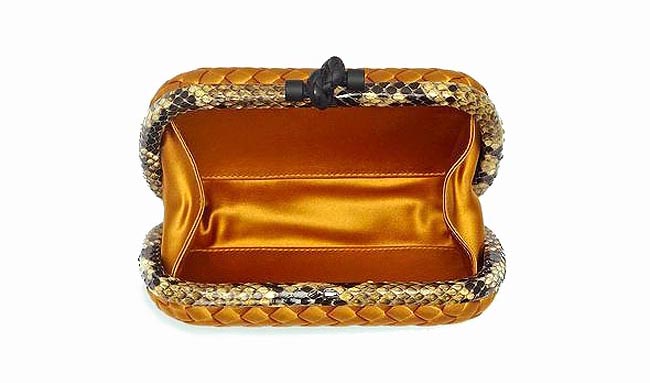 According to Bottega Veneta “The Knot” is one of their most beloved handbags. The rounded box clutch is based on an archival shape that was reintroduced in 2001 and is a masterpiece of design and craftsmanship. Interpretations of the Knot range from understated to extravagant, making the Bottega Veneta handbag irresistible. 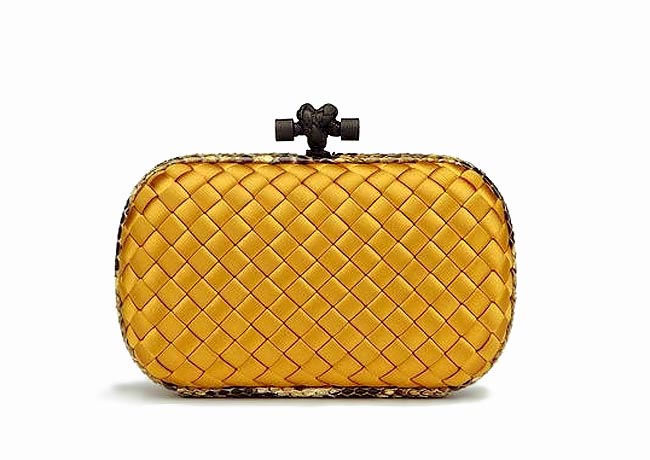 Bottega Veneta’s “Resina Intrecciato Satin Python Knot” handbag comes in a satin increcciato box clutch that is trimmed in python skin. This Bottega Veneta handbag is extraordinarily luxurious and can be found at Saks Fifth Avenue stores or 140 Bottega Veneta stores worldwide in Europe, Asia and North America, with a retail price of $1,380.