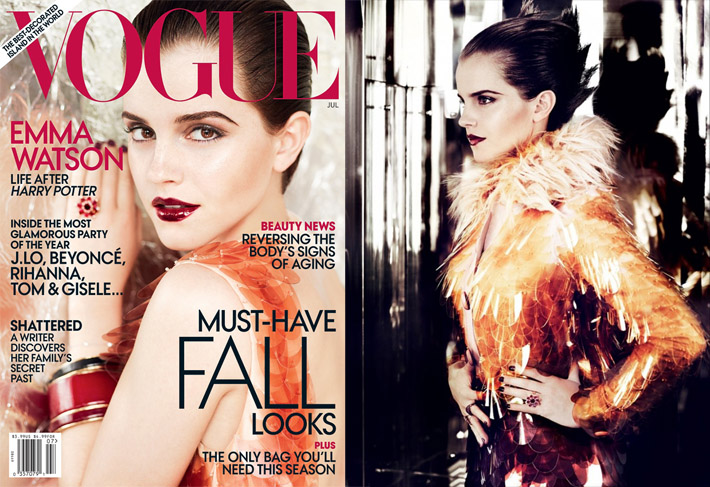 Perhaps one of the most memorable days in London thus far this summer, was last Thursday July 7th.  Not only was it the world premier of “Harry Potter and the Deathly Hallows pt.2”, the final, and most anticipated film in the famed HP series, but also it was a day of exquisite beauty as Emma Watson, or as we may refer to her as, Hermione Granger, graced the red carpet!

When the name Hermione Granger comes to mind, it is only natural to think back to the very first HP film, “Harry Potter and the Sorcerer’s Stone” where Emma, only 8 years old, began filming for her debut on the big screen as a young, bushy-haired, know-it-all bookworm.  A loquacious schoolgirl she played so well – who’d have guessed that she would in years to come turn into an admirable fashion icon!

Since her big break in 2001, we have watched Miss Watson transform from a loveable, pint-sized adolescent into a desirable, sophisticated young lady – and what better way to present to the world her new sophistication than at the HP premier! 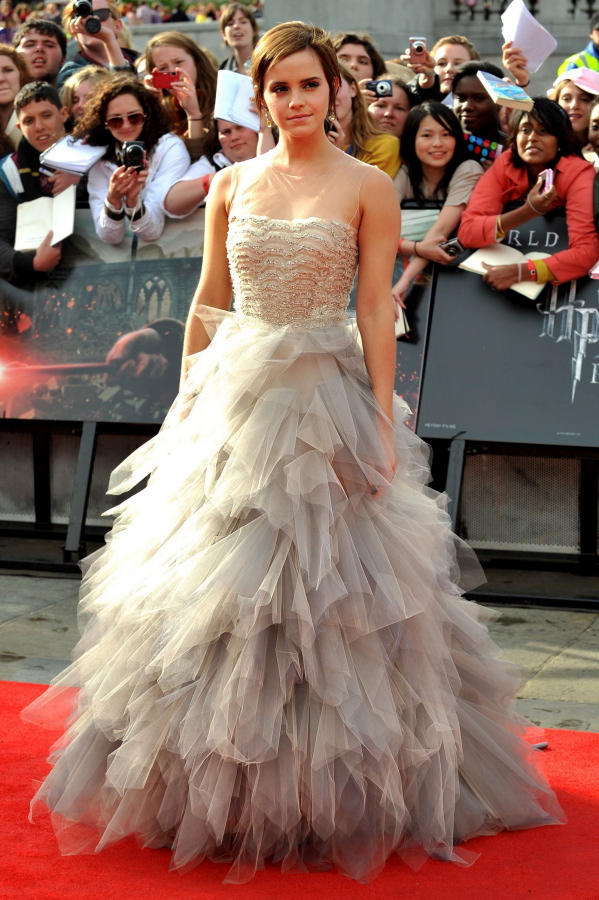 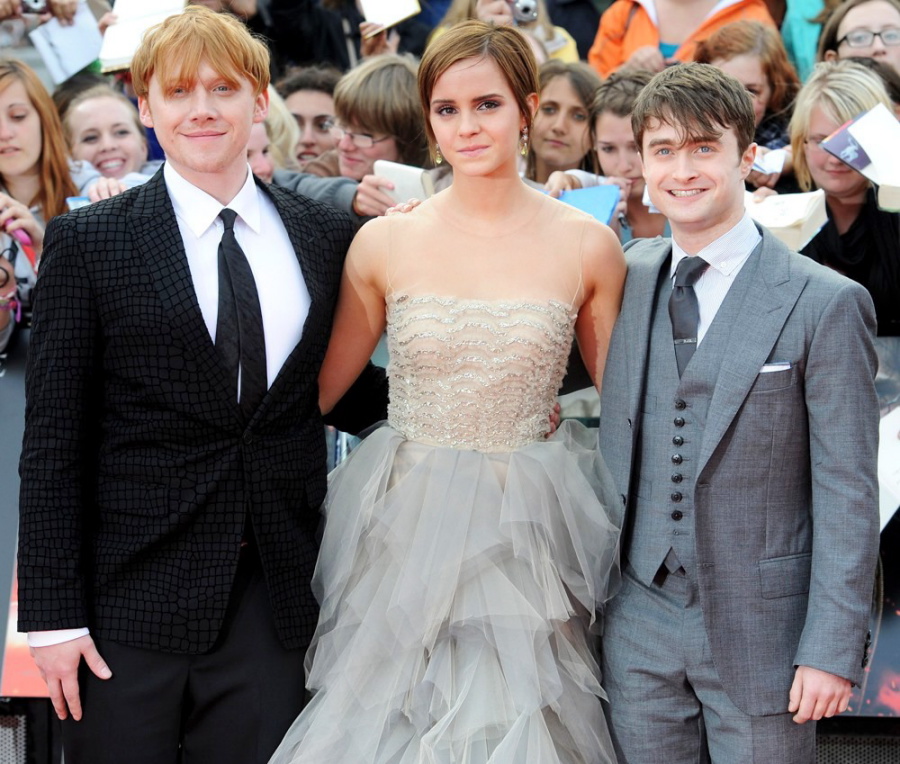 Held in Leicester Square, London, Emma, along side Daniel Radcliffe (Harry Potter) and Rupert Grint (Ron Weasley), turned heads with every step down the red carpet.   Daniel undoubtedly holds the lead role in the Harry Potter movies, but Emma seemed to have won the show on Thursday!

Looking glamorous in an elegant, strapless grey gown designed by Oscar de la Renta, paired with a short, pixie bob, Emma, now 21, shone with fashion brilliance!  Even more, following the main event, the Parisian-born beauty made a quick wardrobe change into yet another gorgeous piece! This time, dressed in Elie Saab, a knee-length piece from the designer’s 2011 couture collection, Miss Watson was another fashion hit!

As a former face of the Winter 2009/Summer 2010 Burberry label, and after having been shot by numerous big-name photographers such as Karl Lagerfeld, Mario Testino and Patrick Demarchelier to name a few, being on the cover of Vogue, it is safe to say that Emma has caught the fashion bug!  We can’t wait to see what’s next!