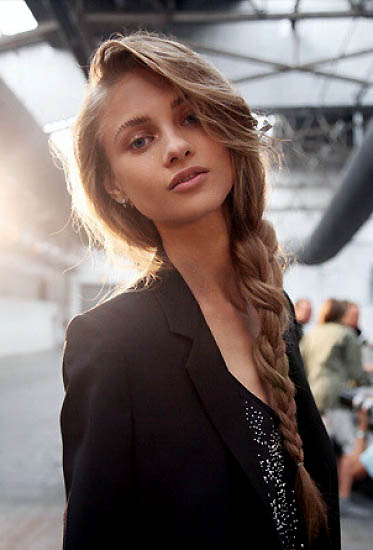 While it’s natural for hair trends to evolve between the years, the resurgence of plaited / braided hair is mostly as a result of the hairstyle heavily featuring on the Spring 2012 catwalks. 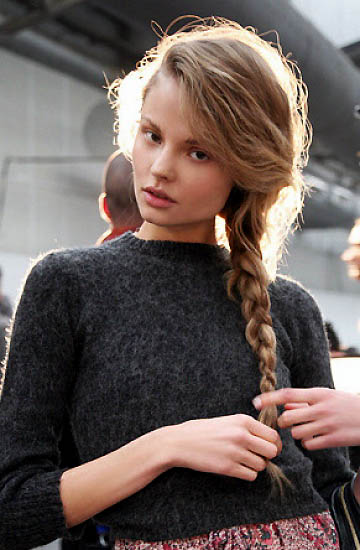 There are two distinct braided hairstyle looks for 2010: the long side braid, and the fish plait as seen on the Missoni Spring catwalk. 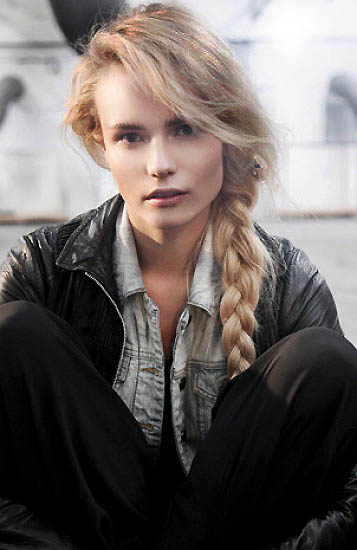 Great with any hair colour.
The side braid can be paired with the slicked side hair style for an edgy interpretation.
The fish plait is 2010’s take on the simple pony tail. 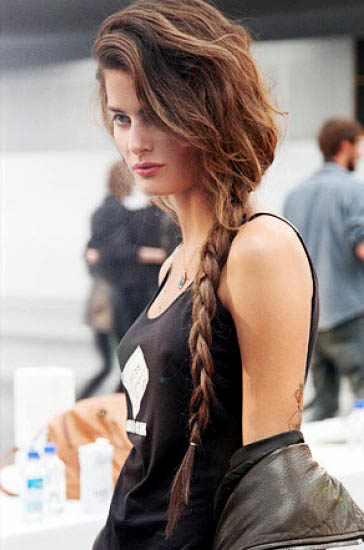 Similarly: don’t thread your fringe, whether it’s cut as a blunt fringe or not, into the braid; instead it is best to style the fringe loosely.The fish plait can be worn with a centre part.

The side braid can only be worn with a side part and the part must be on the opposite side of the head to the braid.

If you’re stuck for a mental picture when styling this in front of the mirror one evening, simply think of it as the Rapunzel braid.
Both styles are great for the Autumn (Fall) / Winter and Spring / Summer seasons.